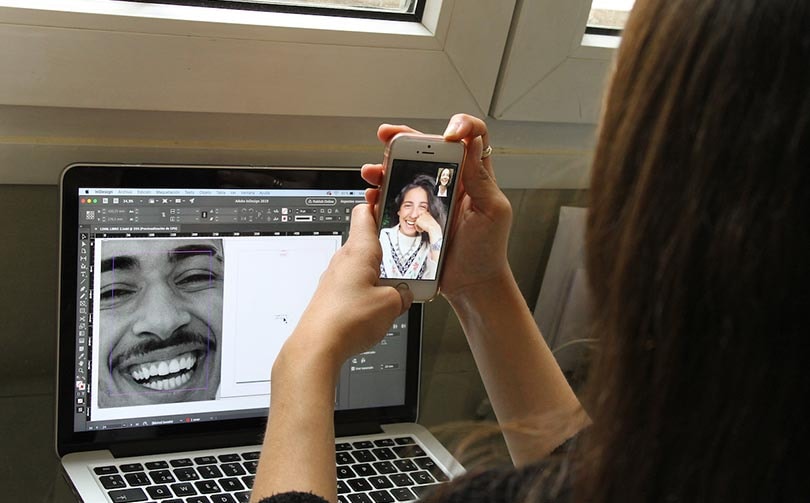 Valencia – The global pandemic in which we have been plunged has been a real big test for all of us. From the big fashion groups in the luxury sector to the designer-slash-authors. Everyone, without exception, has had to turn their strategy around and reinvent themselves. However, it is not only brands that have been caught on the ropes, but schools have also had to adapt their entire system to this unusual context. The classrooms have moved to the homes and the creativity, imagination and, why not, self-management of the pupils themselves are more important than ever.

Six students in the final year of the Higher Degree in Fashion Design at the IED Madrid tell FashionUnited how they lived this experience and, above all, how they faced their final work from the solitude of their homes. This is the "most important project of their four-year career. It is here where they put all their effort to create, develop an idea, and materialize it," explains Moisés Nieto, Fashion Director of IED Madrid. Speaking of this batch of new designers, he is surprised to see "how each student works in the search for his or her identity. They are "non-conformists, totally digitalized and 100 percent committed to sustainable fashion," Nieto adds. “Now is the time to give visibility to the new generation of designers who have a message to give to the world.” So let's hear what they have to say. 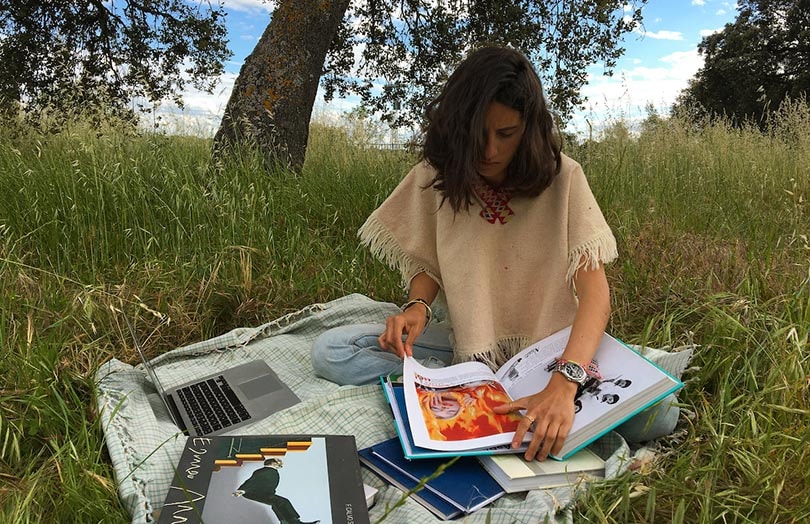 Why twelve thousand? "This figure is an approximation of the number of MENAS (Unaccompanied Foreign Minors) currently in Spain since there are no official records," says María and Inés. For them, fashion is the perfect platform to talk about current issues and in this case, with "Docemil", they talk about young foreigners who arrive in our country before they come of age. Through a documentary in the form of a photobook, they have compiled experiences and stories where they transmit emotions such as "pain, fear or resilience".

Although the bulk of the investigation could have been done before the state of alarm was declared, "this situation is helping us to find at home, resources that we normally have at hand. We are also learning to delegate to each other, to work much better as a team and to put inconveniences into perspective, looking for feasible solutions," they admit. 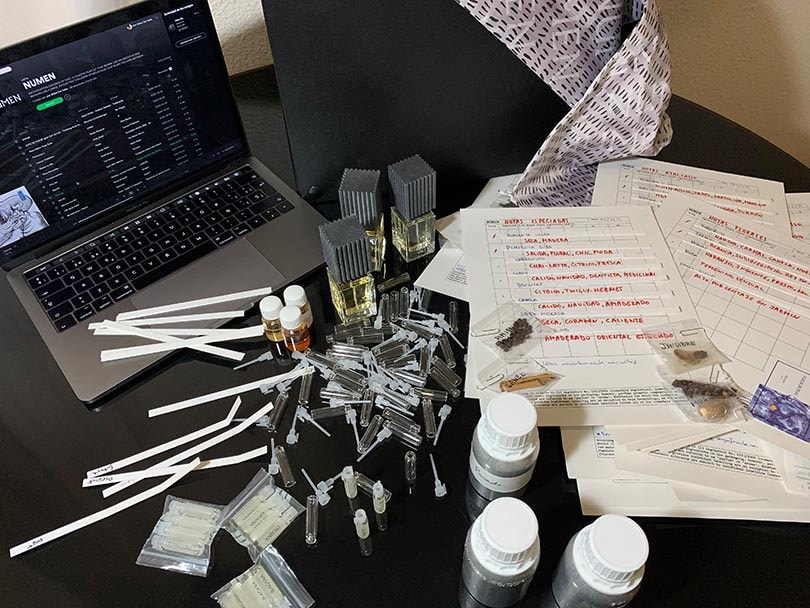 Jon and Aitor had it clear from the start, they wanted their brand to speak for them. "Numen" is an artistic and personal retrospective that takes shape in a selection of three perfumes and with which they seek to transmit their "visions, establishing a radically experimental perspective", they say. A creative project based on the observation of the past and the present. From the study of legendary works such as the fragment of Proust's Madeleine and Marcel Duchamp's ready-made, Rrose Sélavy, together with Man Ray's surrealist photographs, to their own "origins, experiences and sensibilities". 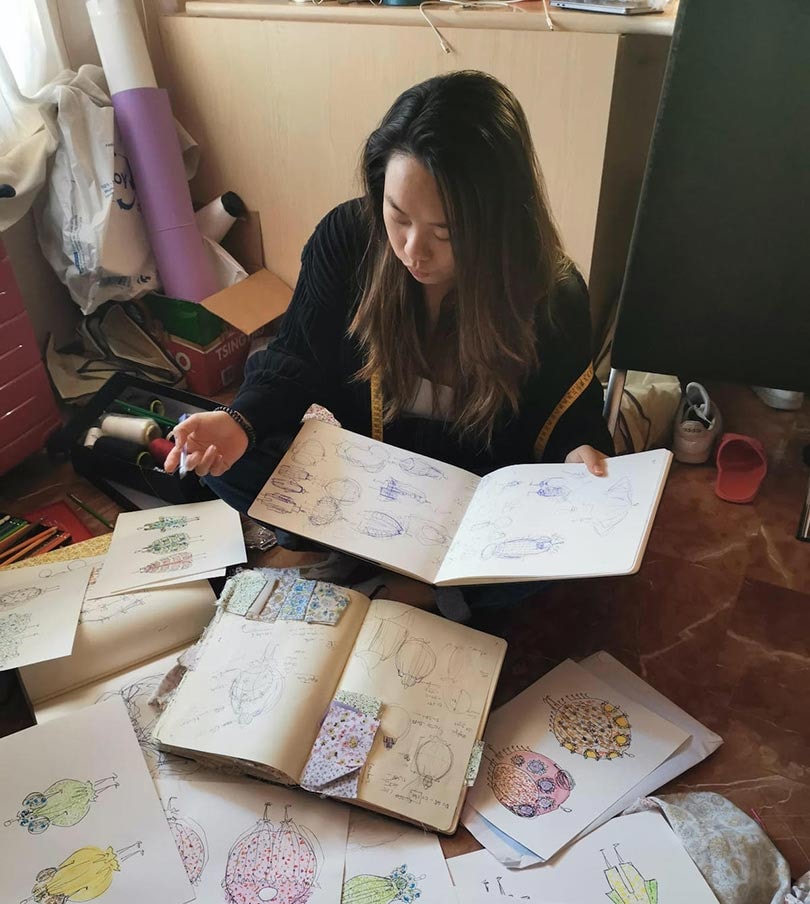 The expression of joy was the starting point of Wang's project. "I like to work on an emotional level in my designs, I seek to express and communicate emotions. I wanted to make something that was happy and fun for both the wearer and the viewer," she explains. This is how the concept of his "surprise garments" came about, which change shape, colour, and even have balloons coming out of them. In short, a true floral explosion, a shot of energy and colour to help us connect with our environment, but also with ourselves.

Like the rest of her colleagues, working indoors has been the real challenge, although she says she feels that she has gone much deeper into it in the face of "such a disconcerting situation". Moreover, in her case, as she is creating large sculptural pieces, she needs "a lot of space and access to a wide variety of materials to experiment. I have had to pull a lot of the online purchase which is slower and prevents me from interacting with the material before I buy it", Wang says. 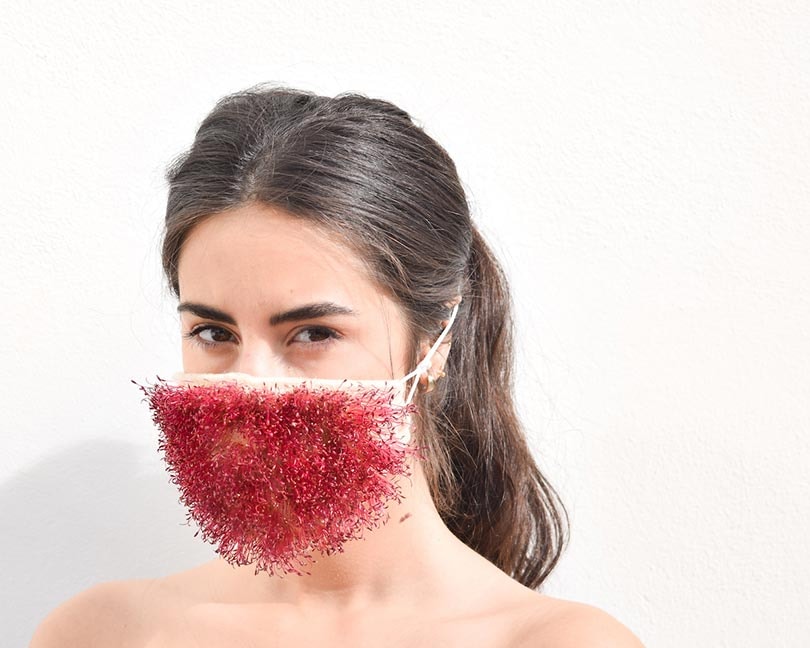 Paula Ulargui has conducted personal research with the purpose of reconnecting human skin with nature. "A nature from which we are so disconnected that we are not even able to feel the price of its absence. We don't know it, we live far from it and we deny its rhythms and processes in ourselves," she says. Inspired by this need, clothing emerges as a tool for reconnection.

For her creative process, she experimented "with all kinds of seeds, sprouts, crops, biomaterials and living organisms to create a series of suits where plants grow and live, even flowers," she explains. At a time when we need to remember this more than ever, "Siamese skins" seeks to raise awareness of "the great need today to create a more conscious, balanced and sustainable fashion industry," adds this double-degree student of fashion design and communication.

For her, the great challenge for new designers is to be the visionaries. "I think this crisis is going to be a huge challenge for everyone, but something positive could come out of it. The fashion industry is the second most polluting on the planet and for some time now there has been a call for change or evolution. I believe that this collapse of the production chains and the industry not only shows us its fragility but could be an opportunity to rethink and implement those consumption and production patterns that can make it more sustainable and in harmony with the planet", Ulargui says.

This article was originally published on FashionUnited.ES, translated and edited to English