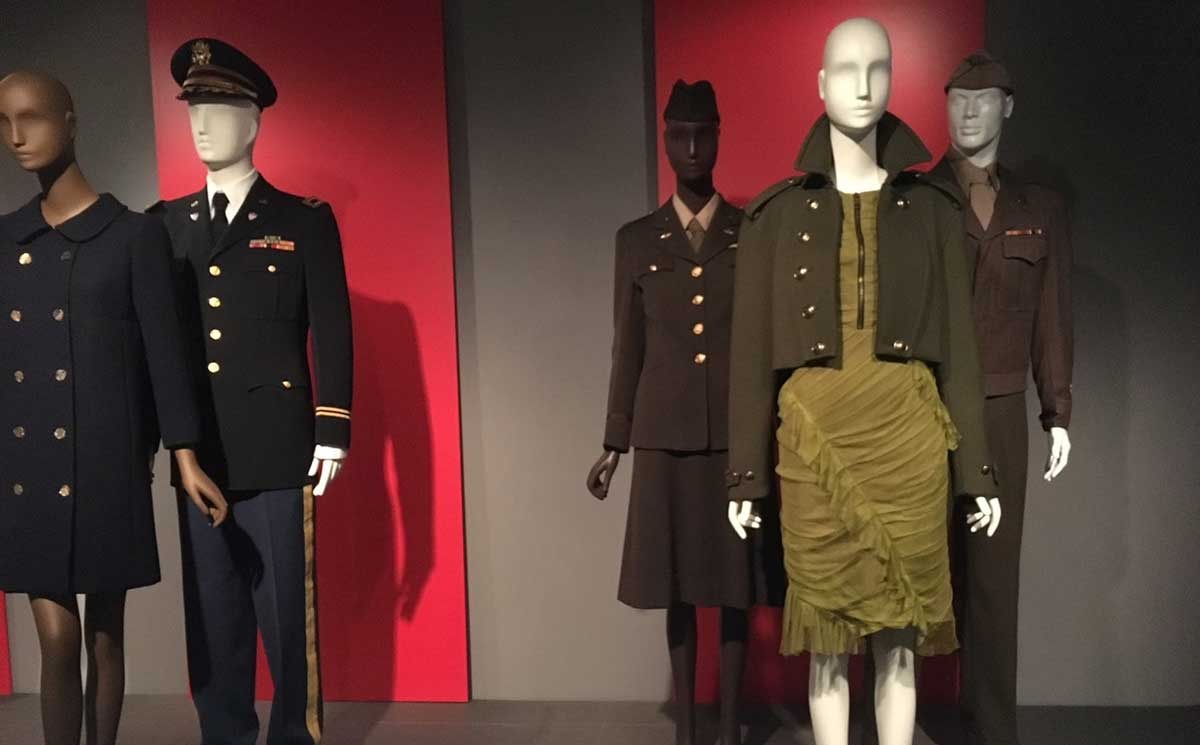 Power Mode: The Force of Fashion, the new exhibit at the Museum at FIT heralds fashion’s warrior spirit to launch us into a year of a contentious reelection campaign, on the cusp of a new decade in which confronting the enemy of climate change will be the significant battle. Fashion can prepare each of us for our own personal daily reckonings while it can also mobilize society for consolidated combat. Power dressing, power heels, power suit, are all familiar terms reflecting the political, social, and economic impact of our sartorial choices. 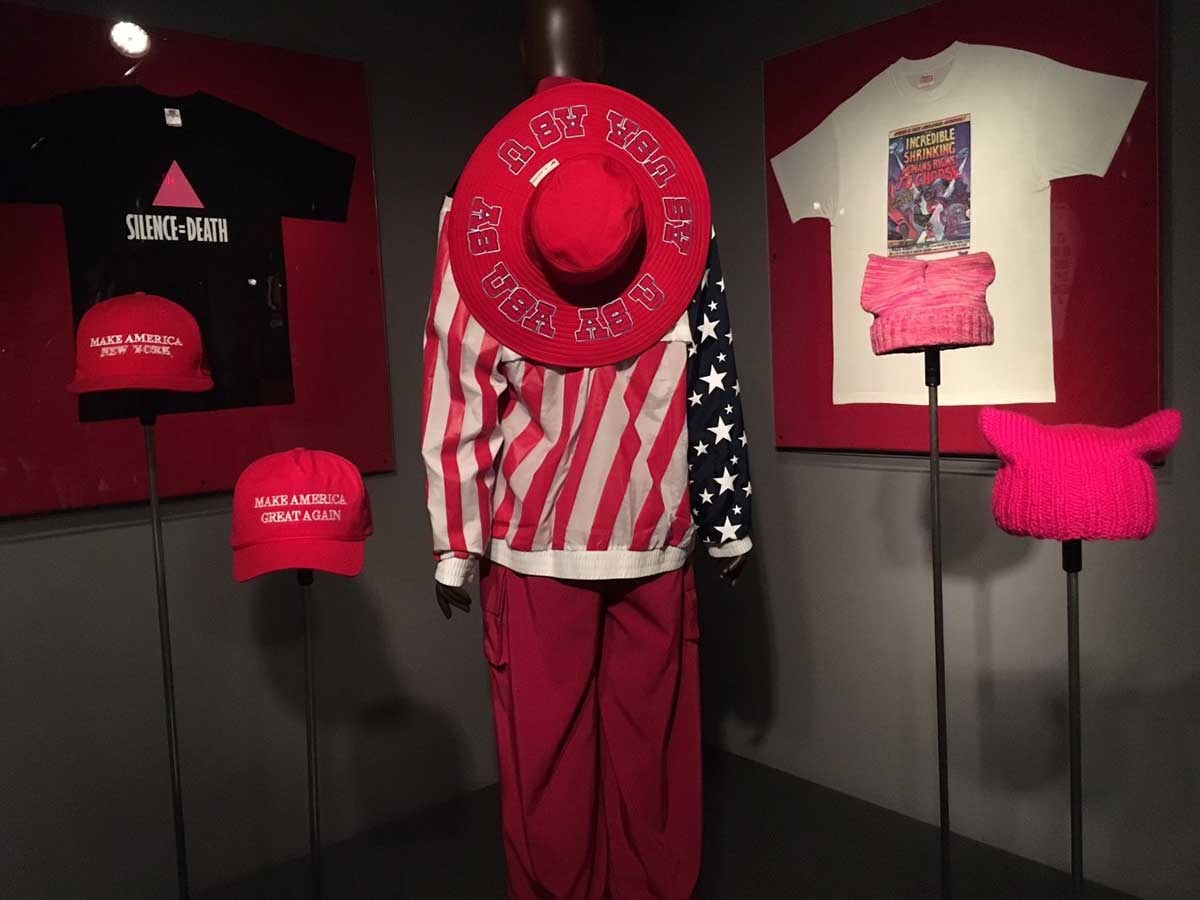 Divided into five sections, “Military,” “Suits,” “Status,” “Sex,” and “Resistance,” the exhibit reflects gender and class struggles, status symbols, war, and shifting cultural dynamics, cleverly underscoring the point that power is subjective, slippery. An anonymous-looking hoodie after the shooting of Trayvon Martin came to be viewed as threatening by some while symbolizing defiance for others. Trump’s “Make America Great Again” red baseball cap sits alongside a similar one from Public School with the slogan “Make America New York Again.” A pair of opulent 17th century aristocrat’s shoes are juxtaposed with Gucci loafers adorned with double Gs. Cultural appropriation rears its head with an oversized gold-plated Chanel chain from the house’s 1991’s “Hip-hop” collection while Gianni Versace’s 1992 “Bondage” runway dresses are evaluated next to actual fetish ensembles from the 70s.

The power of what we wear

The might of the military is communicated through an authentic WWII US Army Corps uniform from 1945 made of drab cotton and stiff wool with gunmetal fastenings, but an equally powerful military message is conveyed through a Burberry runway ensemble from Fall 2010 of frothy green ruffled tulle and cropped olive wool tailoring. Of course, the circumstances of the wearers couldn’t be more opposing. The authority associated with army braiding, patches, buttons, medals, insignia, stripes, epaulettes become mere ingredients in the hands of fashion designers to mix into new recipes. Similarly the fluctuating power play associated with corsets, lingerie, thigh-high leather boots might communicate pleasure to one while another views them as symbols of sexual exploitation. 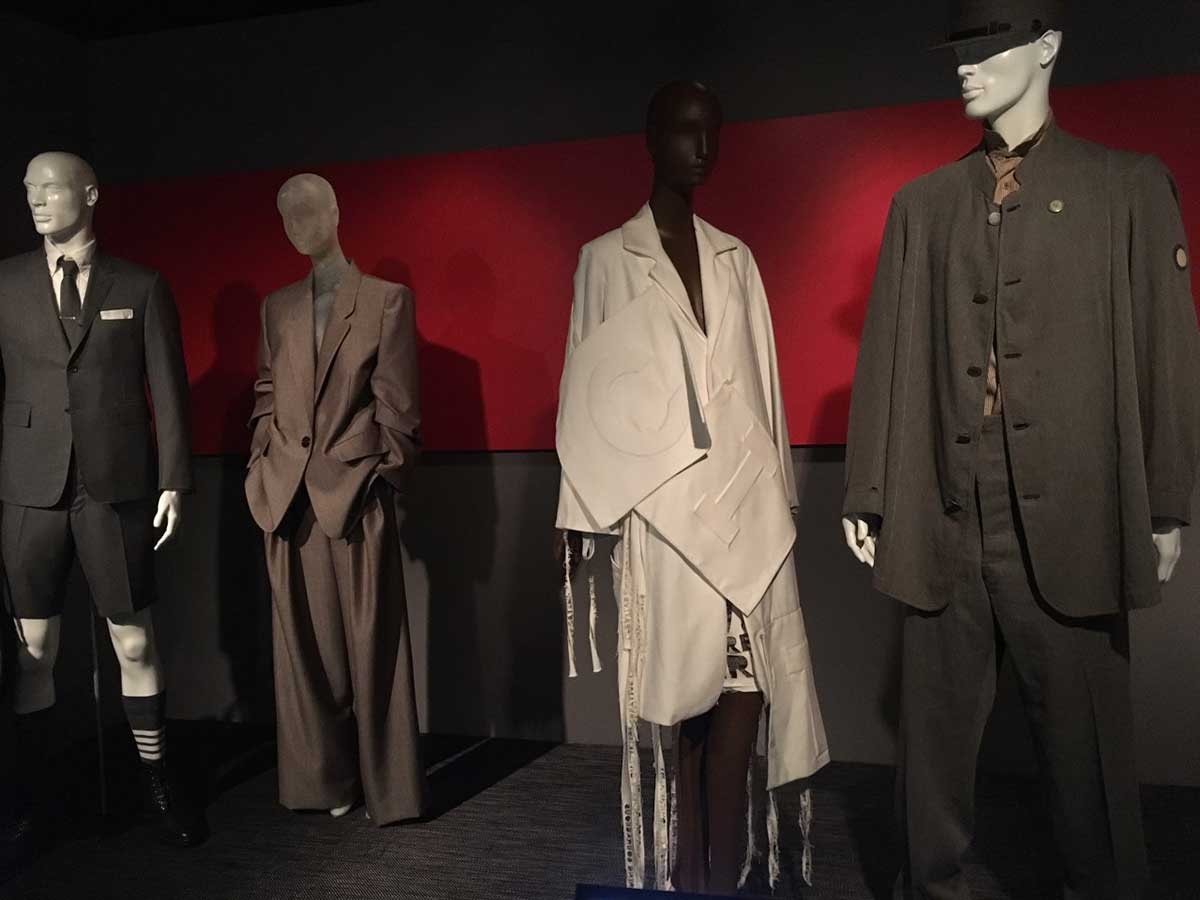 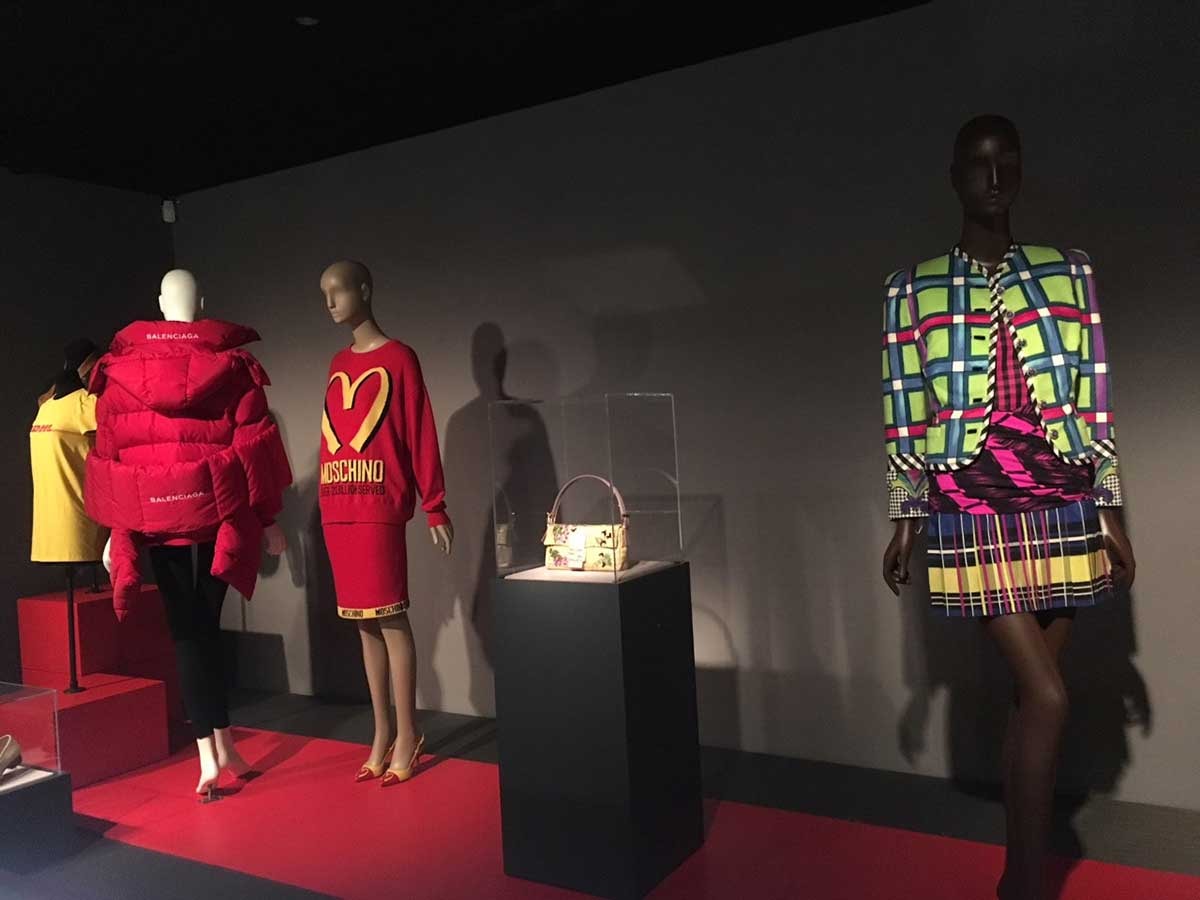 Organized by Emma McClendon, associate curator of costume at the Museum at FIT, Power Mode: The Force of Fashion couldn’t be more timely. It will be on view until May 9, 2020.