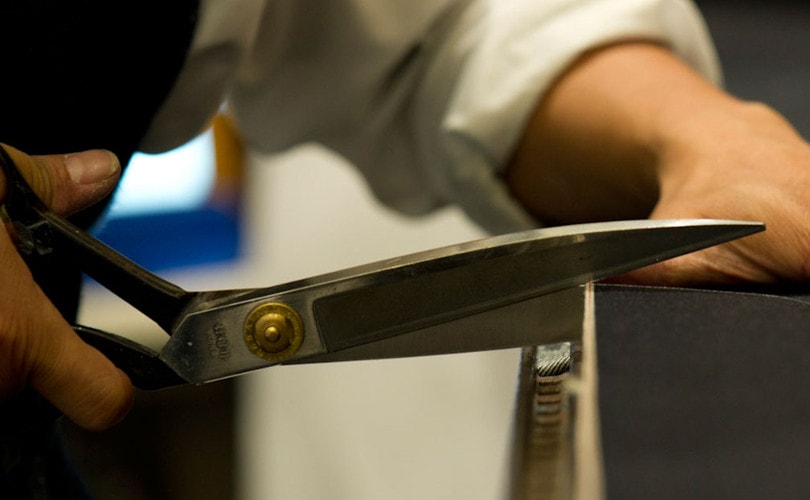 Denim has been a true American staple since the 1880s, originally worn by laborers for its easycare, rivet-enforced durability. Then, it was selvedge denim woven on a shuttle loom. In the 50s and 60s, denim acquired a rebellious image when worn by cool, brooding pin-ups of the day, James Dean and Elvis Presley. Always the most democratic of fabrics, denim crossed all income brackets. However, in the 90s, denim connoisseur Scott Morrison, became one of the first to enter what became known as the premium denim sector by creating a pair of jeans that burst the 100 dollars ceiling. His résumé represents twenty years of obsession with the indigo fabric: He launched Paper, Denim & Cloth in the 90s, Ernest Sewn in the oughts, became Creative Director of Evisu, before finally founding 3x1, “the first Bespoke denim factory-within-a-store” in 2011 in NYC’s Soho. 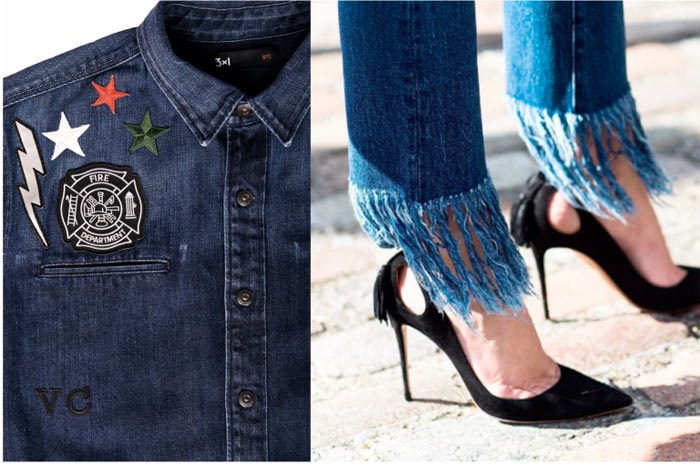 His commitment is to “slowing the process down and pulling back the curtain on the workmanship that goes into a beautiful pair of jeans. It’s the opposite of assembly line manufacture, as close to 1920s denim weaving as possible.” But this allows him to manufacture only an average of 2 1/2 pairs of jeans daily, priced between 195-1300 dollars. Customers are invited to choose from a wall of selvedge denim, design their own jeans down to the most minute detail––pocket shape, inseam stitching, stitch quality, leg shape––and watch their jeans being constructed through a floor-to-ceiling glass that overlooks the factory below. Although he says it’s usually men who are prepared to hold out for the bespoke pieces. Women are less likely to wait, and tend to choose the ready-made options.

He works with 18 different mills to source the most unique qualities, and names Turkey the superior innovator in the area of denim.

“People really enjoy learning something as they shop,” says Morrison, although he has yet to witness a customer stay to watch the entire process. He believes the value of knowing you are receiving a unique product, made to your specific requirements, provides enormous satisfaction, but that a great pair of jeans should last a lifetime which is why mending jeans is also part of their business.

“What I’m doing is marrying the past with the future,” says Morrison.

Terry Buck, a weaver, calls herself “an industry resource.” Her spacious studio contains American-built looms of varying sizes up to 12 feet wide, made by skilled carpenters and smiths. Their artisanal equipment, in turn, help her craft her artisanal rugs, throws and drapery. She works with architects and designers, yarn companies and retail stores, as well as smaller scale cooperatives who weave from home making “functional art.” Her fleeces, sourced mostly from local farmers, are spun in the few remaining U.S. mills, her yarn is organically dyed to order–– “So no waste!” She says that the welfare of the animal is high on everyone’s agenda here in the U.S. which removes much of the worry that weavers overseas might experience. 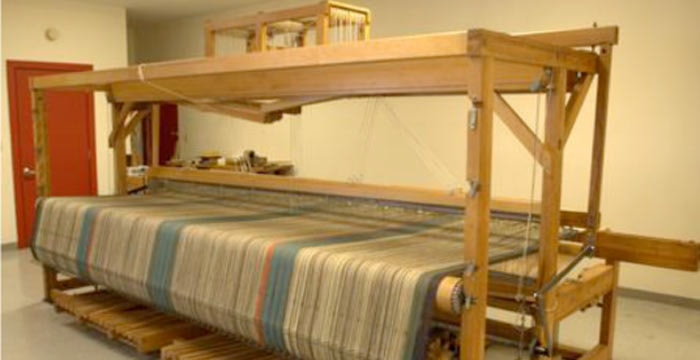 Jason Ross designed belts and leather pieces for Donna Karan for eighteen seasons and still works on her Urban Zen range as well as boasting Rick Owens, Helmut Lang, and Anthropologie as clients. He operates under the name Artemas Quibble and prefers to call his creations “a series of inventions” rather than a collection. The son of two successful inventors, Jason spent his childhood in factories immersed in experiments and curiosity.

Proudly proclaiming himself self-taught, he says he likes to use primitive tools and ancient methods “to relearn things that are forgotten.” An antique scale, part of a doorjamb, sewing machine detritus, have all been incorporated into his designs, and antique illustrated manuscripts and Egyptian symbols have stoked the fires of his inspiration. Old pieces that were already skillfully crafted in their day are breathed new life into for today’s appreciator. An African hunting bag is recreated in fine leather; traces of an old furrier’s tool are subtly visible in another piece; antique Indian woodblocks provide the decoration on a Donna Karan belt. “Here I made my own punch tool so that I could create my own pattern.” 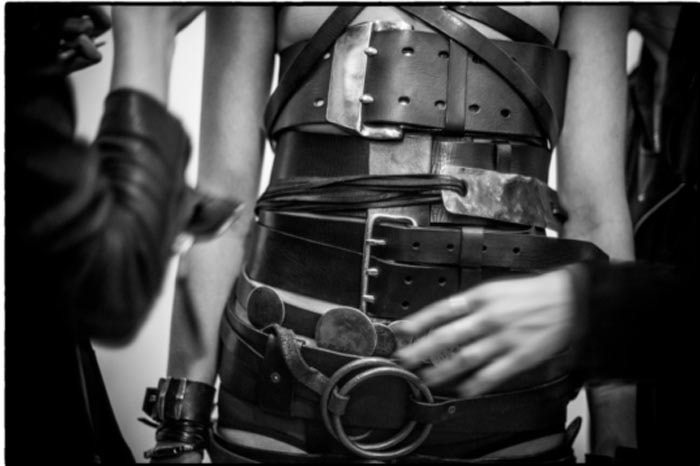 “Everything is a buckle to me,” he says, and believes all design problems can ultimately be solved by looking at ancient armor. Finding the beauty in discarded objects is what gives his business uniqueness, and presenting an image of anvil askew, he describes how using tools incorrectly can also lead to interesting results. “I don’t always figure it out,” he says, “but I build around it. Curated mistakes lead me to original ideas.” 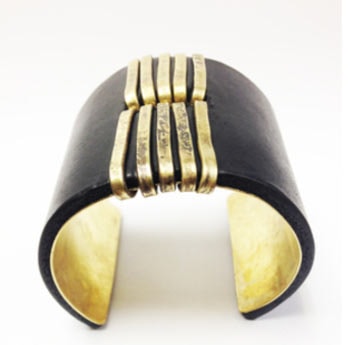 Although he questions where he fits in, he says he identifies “a craft movement revival that he has accidentally fallen into. I’m uninterested in trend. I’m just trying to be original.”

The week’s events conclude on Friday with a line-up of studio visits for those lucky enough to have grabbed one of the limited spots. One of those on the itinerary is Jason Ross’s Red Hook studio.