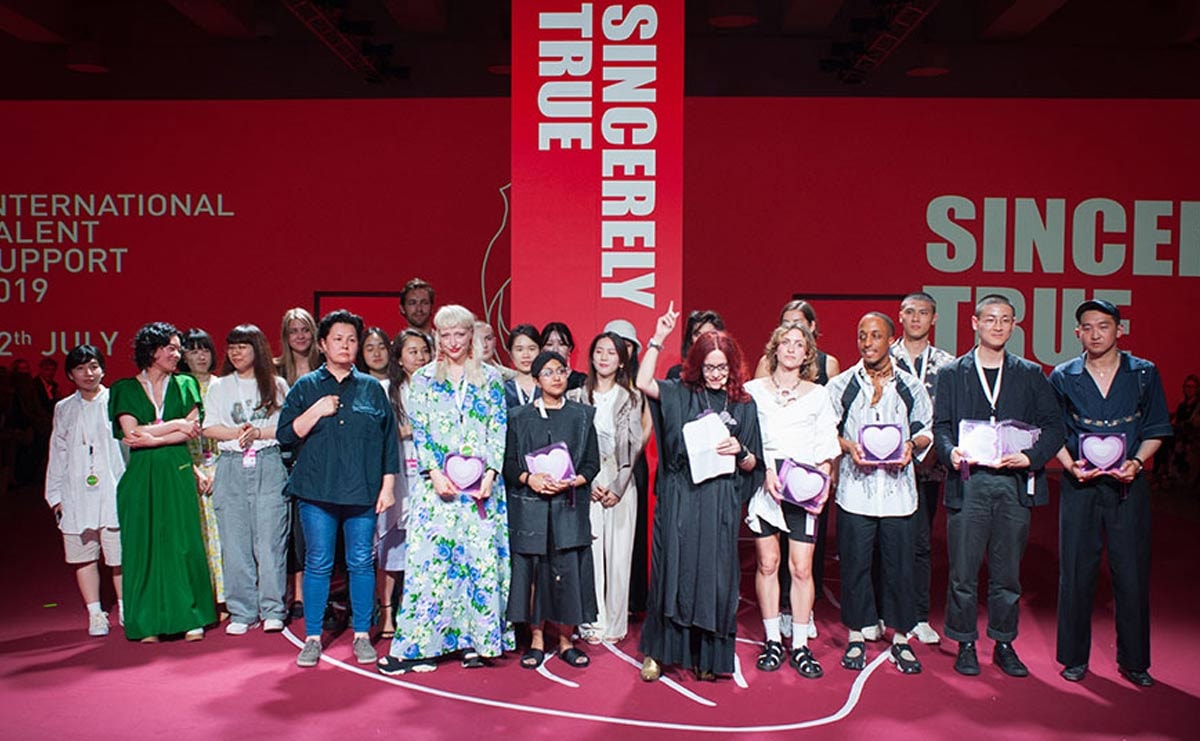 The International Talent Support (ITS), the Trieste-based design competition dedicated to supporting emerging fashion, accessories and jewellery talents, has named its 2019 winners, with the coveted ITS Award being presented to London College of Fashion menswear designer Daoyuan Ding from China.

Ding, who worked at Uniqlo in Tokyo before earning his master's degree in fashion design technology menswear, showcased a reinvention of the houndstooth pattern and menswear tailoring to impress the judging panel. As winner of the ITS Award he takes home a cash prize of 15,000 euros and a 12-month mentorship backed by Pitti Immagine, which will enable him to present the collection at the trade show's January edition.

The Chinese designer also scooped the Tomorrow Entrepreneurial Creativity Award with his “transformative” menswear collection featuring unusual proportions via wide-leg, high-waisted trousers, oversized long coats and wide-brimmed hats, and will have a space to showcase his collection at the Tomorrow Le Palais Showroom in Paris. 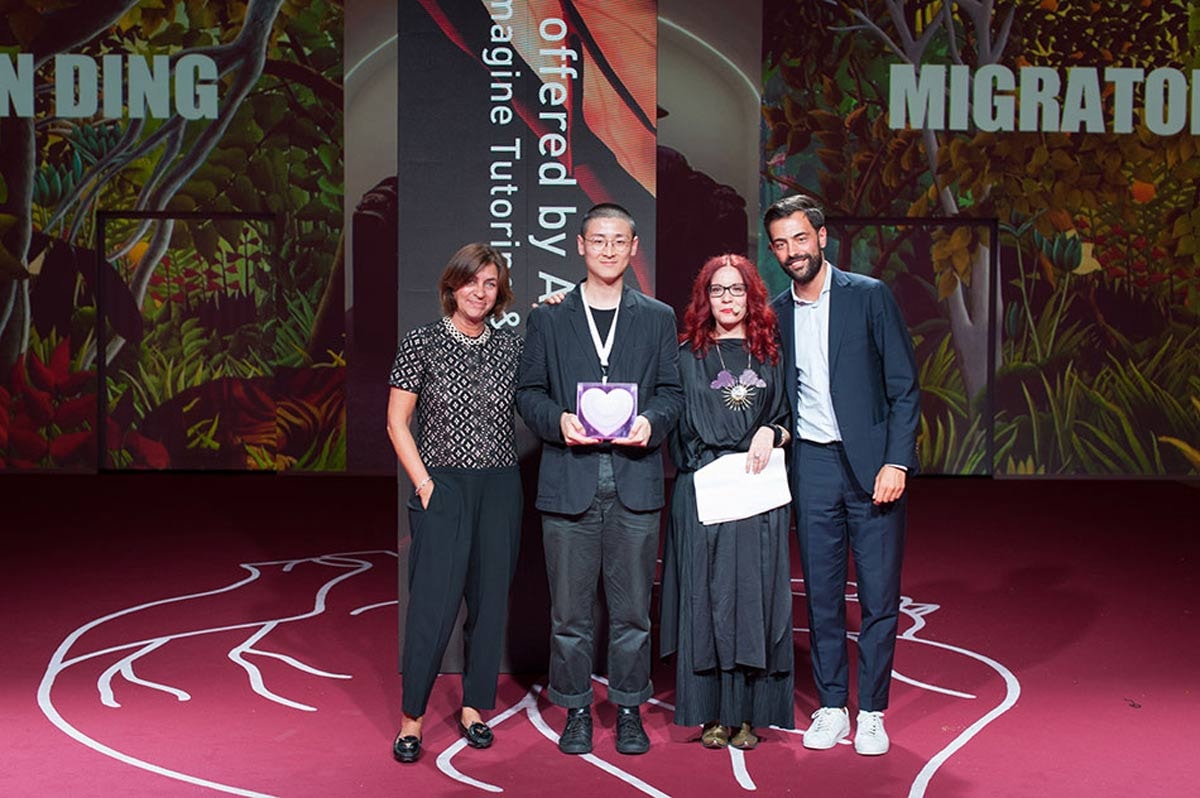 On Instagram, ITS said of Ding’s collection: “Daoyuan had the most coherent aesthetic approach. A very well executed collection. He showed an ability to choose out of the ordinary colours and materials, and a minimalistic approach that highlighted an outstanding clarity of view. A collection that is ready for the market.”

The 17th edition of the ITS competition, which was founded in 2002 by Barbara Franchin, received more than 800 entries from more than 80 countries, and the final selection includes emerging talents from countries including Australia, Belgium, China, Estonia, Finland, Germany, Israel, Japan, Peru, South Korea, Switzerland, the UK, the US, Taiwan and Thailand.

The finalists all gathered in the Italian seaside town of Trieste to present their collections and British designer Moon Hussain, a Central Saint Martins MA graduate, won the Camera Nazionale della Moda Italiana and the Coin Excelsior Awards for her innovative collection. Hussain was awarded a 5,000 euro cash prize by the Camera Nazionale della Moda Italiana, as well as a 3,000 euro Coin Gift Card to spend at Coin Excelsior. 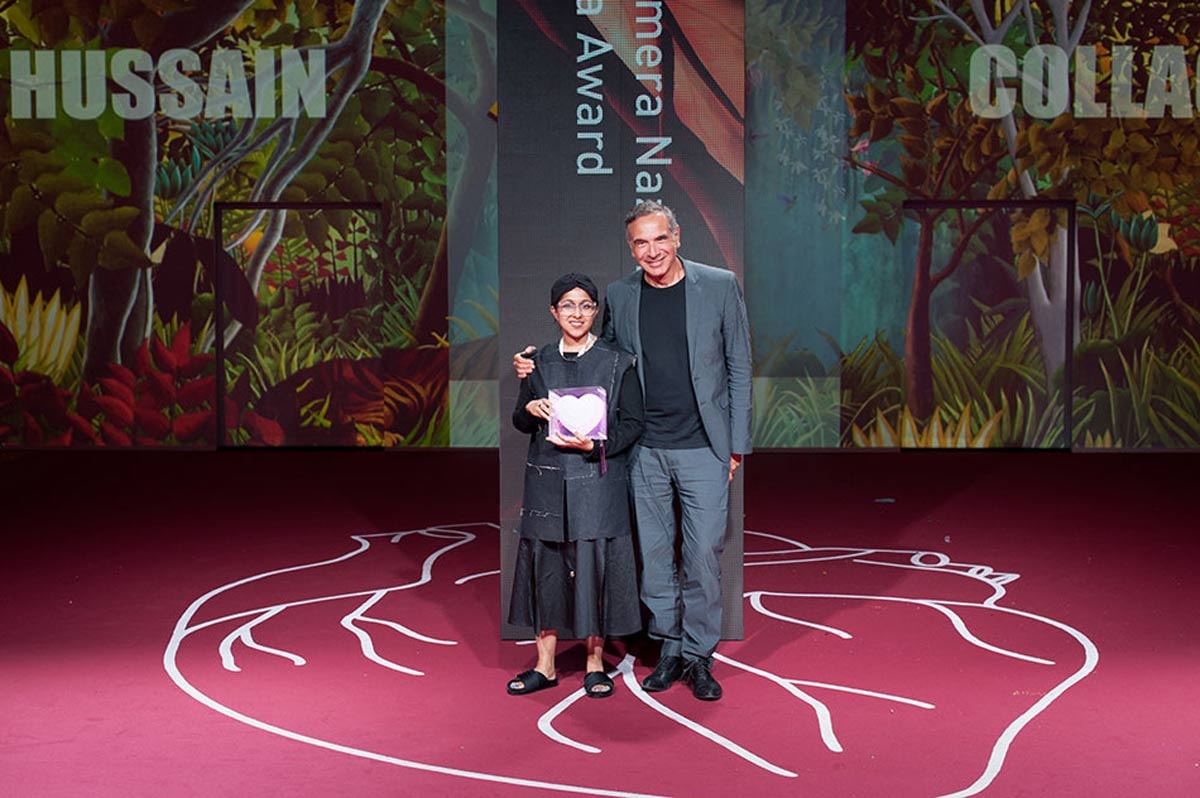 The ITS Fashion@Work by Illy Award, which challenged the emerging designers to “radical re-design of the Illycaffè coffee aprons” was won by Royal College of Art graduate Jiaen Cai from China who was awarded with 10,000 euros.

Corrina Goutos was presented with the ITS Sustainability Award for being the designer who “applied the strongest sustainable principles” for her contemporary jewellery that are all handcrafted and feature locally sourced materials. As the winner, she takes home 3,000 euro cash prize. In addition, Goutos was also named the winner of the Special Mention by Vogue Talents and will be featured on the Vogue Talents website and social networks with their collection. 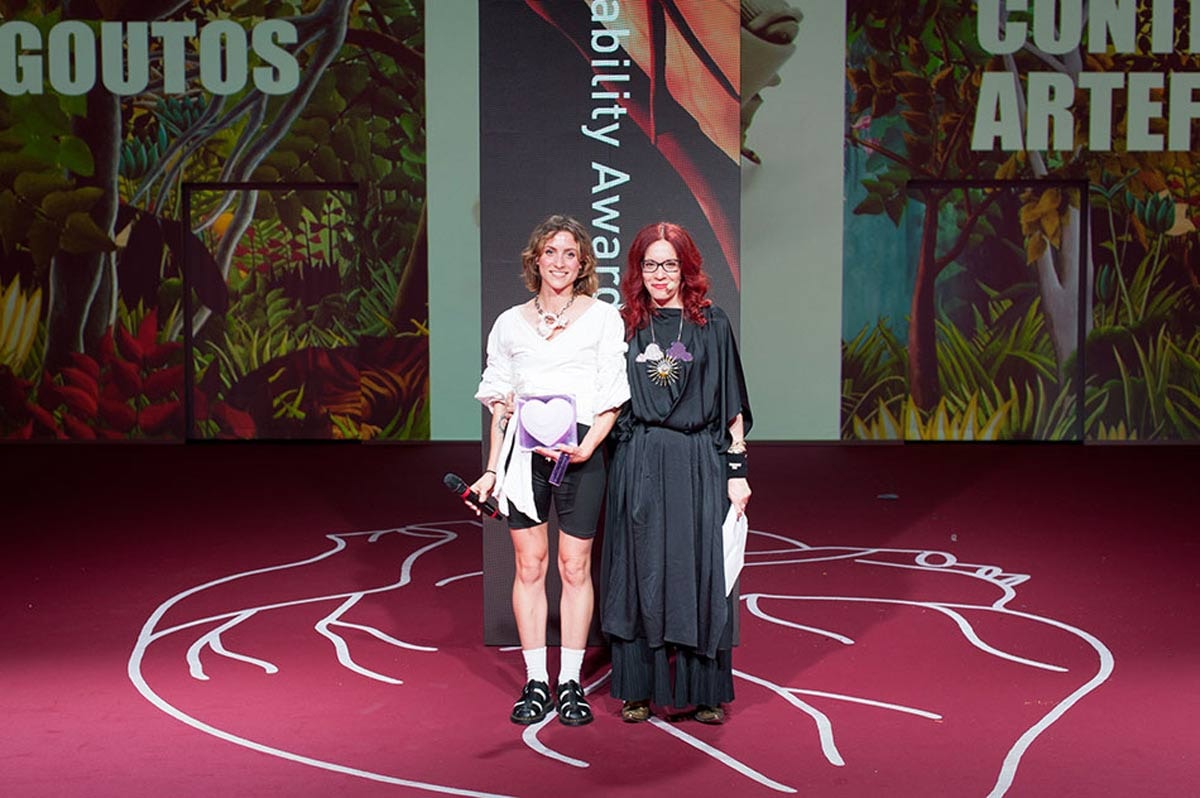 The OTB Award, which offers a cash prize of 10,000 euros and the possibility of a collaboration with one of the fashion brands in the OTB Group, was awarded to Australian womenswear designer Annaliese Griffith-Jones, a Bachelor of Design in Fashion and Textiles at the University of Technology Sydney graduate, while sustainable Swiss designer Rafael Kouto won the Diesel Prize, a cash prize of 10,000 euros and a six-month paid internship at Diesel headquarters in Italy.

Kouto’s contemporary streetwear collection also won the Lotto Sport Award, which includes a three-month internship with Lotto Sport Italia that will include the design and development of an exclusive project built around a shoe or apparel mini capsule collection.