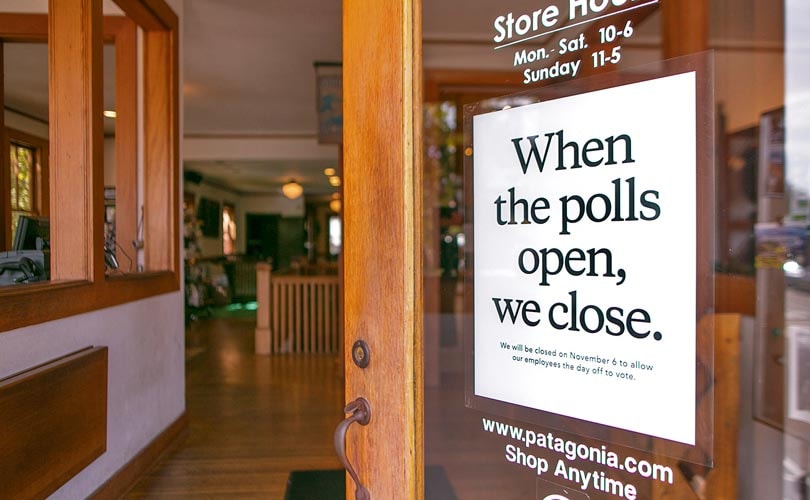 Is it risky business for brands to weigh in on politics?

In today’s divided society, the old adage of never talking religion or politics in polite company no longer seems to apply. As the two tribes go to war at this week’s midterms, the question of whether brands have a responsibility to use their political voice arises. In this show-us-the-receipts era, do brands that choose not to engage in politics risk irrelevancy for the modern consumer, particularly the millennial for whom equity and social justice are baked into their every spending dollar and upon whom brands have placed such focus? If authenticity is so important, shouldn’t a brand’s values be worn proudly?

Emanuel Chirico, chairman and chief executive officer of PVH Corp, certainly thinks so.“There is a leadership void today around the world and especially in the U.S.,” he told the audience at last week’s WWD Honors event. “As business leaders we have a major role to play in filling this vacuum. I challenge all of us to engage on important issues that we all face, and collectively as an industry to make sure our voices our heard.”

Many brands responding to current political urgencies have stopped short of partisanship. Levi’s has collaborated with the Rock The Vote initiative through commercials and merchandise, as has New Balance with its #RunToThePolls campaign, and Tory Burch with the launch of her “Vote” emblazoned T-shirt, the proceeds of which will benefit the “Eighteen x 18” youth activism group. Made in America retailer, Bishop Collective, will offer a 15 percent discount in their Lower East Side store to anyone wearing an “I voted” sticker.

Others blatantly don’t want any part of the dialogue. Nicole Miller’s CEO, Bud Konheim, told WWD, “We’re in the dress business. We like all the emphasis to be on taste and is this good design, good manufacturing — not politics…someone would take offense either way.” Do the optics of not wishing to offend anyone send a message that you prioritize the dollar over democracy? Fear of backlash can be considered cowardice when so much is deemed at stake on both sides.

A recent report by Edelman Earned Brand, states that 64 percent of U.S. consumers place more trust in businesses than governments, and describes “belief-driven buyers”––a consumer phenomenon that came about in 2017––as shoppers who “choose, switch, avoid or boycott a brand based on its stand on societal issues.”

Contemporary designer Rachel Comey wears her political leanings unapologetically, aligning herself with SwingLeft and Downtown for Democracy leading up to the midterms, and organizing buses to ferry canvassers from outside her Manhattan store to nearby swing states. Apart from a few disgruntled individuals burning their sneakers, Nike’s gains after it launched its campaign featuring controversial NFL athlete, Colin Kaepernick, have been well reported, with shares hitting an all-time high. The company’s move proved to be a strategic investment designed to appeal to the shoe-consuming youth who monitors, buys and obsessively trades sneakers as soon as they’re released, rather than the more conservative, older shopper who invests in new running shoes only when the old ones need replaced. Corporate companies might be better structured to withstand negative reactions compared to vulnerable smaller brands. So how does a brand stand for something and avoid downfall?

“You don’t have to be negative,” Anjelica Triola, co-founder of Creative Caucus, a collaborative community forging progressive leadership, told Decoded Future New York, last week. “If you’re a private company, you can stir up controversy without concern for shareholders, but as a large public brand you can choose to be an optimistic activist.” Removing tribal associations is one strategy to communicate meaningfully. Says Triola, “We should scrap the duality of whether the customer is Democrat or Republican. There is a big group in the middle who just have practical concerns that need addressing.”

Donating to causes, partnering with charities, evolving the One-for-One model made popular by Toms, are opportunities for brands to demonstrate allegiance to certain communities or a shared set of values while also rising above the current political pettiness that many find frustrating. Any incongruity between message and action, however, is unacceptable, and brands which jump on hot-button issues for commercial gain will be rebuked. The example of the Pepsi ad in which Kendall Jenner offers a can to a police officer while surrounded by activist types carrying banners bearing ambiguous slogans rang tone-deaf at a time when countrywide protests against police brutality were raging. These types of blunders are inexcusable, believes Triola: “Brands need to have the right people in the room. It makes the case for having diversity on your team, and if you don’t, bring in consultants to help you be more sensitive if intending to do something political.” 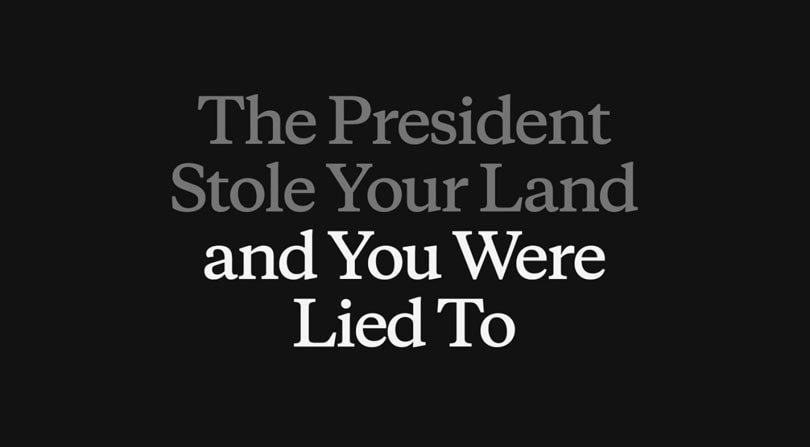 Patagonia, the self-described “Activist’s Company” which has fused business and politics from its launch, is currently suing Donald Trump for his plans to reduce swathes of land in two of Utah’s national parks. An hour after the president’s plans were made known, the brand had updated its homepage with the announcement “The President Stole Your Land.” The private company founded by Yvon Chouinard, a mountain climbing Zen Buddhist who once told CNN, “This government is evil, and I’m not going to sit back and let evil win,” is no stranger to #BoycottPatagonia backlash but Chouinard remains undeterred. The company occupies a unique spot having reported quadrupled revenues and profits over the past ten years while given away some 90 million USD to environmental causes.

When the midterms pass, the polarization is unlikely to disappear, if anything the results will only compound it. Commenting on their recent study, NPD group’s chief industry advisor, Marshal Cohen, predicts “activism bleeding into the upcoming holiday season, especially among younger consumers. While many might disregard the social and environmental views of younger consumers, they do so at their peril.”

Brands, you have been warned.