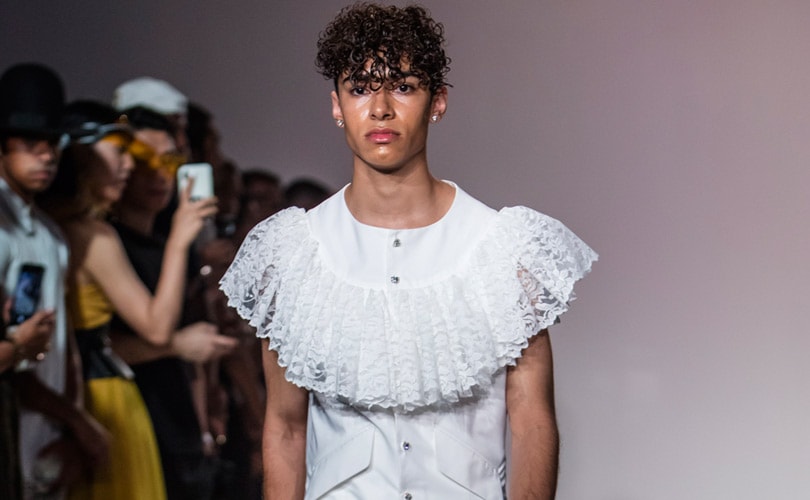 Kenneth Nicholson presents "Lover From the Bath" at NYFW: Men's

Men's style hasn't always been so restrictive, and designer Kenneth Nicholson wants to go back to that. For his spring/summer 2019 collection, the designer presented a collection that took us through three chapters: The Bath, Reminiscence, and The Funeral. Inspired by 18th century dress with some seventies thrown in, the collection was a reminder that ruffles, dresses, and tights were not always considered just part of the feminine or for women, but were everyday for men too. 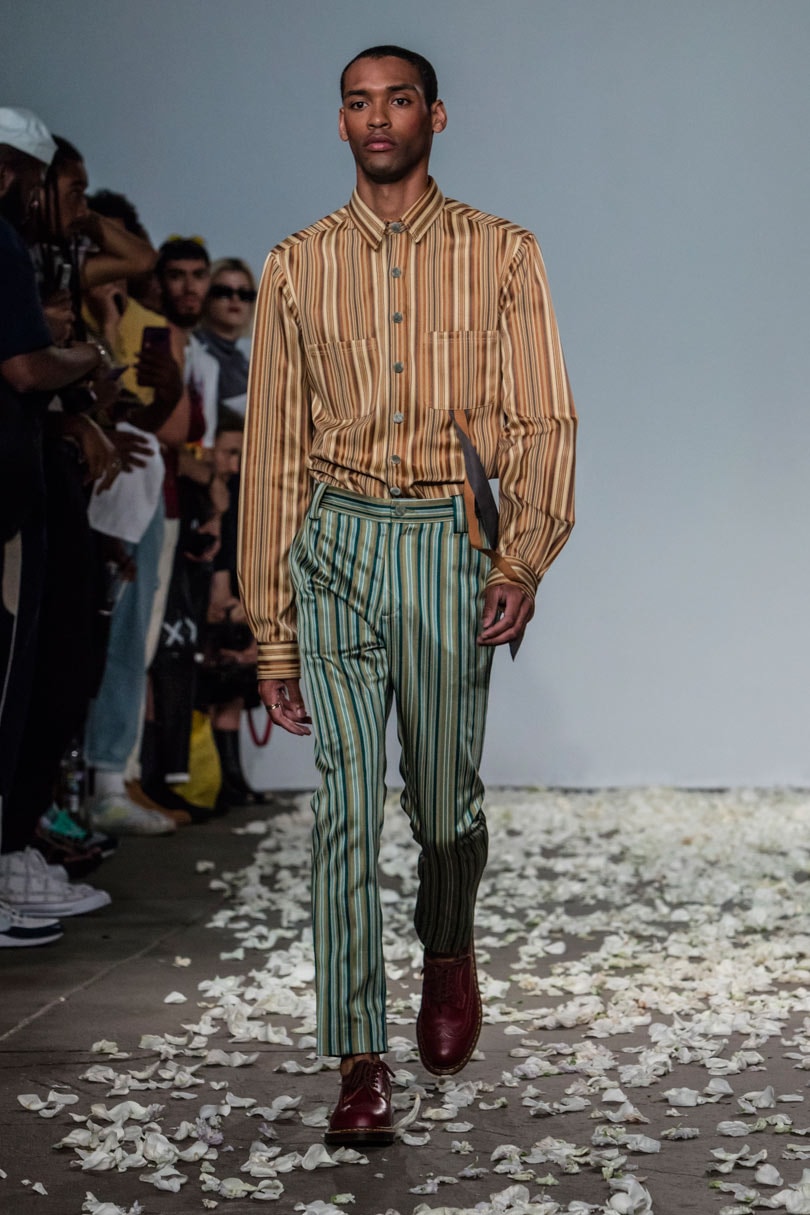 Nicholson attempted to push the boundaries of menswear toward the future by looking back at history. This was evident with the opening look of a pair of white tights, an item that would have been standard for a court jester in 18th century Europe. Lace trims on collars and sleeves were also seen on shirts, but rather than giving the "fashion has no gender" effect many designers have been going for, they had a classic feeling like something out of a period piece.

The first chapter of the collection, "The Bath" was almost all white with the intention of conveying sadness by leaving everything void of color. For Reminiscence, Nicholson took us out of the 18th Century and brought us to the seventies with vertical striped shirts and denim shirts. He added his own twist to these with details like rhinestone buttons. 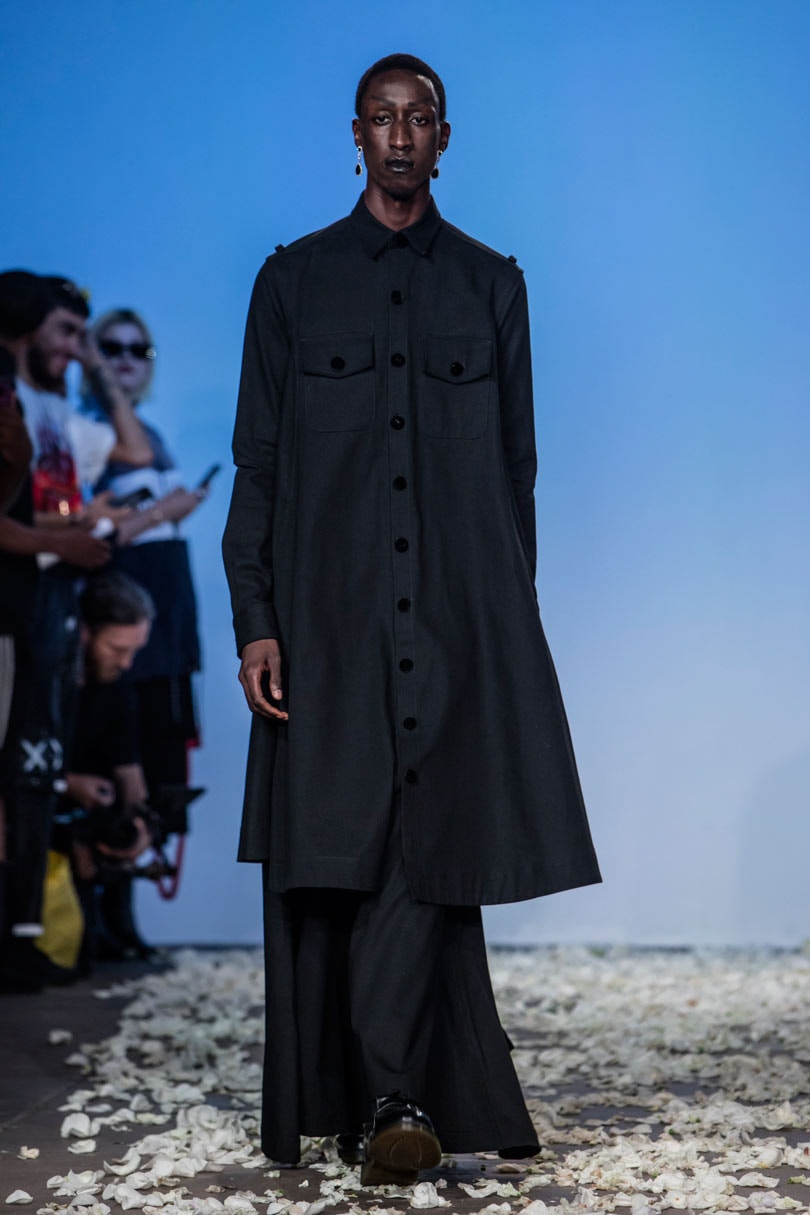 The concluding looks were all black, respectfully so with The Funeral theme. A nearly ankle length black coat had an almost grim reaper like feel to it. Lace still played a big part in the details here, adorning cuffs, collars, and necklines.

While Nicholson is still finding himself as a new designer, he seems to understand the idea of a cohesive collection, and how to make sure each piece has part of his brand DNA, like lace and rhinestone buttons. It will be interesting to see where the designer goes next, but he's off to a fresh start.