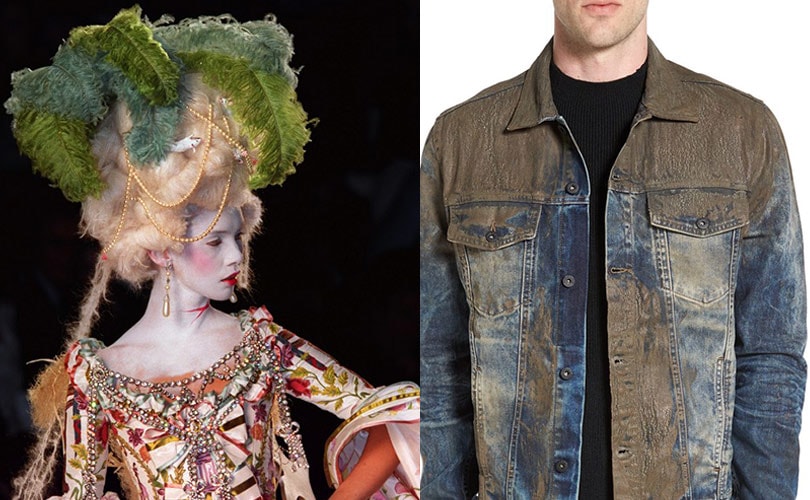 Taking Out The Trash: Fashion’s Affair With Bad Taste

Fashion’s relentless flirtation with bad taste has teetered over into stalker territory. It seems to be lying in wait now for a nullity of an idea to pluck out of thin air, tag with a hefty ransom, leak photos and await the Twitter backlash that means brand relevance.

Within a single week we’ve been scandalized by Balenciaga’s “Ikea” bag selling for 2.145 dollars and Nordstrom’s “Dirty” jeans priced at 425 dollars. In Trump’s America, the idea of the working class may have become so steeped in nostalgia or worthy of irony by the one percent that jeans worn in the corporate cubicle might recall ones previously worn for laboring in the fields.

Not terribly long ago vulgarity meant lurid gluttonous excess. Those who stood accused had turned themselves into quivering blancmanges of sugary pastel satins, skins from creatures on the brink of extinction, gold leaf costume jewelry, topped with Nouveau-Riche big hair and plastic surgery. This look from Dior Couture from Fall 2000 might illustrate the point. 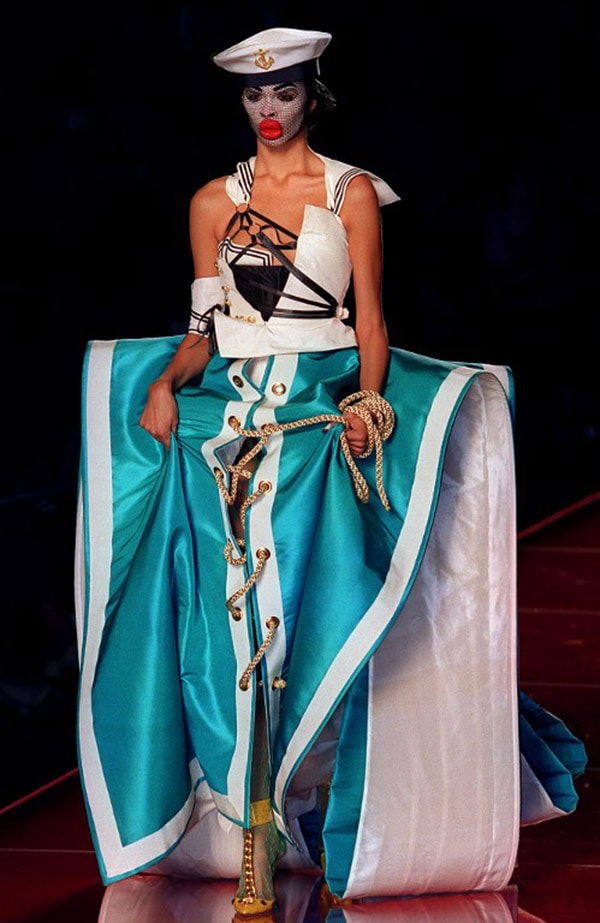 At almost any previous point in history fashion was a signifier of class and status, allowing those who invested heavily to accessorize their luxury labels with a sense of superiority. It was a sewer of division in many ways, a way to lord over others less fortunate that you’d made it, were cosmopolitan, worldly, elite. Imitation anything was considered bad taste. Milanese tended to think women from Rome and the South of Italy were brash and less stylish, as New Yorkers might have once considered Texans. More money than style, they might have sniffed. Now those rules are out the window.

Perceptions change. Fugly has become tongue-in-cheek; kitsch when touched by Kendall ensures must-have status. If you don’t understand, you’re accused of not “getting” it. 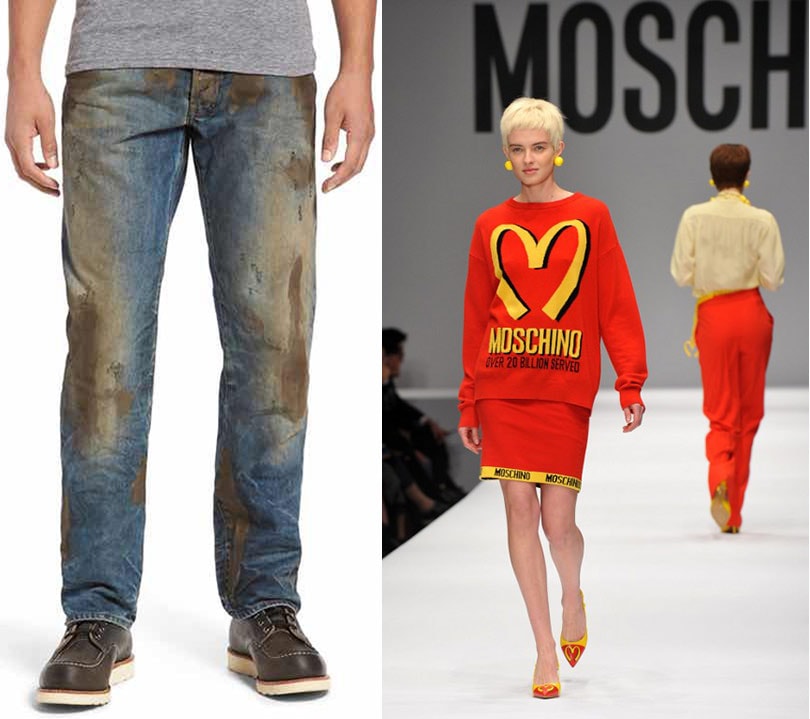 Jeremy Scott built his career on vulgarity and found the territory at Moschino fertile enough to allow his obsession to grow wild and his McDonalds and Barbie-inspired clothing and accessories created waiting lists.

Designer pool slides, Birkenstocks, and flip flops led us to the eventual taste apocalypse that was Christopher Kane’s Spring 2017 embellished croc. Even hardcore fashion fans did a double take with that one. But adding insult to injury he sent them down the runway again for Fall trimmed with fur. Then Vetements' DHL printed T shirts at 330 dollar a pop sold out everywhere.

Everyone plays along in order to be considered cool. After the uproar over Balenciaga’s bag Ikea rushed to put out an ad listing five ways to identify a fake Ikea bag including checking if it rustles, can carry bricks, and be hosed down. Not so long ago those articles focused on identifying an authentic Fendi Baguette or Louis Vuitton Speedy.

"I’m a great believer in vulgarity – if it’s got vitality. A little bad taste is like a nice splash of paprika," said the legendary Diana Vreeland.

But in the case of today’s designers, it’s more of a wave. There is overwhelming rejection of the old-fashioned bourgeois veneer of snobbery, the “apartness” of high fashion. Of course, the price tag still distinctly separates the haves and the have nots but on the surface things appear more democratic. Just as the term “politically correct” has become loaded with negativity by many, something to rally against, to mistrust, (possibly even the only clear message one needs to win the US presidency) fashion is also adding its voice: “Vive le faux pas!”

On the heels of this week’s Ikea ad Papa John’s pizza cheekily proposed getting in on the action, tweeting on Friday, “the next #Vetements collab should be with Papa John’s.”

And why not? The only question that remains: will we be wanting extra cheese with that?