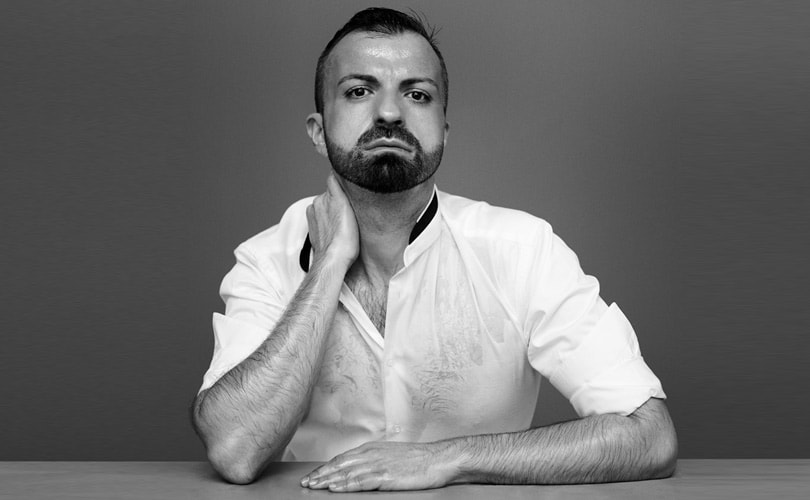 Haute Couture is particular to Paris and has gone through numerous phases. Although it would take too long here to explain what these phases are, let’s just say, to summarise in general terms, that the initial vocation of Haute Couture was to systematise innovation by elevating the artisan dress designer to the status of artist designer. For a long time, Haute Couture meant the avant-garde, a break with the system, permanent invention - one at the service of the client.

It’s hardly worth stating that this principle of innovation changed shape and moved from Haute Couture to ready-to-wear. It is the ready-to-wear division that has for over fifty years been the embodiment of innovation and fashion, leading to the question: Has Haute Couture permanently lost its avant-garde role? The figures seem to indicate this. In the 1960s, the share of made-to-measure garments only represented 18 percent of the direct turnover (excluding perfumes) of the fashion houses. Consequently, the last rites were read and this percentage has continued to fall to practically nil.

This also applies to the personnel employed. In the 1920s, Patou employed 1,300 people in its workshops; Chanel employed 2,500 before the War; Dior employed 1,200 in the 1950s. However, today, all the fashion houses benefiting from Haute Couture label or officially communicating with this label, employ an absolute maximum of 2,000 workers and in this niche produce garments for no more than 3,000 women across the globe.

It is an irrefutable fact: the venerable fashion houses only prosper through their ready-to-wear items, their accessories, their perfumes and cosmetics ranges. They continue to organise two shows each year solely for branding, simply in order to flaunt their world of prestige and promote items sold under their brand label worldwide. Neither classic nor avant-garde, Haute Couture reproduces only its “eternal” brand image by producing masterpieces of gratuitous aesthetics. Metamorphosed in prestige display windows, Haute Couture seemed to be condemned not to create anything for anyone anymore.

However, despite the trek from its initial vocation, and this total disembodiment, Haute Couture continues to attract talent and whisperings have been apparent for several seasons now. The presence of the Vêtements brand, which was invited last year to show on the Haute Couture show schedule, was an intelligent decision and hints at an awakening in the Chambre Syndicale de la Couture Parisienne.

Its presence attested to the fact that Haute Couture was not simply the terrain of technical prowess and masterpieces of design and execution, but that it was still able to clothe the trendiest of women. Vêtements is the brand of fashion. And Haute Couture, so the Chambre Syndicale tells us, is also fashion and not just the perpetuation of a grand tradition of luxury and virtuosity that falls between the museum and the laboratory.

This also applies to the brand of Georges Hobeika, officially invited for the first time this season to show on the Haute Couture schedule. Whilst the Lebanese designer creates dresses which conform to the imagined idea of traditional haute couture, it is nevertheless a perfectly viable fashion house that proves the world of haute couture is still a dream for many clients who are supporters of made-to-measure.

The recent announcement of the attribution of the term Haute Couture to new fashion houses has extended this desire to promote fashion houses connected with their époque. The Commission de Classement Couture Création [Commission for the classification of clothing and design] of the Ministry of Industry, which met on 16 December 2016 in the offices of the Fédération Française de la Couture du Prêt-à-Porter des Couturiers et des Créateurs de Mode [French federation of Ready-to-wear designs of fashion designers and dressmakers], bestowed the label Haute Couture upon the fashion house Julien Fournié.

A graduate of the school of the Chambre Syndicale de la Couture Parisienne, and former artistic director of the fashion house Torrente, Julien Fournié is not a designer of the old school. For example, he has developed 3D tools through his partnership with Dassault Systemes, a European company with which he co-founded FashionLab in 2011.

This latest decision by the Chambre Syndicale expresses a welcome desire to bring Haute Couture into the modern age, but with an attendant commercial reality. This is because the best way of saving Haute Couture is to promote the fashion houses that are of most interest to clients and to highlight designers who think that their houses are not just a window display for selling It Bags or lipsticks.