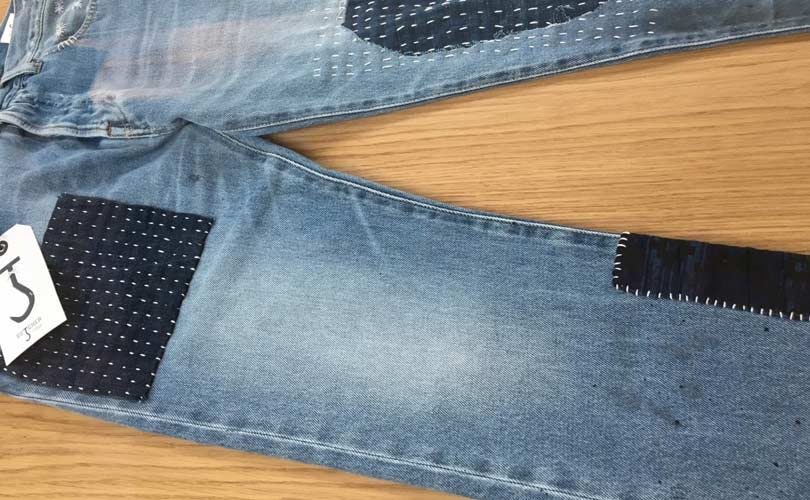 Why The U.S. Is Trailing The Dutch in the Future of Denim

Statistics show that the people of the Netherlands wear the most denim per capital in the world, with Americans coming in second place. It’s surprising when one considers denim’s importance as a symbol of Americana, from cowboys to rock and roll; from James Dean’s rebel image to John Wayne’s rugged horseman to Obama’s “dad jeans”, all encapsulated in Raf Simon’s denim-on-denim debut for Calvin Klein. Even outside of its celebrity profile, the fabric has been integral to American workers’ uniforms for 200 years, increasing in popularity during the 1800s gold mining boom when a young German immigrant by the name of Strauss patented the riveted hardwearing cloth, and Levi’s was born. Still, it is acknowledged that the small central European country with no hills to speak of dominates the denim frontier, with its capital, Amsterdam, home to G-Star RAW, part-owned by Pharrell Williams, Tommy Hilfiger Europe, Levi’s Vintage, Kings of indigo, Denham, Tenue de Nîmes, and Kuyichi to name a few. 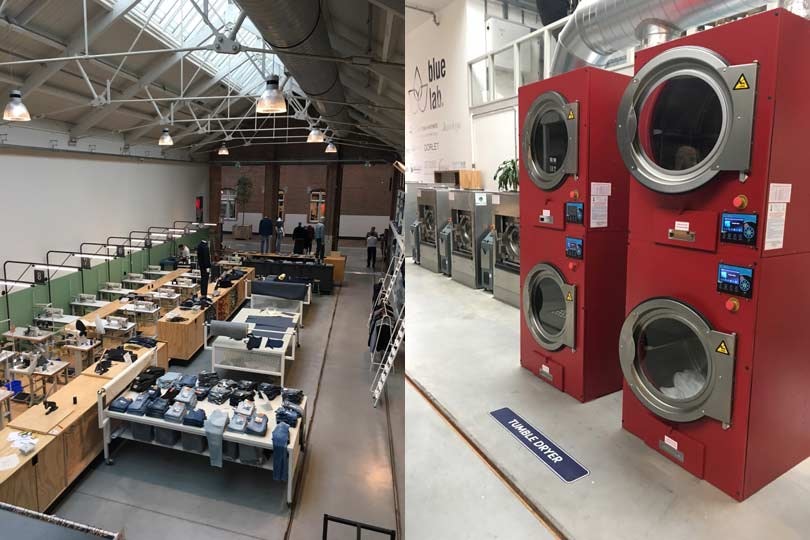 But perhaps what’s more surprising is that it’s already five years since Amsterdam opened the world’s first Jean School, and the U.S. still does not have such a facility. With so many fashion schools in existence and more students graduating into our field than ever before, streaming some of the flow into this popular sector would surely provide career opportunities for young designers with ambitions in denim. I recently visited the campus located in Amsterdam’s House of Denim and toured the workroom, the laundries, and the archives containing commissions they’ve created for different international clients. Inside a glass case a copy of a pair of black denims created for Karl Lagerfeld is emblazoned with the silhouette of the designer’s head. The Jeans School is preparing to open its doors next week to this year’s incoming group of students, and I learn enrollment is at capacity, with more international students than ever before. 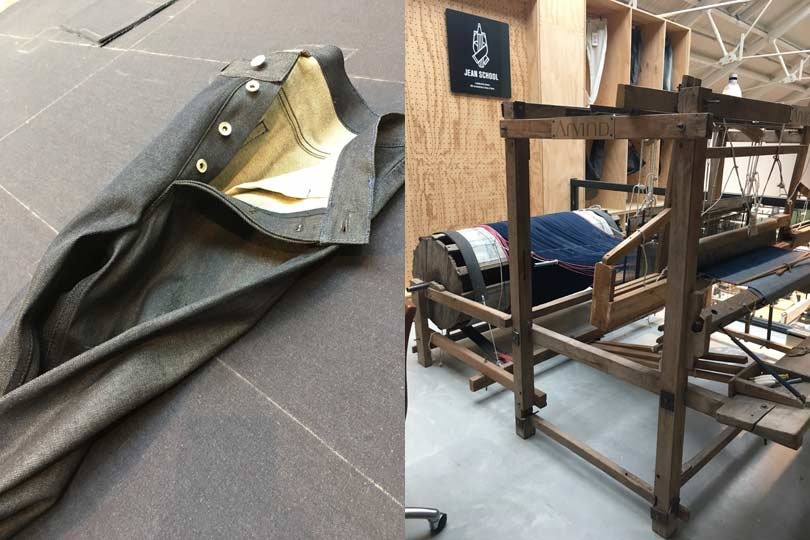 The Netherlands wear the most denim per capital

As a fashion educator here at home I’m aware of the absence of knowledge among students regarding denim, yet their hunger to understand more. As a former designer I’m also aware of the avid interest from companies in candidates with an in-depth knowledge of the washes, processes and innovations that infuse a simple pair of jeans with the power to fuel a global business. Red carpet gowns and runway drama is not necessarily what all fashion students aspire to create, but often under the banner heading of ready-to-wear, those are the avenues they’re obliged to pursue in fashion programs. Many young designers want to create for their age group, their peers, their lifestyle, but entry into the specialized world of denim requires more than the ability to design a five-pocket pant or riff on a traditional jean jacket. If the product is to seem authentic, possess the inherent swagger history has attributed to it, and exploit the durable no-nonsense aspect of the twill weave in a competitive marketplace, a profound understanding of the fabric's characteristics and potential is required. How are students expected to achieve this if their exposure to denim in school is so limited?

Some U.S. schools offer industry collaborations with denim companies which allows one or two students the opportunity to enjoy some on the job training. Amsterdam Fashion Institute offers a Bachelors in Fashion with Denim Minor. But the Jean School’s one or three-year course leading to a qualification of Denim Developer allows the student to drill deep into the world of mills, sewing rooms, laundries, as well as into the area of design. The students begin portfolio building from the first day and the curriculum places “emphasis on craftsmanship and sustainability across all steps in the production process ‘from crop to shop.’” This, combined with guest lectures from external professionals and the expertise of co-founder (and former organizer of Amsterdam Fashion Week, James Veenhoff, who now organizes globally-recognized denim trade fair, Kingpins) results in worldwide interest in graduates and a high employment rate. It helps that the co-founder, Mariette Hoitink, also operates the world’s only denim-focused recruitment firm, thereby closing the loop of denim connoisseurship within Amsterdam and ensuring its continued success. 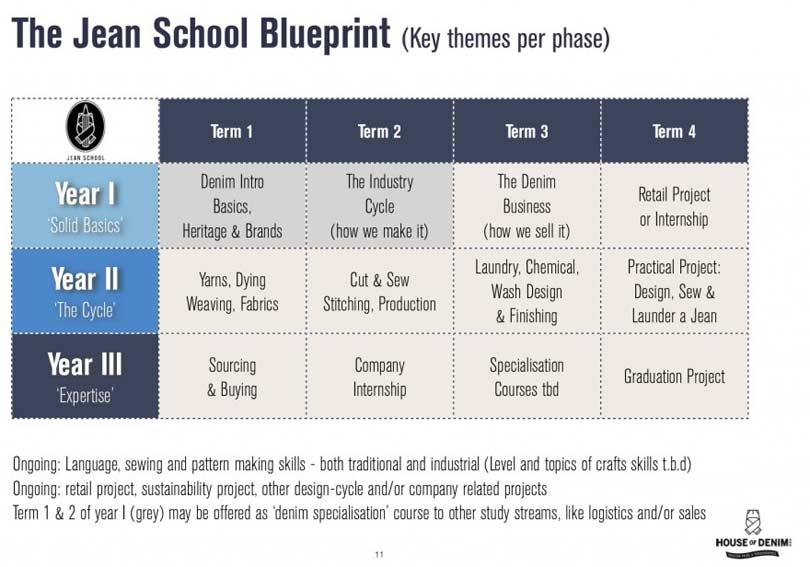 Denim's ubiquity shows no sign of dying, the focus on sustainability setting the scene for a whole new wave of innovation. There’s the potential for a new gold rush so why aren’t we in the U.S. digging, mining our homegrown talent? There’s indigo in them there hills.