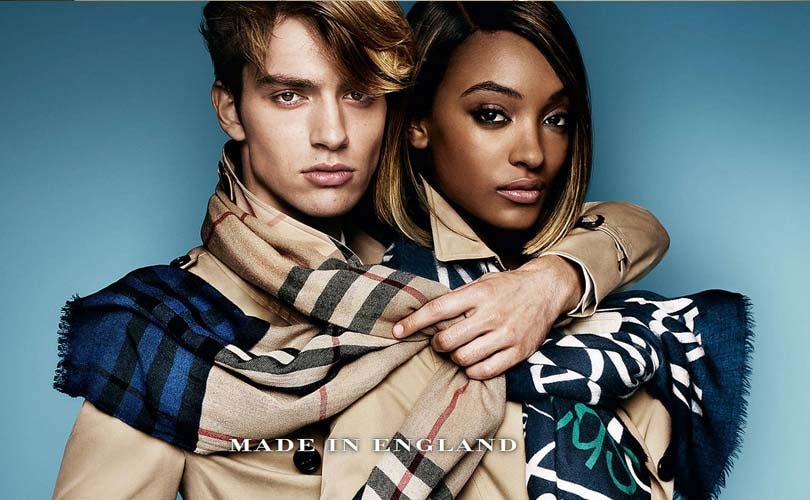 Burberry Group PLC reported a strong rise in same-store sales growth for the second half of its fiscal year, as the luxury fashion house was helped by sales of its core British-made heritage trench coats and scarves. Likewise, personalised items have been a big push for the group’s sales.

Comparable sales increased 9 percent in the six months to March, 31, with double-digit growth in the Americas and Europe, the Middle East, India and Africa.

But these gains were somehow offset by a low-single digit sales growth in Asia Pacific, "with further deceleration in Hong Kong."

Retail sales for the second half of the fiscal year came in at 1.06 billion pounds, up 14 percent on a reported basis or 13 percent excluding foreign exchange impacts and one-off items. It is noteworthy that the largest part of the company's reported revenue is earned in foreign currencies but a significant proportion of costs are denominated in sterling.

In this regard, Conlumino’s Senior Fashion Consultant, Anusha Couttigane, recalled that “exchange rates have also affected international operations; although licensing revenue rose 3 percent on an underlying basis, the division declined by 10 percent at reported FX. In a full year context, this has meant flat licensing revenue on an underlying basis.”

“Yet the bigger issue is the effect exchange rates have had on profits. Burberry expects to report FY2015 profit at 25 million pounds lower than it would have been at FY2014 exchange rates. Although macro trends are wholly out of his control, this is rather an unfortunate outcome for Christopher Bailey’s first full year at the helm of the business,” adds Couttigane.

A “robust” Burberry in an “uncertain” environment

"We anticipate external challenges will continue in the current year," said Chief Executive Christopher Bailey. He characterized the company's second half performance as "robust" in what he described as an "uncertain" environment.

Wholesale revenue, which includes sales to department stores, travel retail and franchisees at constant exchange rates, was flat on an adjusted basis at 331 million pounds. Beauty sales were up 8 percent on this basis.

Personalised marketing pays off for Burberry

Speaking to analysts for the company’s trading update for the last six months, Carol Fairweather, finance boss at Burberry, acknowledged that the company’s version of click-and-collect, rolled out in 2013, now accounted for roughly 20 percent of all digital sales. She added that the service had been rolled out in China in the second half of last year, with the company "looking forward" to the results.

In fact, the British upscale brand credits a 9 percent year-on-year sales bump in the last six months to its personalised marketing efforts, plus its British-made trench coats, scarves and personalised ponchos, as reported by Bloomberg.

The company reported 1.42 billion pounds for the period, in six months March, 31 this year. The company launched the highly personalised ‘My Burberry’ campaign last September for its eponymous perfume, which Fairweather said had a "halo effect" on wider sales.