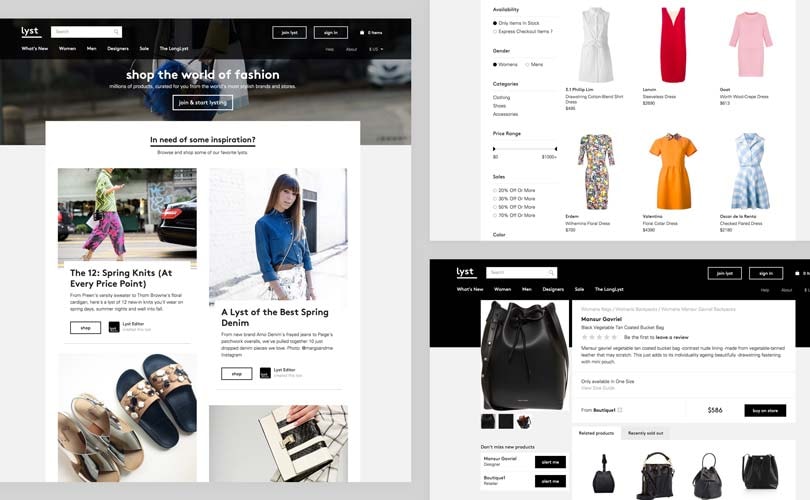 Lyst, the fashion e-commerce platform announced it has raised 40 million dollars in a Series C round of investment from LVMH’s controlling shareholder, Groupe Arnault, Accel Partners, Baldeton Capital, 14W, DFJ and a New York based hedge fund, bringing its total of raised funds to 60 million dollars to date.

This latest round of investment will be used to help support Lyst’s ongoing internationalisation, as the company begins to roll out its universal cart technology globally. The funding will also be utilised for the company’s internal growth amongst its teams in London and New York. “This is an exciting time in our space and we very proud to be at the centre of it,” commented co-founder and CEO Chris Morton.

“Our model has grown exponentially in the USA and UK, and this round funding allows us to take Lyst to fashion consumers around the world. We are already seeing a higher conversion by as much as five times through our universal cart - its widespread adoption by the industry’s leading brands and stores is a testament to the unique platform we have built and the volumes of sales it is generating.”

Launched in 2011 in London, Lyst connects millions of shoppers from around the world with over 11,000 labels, designers and retailers.