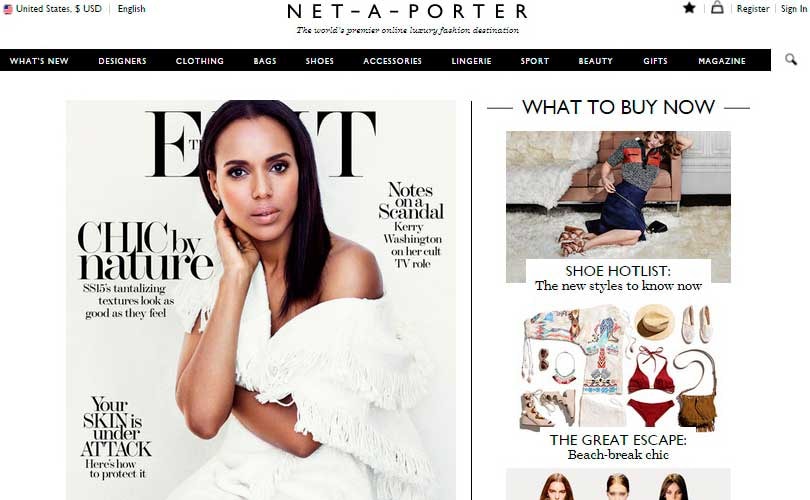 Richemont to merge Net-a-Porter with Yoox

After days of speculation, Compagnie Financiere Richemont announced Tuesday before the markets opening that it has entered into a binding, conditional agreement to merge the operations of its subsidiary, The Net-A-Porter Group, with Yoox S.p.A. in an all-share transaction.

The agreement is conditional upon the approval of Yoox shareholders at a meeting which it is expected to be held in June 2015, added the Swiss luxury goods group.

Upon completion of the transaction, the combined entity will be renamed ‘Yoox Net-A-Porter Group’, will continue to be incorporated in Italy and listed on the Italian stock exchanges, Borsa Italiana.

Natalie Massenet to be executive chairman of the resulting company

Natalie Massenet, founder and executive chairman of The Net-A-Porter Group, will serve as Executive Chairman and Mr Federico Marchetti, Founder and CEO of Yoox Group, will be CEO of the combined entity.

Commenting the news, Johann Rupert, Chairman of Richemont said: “Richemont has been a pioneer in luxury e-commerce, first as a minority shareholder of Net-A-Porter in its infancy and then as a controlling shareholder since 2010. We are proud of Net-A-Porter’s achievements under the leadership of Natalie Massenet, ably assisted by a wonderful team of professionals.”

Further detailing the reasons behind the deal – which sees alternative contending, Amazon, out of the race – the first executive at Richemont points out that “Established business models are being increasingly disrupted by the technological giants. It is with this in mind that we believe it is important to increase leadership and size to protect the uniqueness of the luxury industry. The merger of the two leaders will further enhance an independent, neutral platform for a sophisticated clientele looking for luxury brands.”

Likewise, the Swiss group added that the transaction is expected to complete in September 2015 after shareholder and regulatory approval.

Once the deal is sealed, Richemont will equity account its investment in the enlarged Yoox Net-A-Porter group.

The transaction will generate a one-off, non-cash, accounting gain in Richemont’s financial statements for the year ending 31 March 2016 of approximately 317 million euros (at both the pre- and post- tax levels), based on currently available information.

Richemont also added that, excluding the one-off, non-cash accounting gain, the transaction is otherwise expected to be broadly earnings neutral in terms of Richemont’s net income for the financial year ending 31 March 2016, based on currently available information.