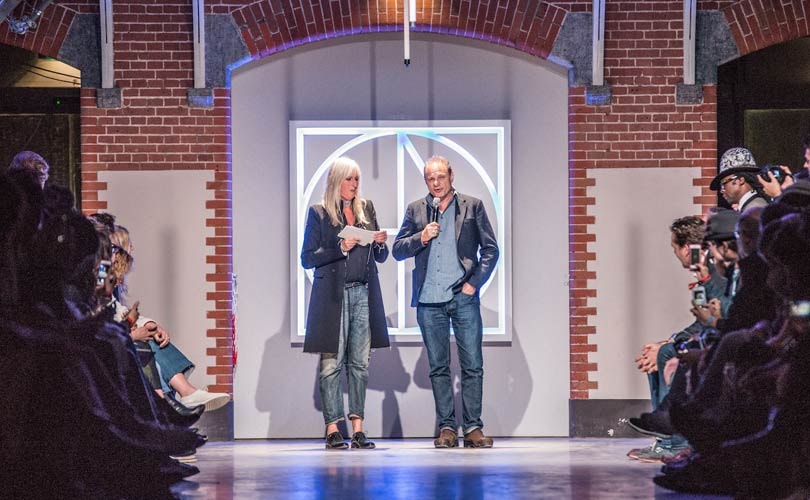 “And the award for design goes to Jonathan Christopher,” said Adriano Goldschmied, 'the Godfather of denim,' to a screaming crowd of denim enthusiasts at Amsterdam's brand new denim innovation campus, Denim City during the first annual Global Denim Awards.

“The Global Denim Awards 2014 is a new event, a pilot which pairs six emerging designers, with no denim experience, with six of the world's premiere denim mills. It's aim is to connect talents within the industry to create a directional path for the future of denim design, innovation, sustainability and craftsmanship,” explained Mariette Hoitink, founder of fashion recruitment and consultancy agency HTNK, who together with denim trade fair Kingpins, e3, and House of Denim, HTNK created the debut award ceremony.

The selected nominees included Italian designer Stefano Ughetti, Turkish designer Gizem Turn, London-designer Bhavesh Samji, Amsterdam-based designer Fernanda Fernandes and Dutch designers Jonathan Christopher and Anneloes van Osselaer. “The designers visited the mills in Italy, Turkey, Spain and China and co-created with the mill a capsule collection of five total denim looks. I can assure you that they drove each other crazy at times. But they also fell in love with denim and it must be in your DNA and that is what we looked for,” added Hoitink, who helped pair the designers with the denim mills. 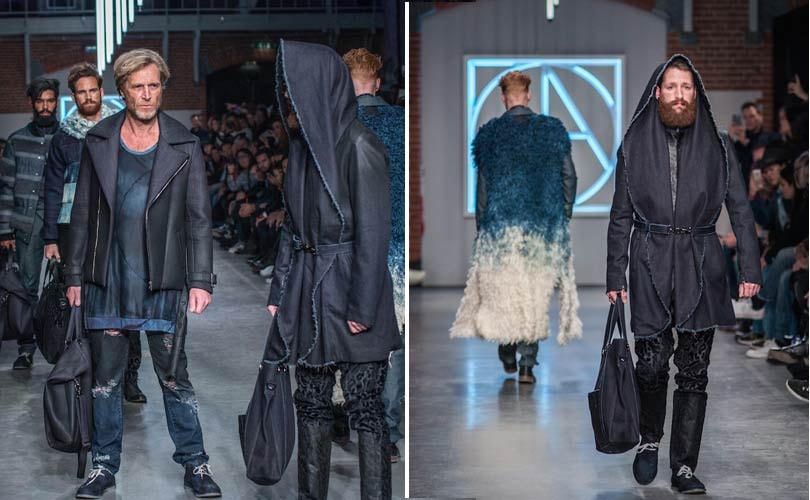 Each designer participating in the award ceremony had been tasked with the challenge of creating five complete denim looks. Barbara Gnutti, exports manager for Italian vertical denim mill ITV Denim, was paired with Jonathan Christopher, which turned out to be a match made in heaven. “I am so happy we were given this opportunity. Jonathan is an amazing guy, I have become best friends with him over these past few weeks, even my colleagues make fun of how close we have become.”

“We have been working together for the past three weeks creating his collection, but the time just flew by. He was a pleasure to work with. He really knew what he wanted, he just walked around our factory in Italy selecting the types of denim he wanted. Luckily his requests were easy to to do, as we are Italians. We always say yes to any request, and then see if it is possible to do. I am very excited about his work, and share his feeling of excitement.”

ITV Denim: Jonathan "was a pleasure to work with"

Hailing from Rotterdam, the Netherlands, Christopher graduated from the Willem de Kooning Academy in 2009. He went on to earn his master's of fashion design at ArtEZ Fashion in Arnhem, graduating as part of Generation 12. His collection caught designer Marc Jacobs' eye and he was selected as one of five finalists for Designer for Tomorrow by Peek and Cloppenburg. Since then he has held expositions for his work around the world and in addition to working on his own brand, he also works freelance for brands such as Karl Lagerfeld. 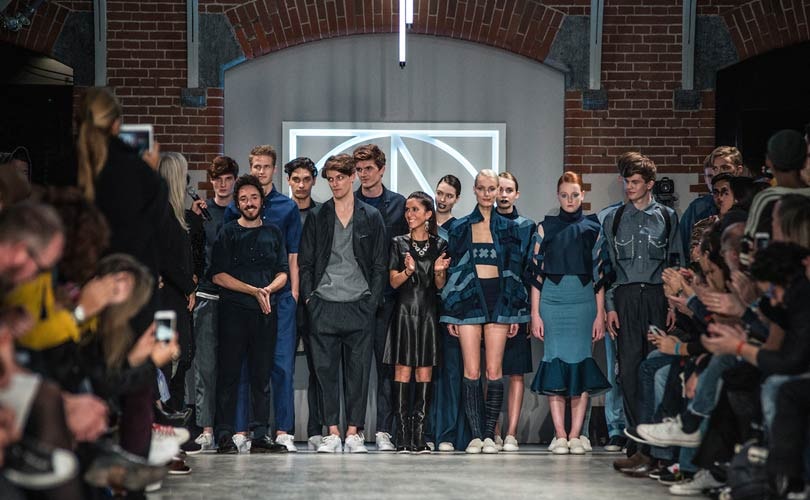 Christopher says his collection was inspired by the urban nomad. “The Nomadum collection gives a look in the different worlds of nomads.” He used denim combined with alpaca wool to create a bomber jacket, for example, a time consuming process which took 6 hours per panel to make. He also created a denim bomber jacket, one he liked so much that he ended up crafting a version for himself to wear during his collection presentation to the judges.

Goldschmied, who was one of the four judges for the debut award ceremony along with Jason Denham, founder of denim label Denham, Rene Strolenberg, co-owner of denim store Tenue de Nimes and Norma Quinto, managing director of Berlin based consultancy Quintoemilio GmbH, were given the difficult task of selecting the winner. “It is absolutely true that we had a difficult job in making a decision,” said 'the Godfather of denim'.

“I would have liked to give an award to everyone because I think they put so much passion and energy into this project and they made this project successful.” However, in the end there could be only one winner. When asked if he was disappointed he did not win, Samji laughed and said that just being a part of this project was already an incredible experience for him. The London College of Fashion graduate revealed that he had never thought of working with denim prior to working on this project. “It really made me think about denim in a new way.” 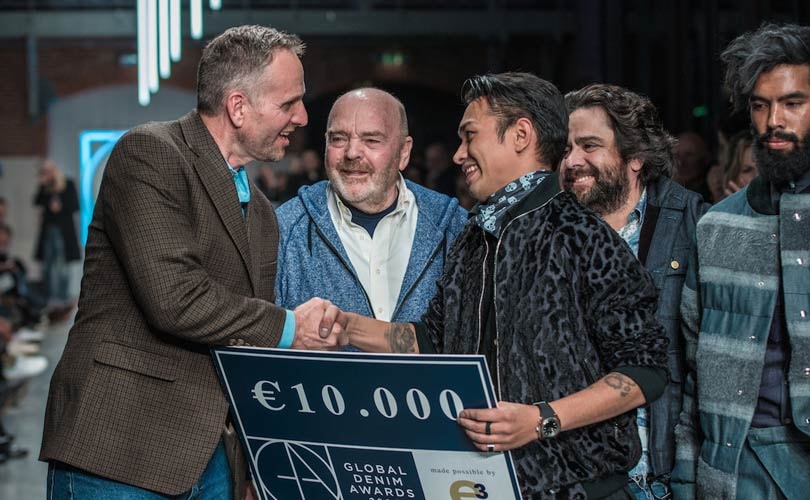 Bhavesh Samji: "I never realized how big the denim industry really was before this project"

“I never realized how big the denim industry really was before this project...this type of challenge limits your creativity to a certain extent, but also makes you think of how to use fabrics in innovative ways,” he adds. The competition also helped him see the commercial side of the denim industry, and realize how denim is a viable fabric to everyone. It helped him push his boundaries as a designer, to see what denim really could be. “I liked being pushed to use it, and in the future I will definitely be more open to incorporating it into my work.”

The Global Denim Awards also celebrated the denim mill which produced the best fabric during the competition, which went to Turkish vertical denim mill Bossa. “We recognize the amazing job they have done in sustainability and their ongoing determination to succeed. They invested a lot of money and resources into the project.”

“Everything we are doing is a dream,” said Andrew Olah, founder of denim trade fair Kingpins on the Global Denim Awards. “You could not even imagine something like this, unless you are a dreamer.”