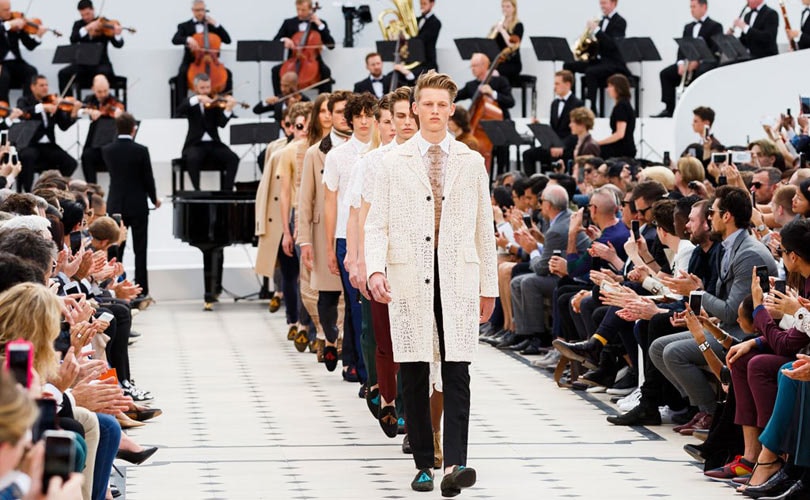 Lace was not just for women at Burberry, where the material leant a romantic feel to white shirts and finished straight-cut, mid-length coats. But Christopher Bailey, the luxury British brand's chief creative and chief executive officer, admitted the style is not for everyone. Certain men would wear lace, others not, Bailey said, adding that in a fashion show there was something for all tastes, and he personally liked the poetic feel that it brought.

Burberry showed off its spring/summer 2016 collection k at Perk's Field, next to Kensington Palace, the official residence of Prince William and his wife Kate, giving the occasion a garden party feel. Among those on the guest list were actor Samuel L. Jackson and Formula One driver Lewis Hamilton. Using black, pale grey and even mustard tones, Bailey has reinterpreted the label's signature style. The Chesterfield coats boasted a relaxed and elegant feel, and bore a lace collar. As for their famous trench coats, they are made from silk and light wool and adorned with motifs. There were also ideas drawn from the streets, with jogging pants in cashmere, and bomber jackets with quilted panels.

Just as at Burberry, a relaxed style that nonetheless respected dress codes was also in evidence at Jimmy Choo. The luxury shoemaker presented its new collection at the Seymour Leisure Centre in London, in a sports hall converted into a skateboard park for the occasion.The collection was a meeting between urban and traditional styles, said Sandra Choi, the brand's creative director. The geometric designs and vivid colours on the shoes and trainers were a throwback to the 1980s and the Memphis Group, the postmodern Italian design and architecture group. 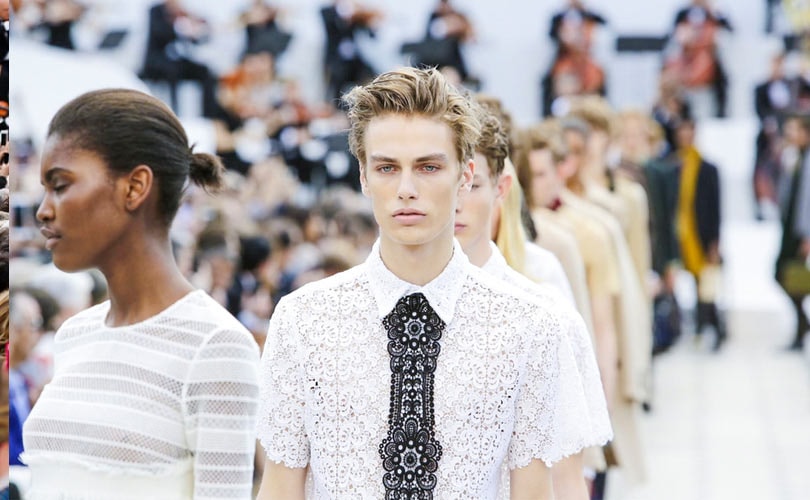 The more-refined Christopher Kane showed off his collection in his new London boutique, which opened at the start of the year in the plush Mayfair district. The fashion designer borrows from streetwear with hooded sweatshirts with coloured lines, suggesting an idea of perpetual motion. The same motifs were used on accessories. He said many of his designs were taken from paintings, including the textures and materials.The Scot has also come up with almost an entire outfit (coat, jacket, trousers) in tweed, speckling the grey material with red, blue, green and yellow dots to create a style both classic and trendy at the same time.

The four-day London Collections: Men fashion week grew out of the larger womenswear event. This was its seventh edition, with 77 designers on the main programme. Sharp suits mixed with streetwear throughout. The event opened Friday with a show by Topman, the brother label of high-street brand Topshop, featuring retro tracksuits, wide-legged chinos and sporty tailoring. The event has had one eye on boosting ties with the lucrative luxury Chinese market. This season saw a new focus on promoting British menswear to China, with the appointment of the event's first international ambassador: 45-year-old Chinese model, actor, singer and philanthropist Hu Bing. (AFP)