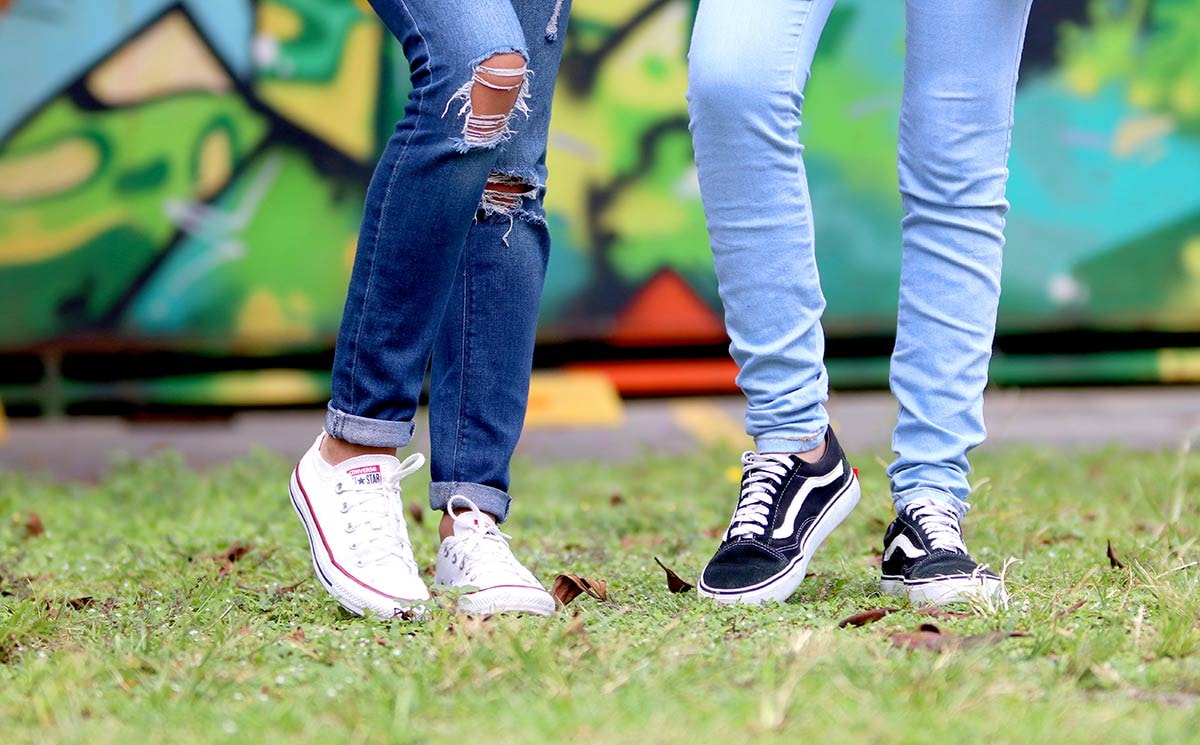 For those who secretly have no idea what selvedge denim is but have heard that the best denim fabric comes from Japan (although they still don't know why.) Or for those who bluff their way through specialist stores talking to the staff, whilst they frantically try to hide that they have no idea what jeans made from raw denim are, comes FashionUnited's very own crash course in denim.

Speaking to Stacy Denzel Janmaat, denim expert at House of Denim, he explains the basics of denim. "Manufacturers often buy denim fabric which they use to produce jeans, but it is important that you know what the fabric is going to do and how it will behave, so you can alter your design for optimum use." 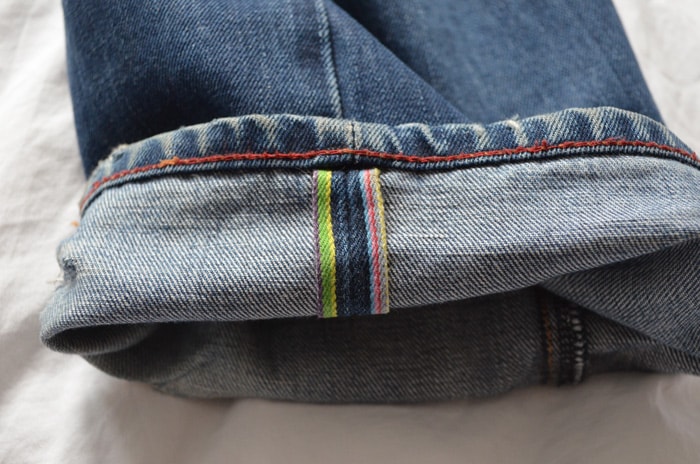 "Selvedge, or Selvage, literally means 'self-edge'. It references to the edge of the fabric, in the lengthwise direction. The name originally dates back to the 1950s, when denim was made on the older machines known as shuttle looms, which produce tightly woven strips of heavy fabric from one continuous cross yarn. The edges of the knitted fabric are trimmed at the same time with a white edge to prevent fraying or unraveling. In the past all the selvedge edges were white but in time weavers looked to differentiate brands and introduced other colors for the edges, which is why Levi's has its red selvedge."

"Nowadays the majority of denim produced is non-selvedge, as the denim fabric is produced on newer machines, like projectile looms, make wider swaths of fabric at a cheaper price and with less waste. However, the edge that comes out of a projectile loom is unfinished and prone to unraveling. The only reason why consumers are asking for Selvedge jeans is nostalgia. A while ago, authenticity was a big trend, and everything had to be done by hand. Selvedge denim fits nicely within that category." 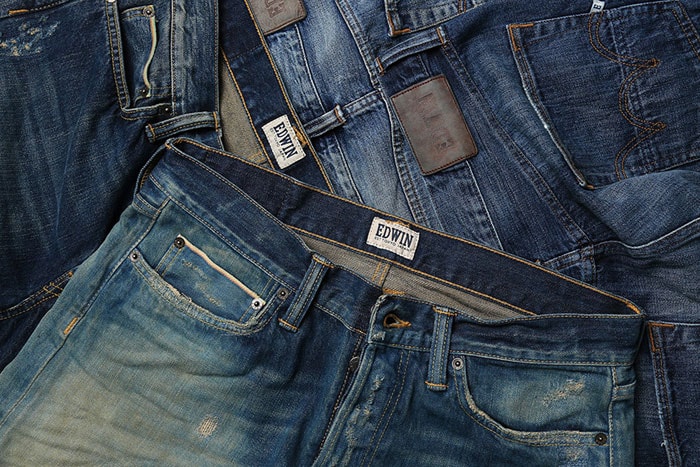 "The Japanese purchased old machinery from the United States, so they still produce denim in a very traditional manner. Actually you should mention the term Otaku, which translated to someone who is obsessively engaged with all the denim details. They source the best types of cotton and indigo as well." 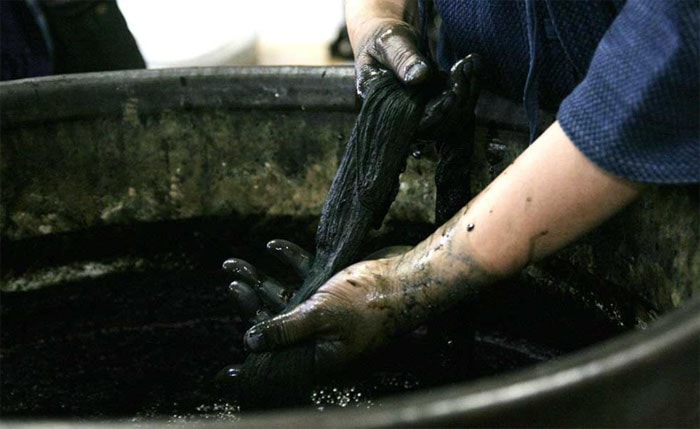 "Indigo is a dye from the plant species Indigofera. However, the majority of indigo is currently synthetic, which means its diluted. Actually it's a miracle that denim even exists because the indigo dye does not adhere to cotton very well."

"You have indigo powder, which is the dye most brands use, that is dissolved in water with salt and then heated. The vats in which the fabrics are dipped are actually green, not blue. After dipping the fabric, you have to wait for the denim to come into contact with oxygen, which turns the dye blue. Only after this happens can you re-dip the fabric to get a darker shade, which can be done a number of times until it no longer pick up the color. It is also impossible to dye synthetic materials with indigo, due to the stretch in the fibers which run horizontally through the fabric." 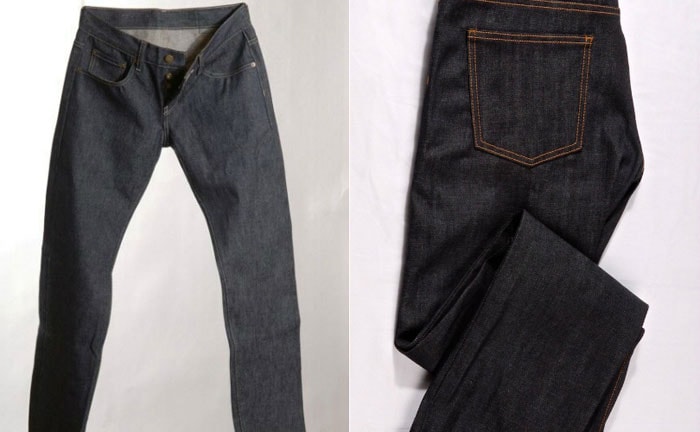 "There are many terms for this type of denim: unwashed denim. 'Raw Denim' is actually a term coined by G-Star, Blue Blood calls it 'Dry Goods' and Denham 'Virgin Denim'. There terminology for this denim is mostly due to branding. The term means that the cotton was last submerged in water when the yarns where dyed. A denim layman can recognize unwashed jeans by looking for a very dark color and a somewhat rougher, more rigid feel to the fabric."

"The charm of unwashed denim jeans is that the jeans can be seen as a blank canvas waiting to be brought to life, because the wearer can create all the abrasion and patches of wear themselves. You are able to day 'Oh that scuff was made then.' The idea stems from miners, who were the first to wear denim jeans. They would wear their jeans over and over and occasionally wash them in a creek when they were too dirty. By the way, I think it is pure nonsense that you should put your dirty jeans in the freezer to clean them. You should just hang them in front an open window in the evening, rather than putting them back into the closet after a day of wear to let them air out. When my jeans really aren't that fresh any more, I take them with me into the bathroom whilst showering, so they steam-clean. Do you think that's dirty? Honestly, I think this is more suitable cleaning method for men to do with their jeans, as womens underwear contain less fabric and provide less coverage down there..."

"There are certain washes which can make jeans look older than they are. For example, stonewashing, which is literally done with stones. Although this method is often used, it is not recommended anymore because it uses a lot of water. Then you have Ozon, a new technique from Jeanologia, during which the jeans are bleached using gas. And laser. You can load a pattern into the computer, which is then burned into the pants. There is also sanding, when jeans are scuffed using sandpaper. All these finishes are still done by hand."

"There are currently a number of developments occurring within denim finishing. By which I mean fabric weaving. Recently there is the Aloe Vera finish, which moisturizes your legs. Or LSD jeans aka the party pants ."