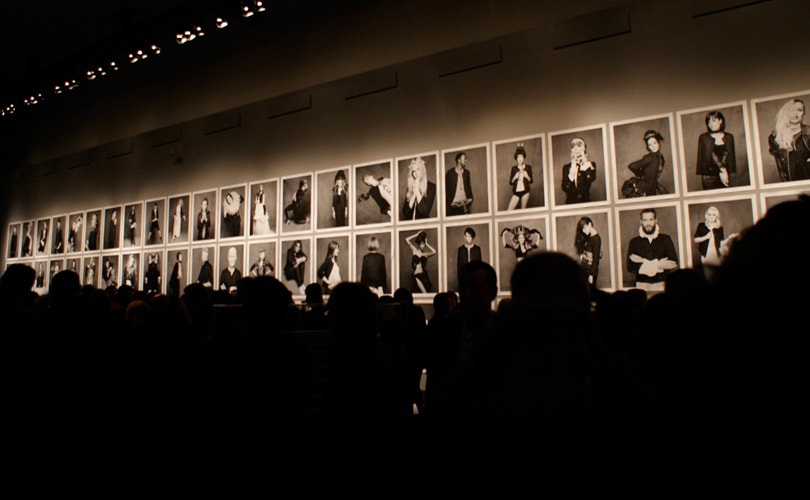 Their creations are usually reserved for a few wealthy clients, but European museums are currently allowing the public to admire up close the works of star fashion designers Jean Paul Gaultier, Alexander McQueen and Karl Lagerfeld.

The Gaultier show, which opened in Paris Wednesday as part of a global tour, and the McQueen one in London running for the past two weeks have proved to be hits according to organisers. The Lagerfeld exhibition, in the German city of Bonn, has just begun and is certain to draw crowds curious about the Chanel designer's work. "Those who don't get a chance to attend the fashion shows rarely see what a haute couture creation looks like," said Jean-Paul Cluzel, the president of the Grand Palais exhibition hall in Paris displaying the Gaultier retrospective.

"Even the very best images, the very best televised reports are not able to show the richness of the material, of the embroidery. Only an exhibition allows common mortals to see that." The success of the Gaultier exhibition shows no sign of flagging. It has already been seen by 1.4 million visitors since starting out in Montreal in 2011 and making eight other stops around the world. The French designer is famous for innovative and sometimes outrageous pieces, perhaps most famously Madonna's cone bra. In London, the Victoria and Albert Museum is featuring "Savage Beauty", the biggest-ever exhibition in homage to Alexander McQueen, the brilliant British designer who committed suicide in 2010 aged 40. The display started out in New York's Metropolitan Museum of Art in 2011, organised by its Costume Institute, where it achieved "blockbuster" status that year with 660,000 visitors.

Trend started by US journalist

The Met has been at the forefront of the thriving retrospective shows of designers ever since launching the trend in 1983 with an Yves Sant Laurent show that was the brainchild of influential American journalist Diana Vreeland. Vreeland, a Harper's Bazaar and Vogue columnist who was also consultant at the Met's Costume Institute before her death in 1989, was behind numerous fashion exhibitions around the world. 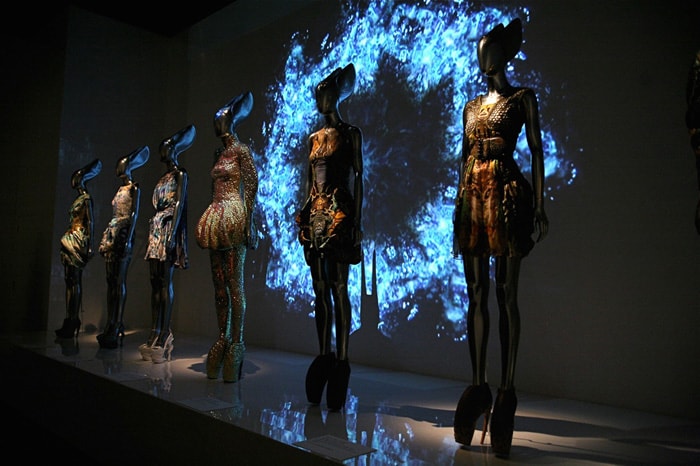 "She felt that clothing as art had to be associated with individuals, charismatic individuals in any period," explained Harold Koda, the curator in charge of the Costume Institute. "She didn't believe that art percolated up from the masses, she believed it trickled down." But, Koda admitted to AFP, "she had a very loose connection to fact. I think if people saw her shows now they would say 'But there is no content!'". That aspect has changed, as today's public is more sophisticated and knowledgeable, the curator said. Now, the focus is on more substance -- "the public requires it," he said.

'Interpreting', not selling the designer

Olivier Gabet, director of Paris's Museum of Decorative Arts that organises two or three fashion exhibitions each year, also stressed how much more demanding the public has become. "It's so hard to escape fashion these days. Advertising is everywhere. And, what's more, it fascinates people," he said. What is important in the museum exhibitions, he said, is to include scientific and artistic information. "There has to be a point of view and analysis. Otherwise it's just a marketing operation." The collaboration of a designer with a museum showing his or her work is valuable, but contains its own danger of the designer "also becoming his own curator".

The need to keep some distance was the cause of some tension when the Museum of Decorative Arts showed works last year by the Belgian designer Dries Van Noten. "There was a real discussion -- a fairly sharp one sometimes," between the designer and the museum, Gabet said. Koda said "it's always more fun" to have the artist involved in the exhibit. But he too noted that "it's very important for the museum to draw a line" and tell the designer that their work is being interpreted and "it isn't your representation of your own work. And that's not negotiable." He added: "A great art work is sometimes beyond the intention of the artist." (AFP)