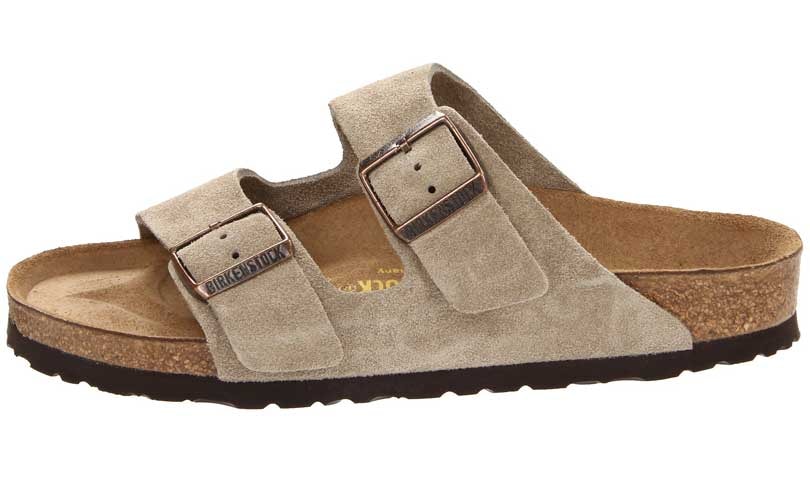 How did Birkenstock's get so popular?

When Birkenstock's first hit the fashion scene they weren't really your traditional fashionista's item. They were the kind of thing you would expect a hippie with a trust fund pretending to rebel against his wealth to wear. Those among the fashion elite would have sooner gone barefoot than even think about putting their feet inside of a pair.

How times have changed, because now Birkenstock's have transitioned from a fashion don't to a fashion-do, and in some circles are considered a luxury must-have. How did a piece of footwear that was once associated with hippies and young college liberals turn into a fashion need? First, Birkenstock's began appearing in the fashion magazines, and from there they began to get the attention of fashionista's who would swear by whatever brand they saw in the top fashion magazines.

Then, Birkenstock's began appearing in high-end department stores such as Bloomingdale's and Nordstrom. However, the real culmination of Birkenstock's becoming a fashion must have was in 2013 when Céline sent a model down the runway with a pair of fur clad Birkenstock-style shoes. While everyone may not have had a 1000 dollars on hand for Céline's pair, the Birkenstock became a must have.

Brikentstocks have turned into a coveted fashion item

It was one of those rare moments where a high-fashion company actually took inspiration from what was once considered unfashionable and made history out of it. Fashion bible Vogue magazine even referred to Birkenstock's as "sexy." Andrea Rosso, the creative director of Diesel's brand licensing has said what has made Birkenstock's so popular is "fashion people taking advantage of Birkenstock and making it fashionable."

Although, the truth is, Birkenstock's are probably just a trend. Unlike other shoe trends, like Vans for example, which became trendy in the mid to late aughts starting off as just a skate shoe, but quickly becoming fashionable with companies doing them in different styles and collaborations, there is only so much one can do with a Birkenstock. Vans have staying power because you can keep doing something different with them.

Although, there are those who believe that Birkenstock's have staying power. Manolo Blahnik, the shoe icon behind the namesake label made popular by Sex and the City and red carpet actresses, was quoted saying to the Wall Street Journal, "One obviously has to have immaculate feet and a beautiful pedicure. Other than that I do not see any reason not to wear them." It may just be Birkenstock's moment, but, for now, the rubber-cork-mixed sole open toe sandals are here to stay.