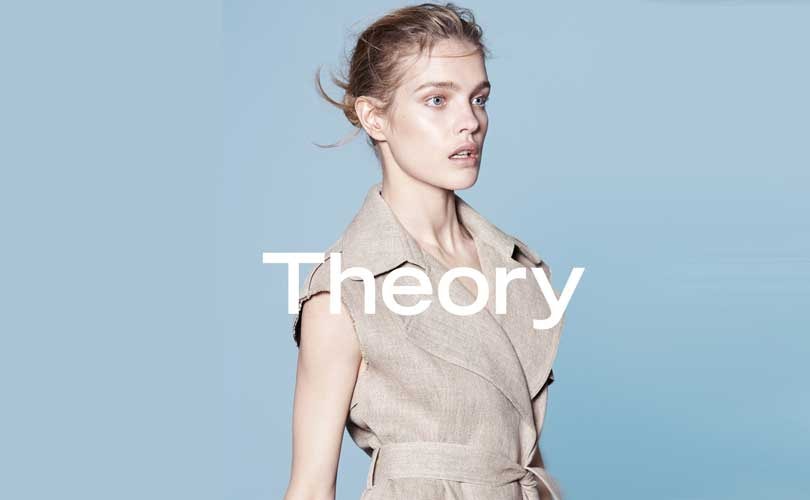 It's a whole new Theory

Ever since Olivier Theyskens left Theory the spotlight was shining on what would happen with the label. There was no news of a new creative director announced, and the spotlight quickly faded from Theory as they went about their business as par usual. Well, Theory could only manage to stay out of the spotlight for so long, and as they make their way back into the news headlines and conversations of all those Bloomingdale’s loyallist card fashionistas the brand is now positioned to reinvent itself and just in time for fashion month as well.

For starters, while the brand has made no announcements of a formal replacement for Theyskens, they have quietly appointed current creative director of women’s wear, Lisa Kulson, and their head of men’s design, Ben Stubbington, as co-creative directors. Kulson has long been associated with Theory, so this position was only fitting. She began with Theory when the brand was founded by Andrew Rosen in 1997. She left in 2002 to work on other projects, and then returned a brand consultant in 2012 with the goal of trying to bring back Theory to its original roots.

Co-creative director, Ben Stubbington, has quite an impressive resumé as well. He has worked at Calvin Klein and Rogan before he was brought to Theory by Rosen where he has served as the head of men’s design for the last five years. The new design duo has quite a task on their hands with Theory re-inventing itself for spring 2015.

For starters, the brand has redesigned its logo, and will launch a new ad campaign with images to be seen on billboards, catalogs, in magazines, and in store windows. Photos have already been released of model Natalia Vidanova in the spring ads, and she is a vision in Theory’s fierce new designs. This is a step away from Theory’s old model, in which the brand relied very little on advertising, but still managed to have global sales approaching 1 billion dollars.

This month ads for Theory will appear in the WSJ Magazine, T: The New York Times Style Magazine, and several Asian publications, as the Asian market for luxury goods is only continuously growing. As for Theory’s logo, where it was once all small lowercase black letters, it will still be all black, but the T will be capitalized and the letters will be bolder. If the logo reflects anything it is Theory’s move toward a bolder modern presence.

Rosen recognized the need for Theory to begin to grow with modern times. While Theory had primarily conducted its business with department stores, that is no longer enough to survive in 21st century retail. Brands have to be able to keep up with department stores, e-commerce channels, and their own retail stores. With Theory trying to expand its global presence they have to become a jack of all trades now more than ever.

Currently, 45 percent of Theory’s revenue comes from the U.S., while the other 55 percent comes internationally. 75 percent of the business is women’s, and the other 25 percent is men’s, but men’s is quickly growing faster than ever. There has been a huge shift in the fashion industry with an increased demand for luxury menswear, and Theory is slowly feeling the effects of that demand, so it is an excellent choice that Stubbington will be at the helm as Co-Creative Director given his menswear experience. In the words of Stubbington on Vogue.com, “Theory is on a great trajectory at present and the timing of the new logo and elevated branding work in parallel to that.” It’s a whole new era for Theory, and one that seems sure to do their brand wonders.