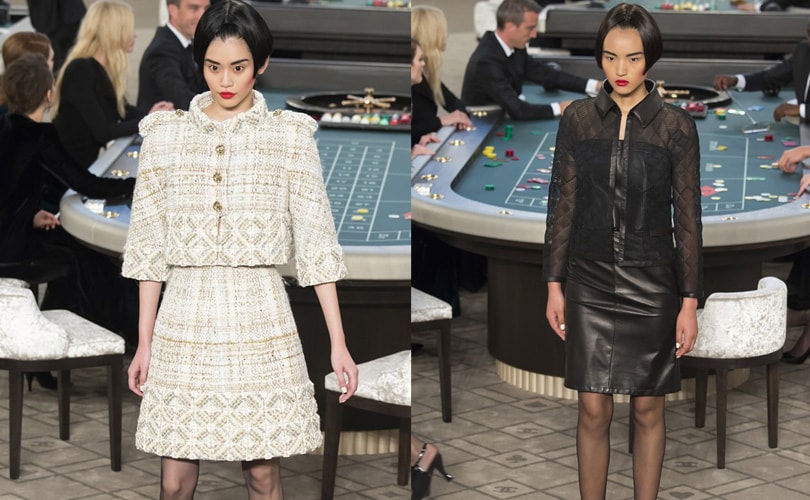 In a typically elaborate staging -- last year he recreated a Parisian bistro on the runway -- Lagerfeld showed his first of two couture collections at Paris Fashion Week, with his all-fur production for Fendi on Wednesday seen as one of the highlights of the five-day fashion extravaganza.

British singer Rita Ora, French singer Vanessa Paradis and her daughter with Johnny Depp, Lily-Rose, were also featured as high rollers sat around roulette tables in the centre of the runway. Slot machines circled the perimeter of the muted, cosy room where models in sharply-cut black bobs, with bright lipstick and thickly-spread blush took to the runway in an atmosphere of the heady 1920s. 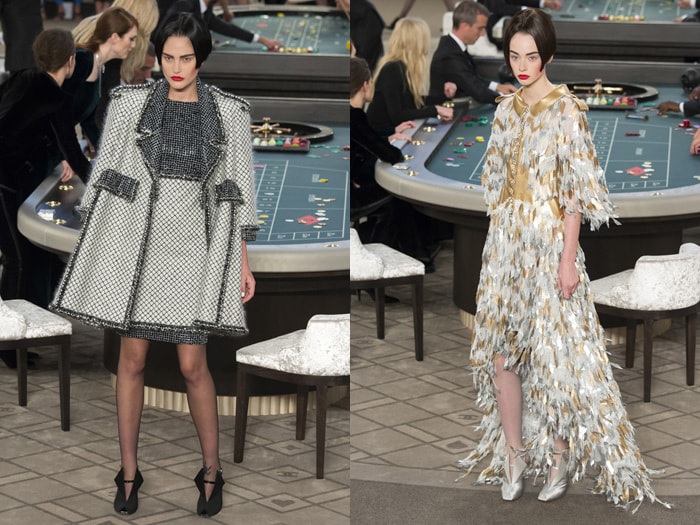 The iconic Chanel suit sported square-cut shoulders and boxy jackets, appearing three dimensional thanks to a technique called selective laser sintering which Lagerfeld used to take the look into the 21st century. The technique sees a laser aimed into space where it binds powdered material according to a 3D model, creating a solid structure.

"The idea is to take the most iconic jacket of the 20th century and make a 21st century version, which technically was unimaginable in the period when it was born," Lagerfeld told AFP after the show. "The vest is one piece, there is no sewing, it is moulded." The Chanel designer said the technique "widens haute couture" and would be used more and more in the future.

"What keeps couture alive, is to move with the times. If it stays like sleeping beauty in the woods in an ivory tower, you can forget it," he said. "The women who buy couture today are not the bourgeoises of the past, they are young, modern women." The haute couture designation is protected by French law and attributed exclusively by the ministry of industry to 14 houses whose clothes are entirely made by hand and tailored to each client. 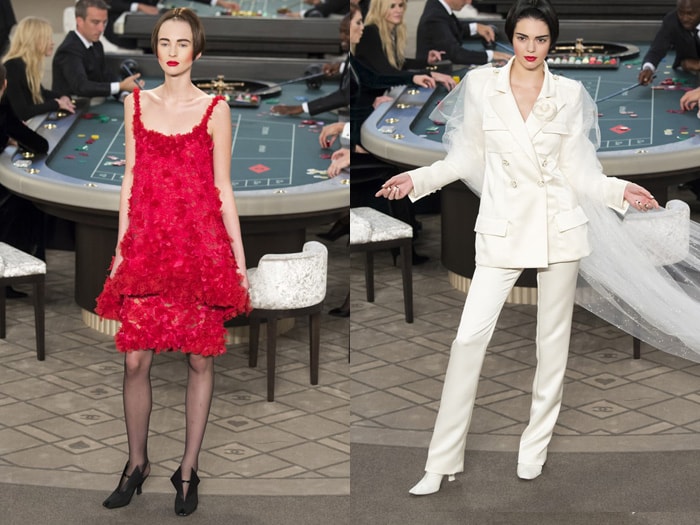 Lagerfeld's dresses had layered skirts or a high-low hem -- short in the front and long in the back -- and as seen in several other collections this week, grazed ankles and necklines plunged nearly to the navel. One dress was almost entirely made out of feathers, with a gold collar. The show was capped by model Kendall Jenner as the Chanel bride in a white trouser suit with a long bridal train.

Lagerfeld said his modern clients were also a lot richer than when Coco Chanel first started out, when mostly women from America or South America would fly to Paris to see couture collections. "Today it is private jets that transport clothes for women to try on around the globe. At Chanel we have four haute couture workshops with hundreds of workers: they are always snowed under.

"It is a clientele which doesn't show itself, which doesn't come to the runway shows, they live on another planet," said Lagerfeld. He said his decor was inspired by "the ambiance of casinos at a time when people dressed up." "They didn't appear to try and win to pay the rent at the end of the month. Today casinos are a bit more dreary because people no longer get dolled up."

On Wednesday the indefatigable Lagerfeld, 81, will unveil a collection celebrating his 50 years with Italy's Fendi, which has hailed the "longest relationship between a designer and a fashion house." The show will be entirely "haute fourrure" or couture fur -- a material the luxury fashion brand has never shied away from. (Fran Blandy and Anne Laure Mondesert, AFP)