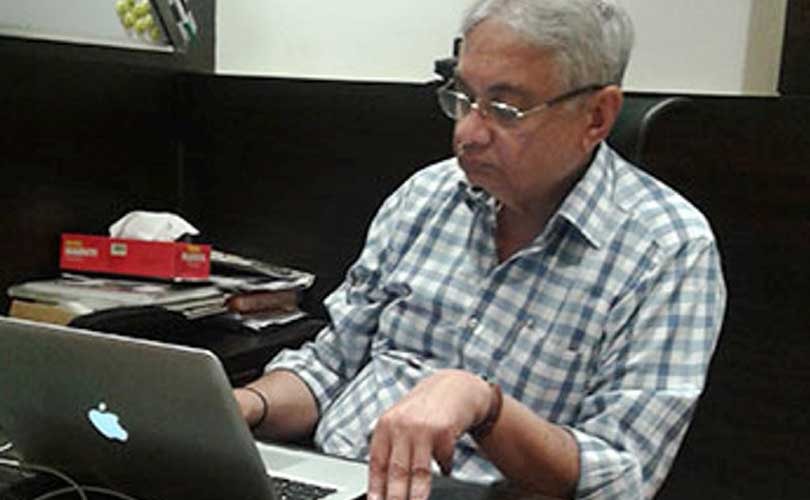 ‘My first goal is to increase interaction between members’ – IAF President

Rahul Mehta, President of The Clothing Manufacturers Association of India, has now takenover as the new President of the International Apparel Federation (IAF) for two years (2014-16). He plans to introduce several new initiatives apart from improving connectivity between IAF members. In a tête-à-tête with Sanjay Chawla, he reveals his plans for IAF apart and his views on the changing dynamics of the global apparel industry…

What is the first thing on your agenda as IAF President?

My first goal is to increase interaction between members and secretariat and to provide more information. I am planning to tie-up with an agency in India, which will prepare a quarterly or a monthly report on the industry across the world and share it with members. We have tie-ups with international trade publications but these tend to be commercial in nature. Now, I want a non-commercial venture. An agency will do research and analysis out of its own resources and distribute it to members.

I am hoping to organise a few buyer-seller trade meet called ‘A2A-Asia to Asia’. For international students wanting to work in Indian or Chinese companies, there could be exchange programs. Fashion students from the UK, US may undertake internship with Indian brands and vive-a-versa. IAF can act as a facilitator for such activities.

My goal is to improve connectivity and services to industry members. If CMAI is a member of IAF, it is not enough for CMAI’s president to be on the board, CMAI members too should benefit from IAF activities.

Tell us more about IAF…

The Netherlands-based IAF, is a federation of the national clothing associations of nearly 50 countries, including the US, UK, Europe, Japan, China, India, Bangladesh, Pakistan and Sri Lanka, among others. It represents over 1,50,000 companies who provide products and services to the apparel industry. Each country is represented by only one industry association, which is invited to be a member of the federation. There are also some 40 corporate members.

The associations interact with each other, under one roof. So you can understand the economies, markets, policies of each country. And through the associations you can submit your views and suggestions to those economies and can in a way influence the policies of those countries. While we don’t represent any government and can’t enforce our views beyond a point, it helps in better coordination and cooperation between different countries. The federation consists of buying and supplying nations. So it’s a bridge where the concerns of both are addressed.

Though Accord and Alliance are from Europe and the US and working independently in Bangladesh, IAF has been invited to be an impartial coordinator between these two. We have a global responsibility committee which addresses the concerns of manufacturing countries. One issue we are taking up is audit fatigue. For instance, a large manufacturing unit in Sri Lanka goes through 300 audits a year, which means an audit almost every day. Does it make sense? It may not be practical to aim at just one global program. IAF is trying to create some common features so that individual buyer audits can be restricted to just a few of their requirements.

What are the new initiatives being planned?

IAF is trying to create a formal structure for information sharing. Under this if an association is a member and has a payment dispute with a buyer who is also a member of IAF, one can address the issue through IAF. Also, so far most international fairs have been between the West and Southeast Asia. But there is little Asia to Asia trade exchanges. IAF is trying to do something about this.

There is a technology committee that strives to continuously update the industry on latest technological developments across the world. IAF is trying to explore whether it can be looked at from the apparel perspective. IAF discussed RFID technologies before any retailer or a brand invested in it. The virtual trial room was also discussed three years back, so IAF plans to help members update on the technological developments. IAF can become a useful networking platform, where members can meet people from the same industry and explore opportunities.

What’s the size of the global apparel trade?

The global apparel trade is around 550 to 600 billion dollars (over Rs 35,00,000 to Rs 37,00,000 crores). Major consuming markets like the West are growing between 2 to 5 percent. That’s probably reflected to some extent in export growth of major supplying countries. India is growing at 17 or 18 percent. But it’s not countered by de-growth of 15 percent in China or elsewhere. All exporting countries are growing at various percentages.

Newer supply centers are emerging. The largest traditional supplier is China. There is not much growth happening in Bangladesh, Pakistan and India. Vietnam could be growing. Myanmar and Africa are turning out to be interesting.

What are Bangladesh’s strengths and weaknesses?

Bangladesh’s main advantage is the price. Garments constitute 85 percent of their exports. The government supports the industry. Factories have developed manufacturing expertise due to their association with global brands. But buyers are putting pressure on Bangladesh factories to improve wages, labour standards and safety standards. The question is, when its standards improve, will they be as competitive as they are now? In the meantime, many buyers are already looking at other sourcing options. And some Indian exporters have benefited from this. But many international brands and corporations will offer Bangladesh better prices and that will lead to better living standards and security in the apparel industry.

How do you perceive South Asia as a whole?

South Asia’s importance in apparel will grow. IAF hopes to play a role. I think there is potential for intra-trade. Both as a market and as a support system, South Asia will grow. South Asia and the Far East can be seen not only as markets but as sources of supply. Indian companies will then manufacture not only in India but in many parts of the world.

Is China still strong and competitive?

China has a strong position in the industry. Even if they want to move away from the textile industry they can’t. The world is too dependent on them. It’s not possible to ignore China. There is a disciplined work force, manufacturing expertise, new technology. But some movements will happen. Already China is moving up the value chain. It is moving away from the two dollar commodity type of garments. So those who were going to China for low cost items will now look for other sources. But those who are seeking high value items will now go to China.

Which are the emerging apparel centres/sourcing markets?

The world needs Africa as a supply source and as a market. South Africa has trade barriers and is cut off from the rest of the world. There are a few growth markets left in the world. Apparel has shifted from high cost economies to low cost economies. It has moved from the US and the EU to China, Bangladesh, Vietnam and Cambodia. Myanmar and Africa are the only countries left.

What are the emerging global trends?

The concept of manufacturing closer to home is catching up. It will impact global dynamics. Manufacturing countries will look at non-traditional markets. They can’t afford to depend on markets that are not growing much. They have to explore other markets too. I feel they should merge the export and the domestic businesses. That’s why China is looking inward, India is looking inward. Europe and South America will expand faster. Production will be higher in South America, since the American companies are looking at them.