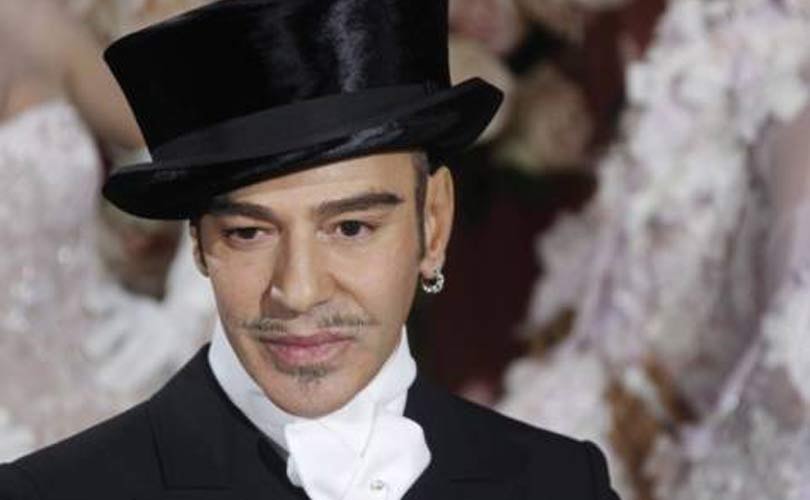 New designers at Hermès, Nina Ricci and Adam Andrascik will be turning heads at Paris fashion this week, but all eyes will be on John Galliano, recently returned from disgrace.

Fresh from shows in New York, London and Milan, the fashion world returns to Paris on Tuesday for nine days of autumn/winter collections. There are 92 ready-to-wear shows on the bill, with some 50 additional events on the sidelines.

Among the most hotly anticipated -- the first collection for Hermes from Nadege Vanhee-Cybulski, who took over from Christophe Lemaire as the luxury brand's new head of women's fashion.

The 36-year-old cut her teeth at Celine and Maison Martin Margiela, and previously headed up the design studio at The Row, owned by US actresses Mary-Kate and Ashley Olsen.

And the flashbulbs will certainly be going when Galliano presents his first ready-to-wear collection for Maison Margiela on Friday. The Brit designer made his comeback to the catwalk in January in London, after being shut out of the fashion world for three-and-a-half years following an anti-Semitic rant in a Paris cafe that saw him fired from Dior.

His collection in London was praised for combining his trademark wild romanticism with his new employer's focus on white, recycling and deconstruction.

The flamboyant designer -- a superstar of the fashion world who has dressed the late Princess Diana as well as many Oscar night actresses in the past -- has adopted a low profile since joining Maison Margiela.

His London couture presentation "had already interested the whole world, but it's even more special for the pret-a-porter show, which lies at the heart of Maison Margiela's identity," said Stephane Wargnier, executive president of the French Couture Federation which organises Paris fashion.

"It will be fascinating to see how his work pays off here." Another focus of curiosity will be Nina Ricci's collection presented on Saturday by Guillaume Henry, who has recently arrived from Carven. The young designer, in his thirties, is credited with reviving Carven's fortunes during his six-year tenure at the label.

"Carven was a label whose name was known, but for most people, its style had been forgotten. Guillaume Henry pretty much reinvented it," said Wargnier. Carven has yet to name its new artistic director for its women's collections, although industry journal Women's Wear Daily has said that Alexis Martial, from Italy's Iceberg, is a distinct possibility.

Another new start to look out for in Paris will be Guy Laroche, who presents his first collection for US label Adam Andrascik, after replacing artistic director Marcel Marongiu.

Four labels are also making their entry into the official calendar: Parisian duo Each x Other, Denmark's Anne Sofie Madsen who has worked with Galliano and Alexander McQueen, Colombian Esteban Cortazar and France's Vanessa Seward, who has launched her own brand after several years with APC.

The opening day will be dedicated to young designers, and Paris mayor Anne Hidalgo will visit the Duperre School where some 500 fashion, textiles and design students are trained every year. (Anne-Laure Mondesert, AFP)