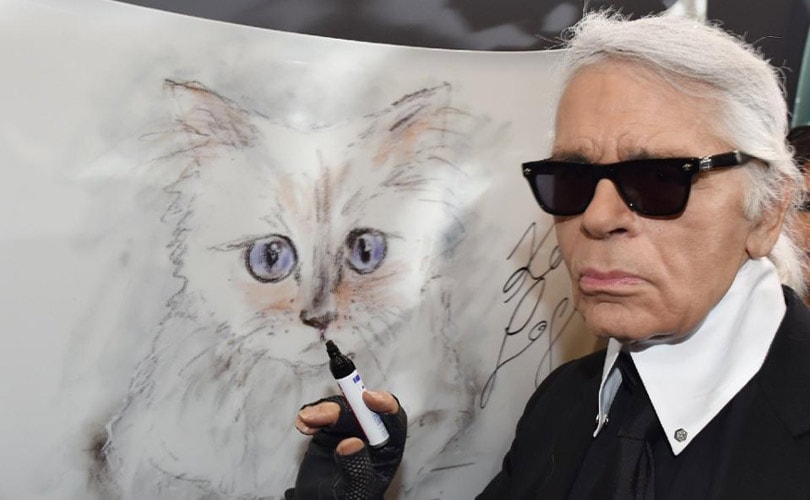 Five days of haute couture shows kicked off with Russian designer Ulyana Sergeenko's first ever showing at Paris Fashion Week, with several of her models decked out in fur bonnets or a fur coat.

But the highlight of the week will be German fashion legend Karl Lagerfeld's collection celebrating his 50 years with Fendi, which has hailed the "longest relationship between a designer and a fashion house."

The show on Wednesday will be entirely "haute fourrure" or couture fur. French film icon and ardent animal rights activist Brigitte Bardot has already registered her disapproval by writing a letter to Choupette Lagerfeld, the designer's pampered feline companion.

Bardot appealed to the cat -- who has become famous with 48,000 Twitter followers -- to "purr in the ear" of her master and save her "furry friends". But not even Choupette, whose every whim is usually catered to, is likely to stop the show going ahead.

Lagerfeld has often said that while he is very sympathetic to the anti-fur cause, doing away with the industry would cause a lot of people to lose their jobs. "For me, as long as people eat meat and wear leather, I don't get the message," he told The New York Times in a recent interview, adding however that he preferred not to think about how the animals died.

The indefatigable Lagerfeld, 81, will also be presenting his collection for Chanel, the fashion house that is perhaps the most synonymous with Paris's reputation for glamour and known for spectacular staging. In total, some 30 designers will present the Haute Couture shows, which are unique to the City of Light.

The designation is protected by French law and attributed exclusively by the ministry of industry to 14 houses whose clothes are entirely made by hand and tailored to each client.

The Russian designer Sergeenko made her entrance into the couture club after showing outside of the official fashion week calendar since 2012. Her creations were the clothes of a Russian aristocrat forced to live with peasants in a communal apartment after the Bolshevik revolution in 1917.

With her mascara running and lipstick smudged the Sergeenko woman peps up her full-length dresses in silk, velvet or mesh with a fur bonnet or chic hairnet. Sergeenko's brand, launched in 2011, has become a favourite of burlesque model and performer Dita Von Teese as well as actress Michelle Rodriguez. 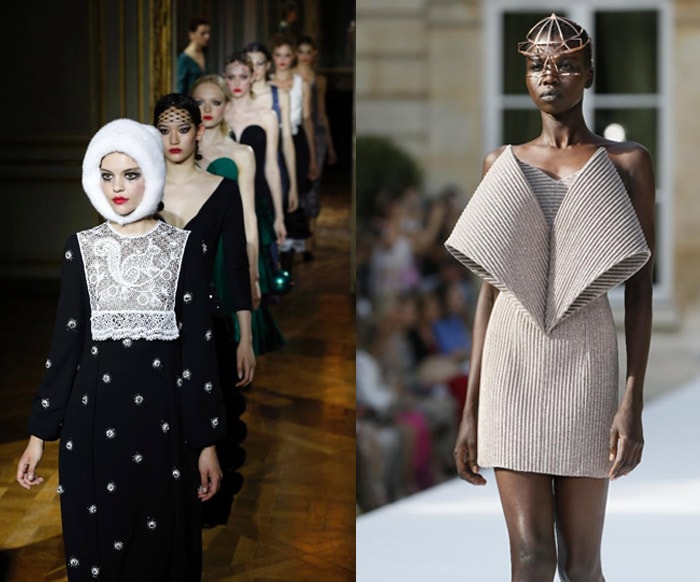 Many of her clients hail from her home country as well as other ex-Soviet nations, the Middle East and China. Dutch designer Ilja Visser was another new name at the Fashion Week. Her collection of oversized, sculpted silhouettes with asymmetric lines were inspired by the shapes of crystals and minerals as well as their colours: azure blue, onyx black and pink quartz.

On Monday, the glitterati will be glued to the show by Schiaparelli as French designer Bertrand Guyon makes his debut as style director for the legendary label. Founded in 1930 by Elsa Schiaparelli, Coco Chanel's biggest rival, the fashion house made its couture comeback in January 2014 after lying dormant for 60 years.

On Wednesday, John Galliano will put on his second couture show for Margiela in Paris, after choosing to present his comeback collection in London in January -- seen as a snub to the French capital where he fell from grace.

Galliano lost his job as Dior's star designer in 2011 when he was filmed in a Paris bar heaping slurred insults on Jews, and disappeared from the runway for several years.

This time it is Valentino who will be missing from the Paris couture diary, having chosen to show his collection on Thursday in Rome, where he will celebrate the opening of his biggest store to date. (Anne-Laure Mondesert, AFP)