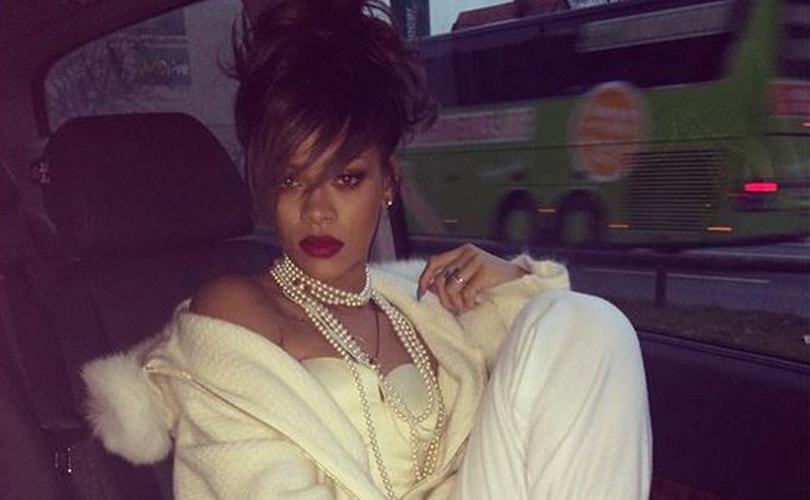 The rumours surrounding whether Rihanna would become Puma’s latest star have been confirmed, with the singer being announced as the sportswear brand’s women’s creative director, global ambassador for women’s training and campaign star.

The singer has reportedly signed a seven-figure deal to oversee the direction of the sportswear label’s womenswear line, as well as to star in the brand’s autumn/winter 2015 advertising campaign. According to Puma, the star has signed a "multi-year partnership" and will take a "hands-on approach," to the design, where she will work on Puma's fitness and training collections across apparel and shoes, including designing and customising classic Puma styles, as well as creating new styles to add to the Puma product portfolio.

“Signing Rihanna is a fantastic step for Puma,” Puma's CEO, Bjørn Gulden, said in a statement. “Her global profile, her charisma and individuality, her ambition – all these things make her a perfect ambassador for our brand. With a strong portfolio in football, running and motorsport, finding an inspiring partner for women’s training was very important. Rihanna was a natural choice for us. We’re delighted to have her as a partner, and we’re looking forward to what’s to come.”

The announcement came as the singer flew to the brand’s headquarters in Herzogenaurach, Germany for her first design session to discuss colours, styles and direction for the label, where she Instagrammed pictures of herself wearing Puma trainers with the caption “Hello #PUMA.”

Rihanna’s role of creative director is expect to influence product collections as early as 2015, with the press statement confirming that she will be designed with the goal of “strengthening women” in training sessions and beyond, as well as “inspiring confidence” in their bodies.

Speaking about the new partnership with Puma, Rihanna said: “It’s great to find a brand that celebrates strength and individuality. I couldn't think of a more perfect partner to collaborate with as a creative director. I'm excited for you to see what Puma and I come up with.”

Rihanna to design for Puma

Rihanna joins fellow singer Solange Knowles who has collaborated with the brand on a range of trainers, as well as the sportswear label’s roster of famous sportsmen including the world’s fastest man, Usain Bolt and footballer Mario Balotelli.

This isn’t Rihanna’s first design foray, the singer previously collaborated alongside her costume designer Adam Selman on a number of collections for high street retailer River Island, and she teamed up with Armani Jeans and Emporio Armani Underwear on a capsule collection after being the face of the labels.

It is hoped that the collaboration with a global superstar like Rihanna will help Puma compete with the two big sportswear giants, Nike and Adidas.

Adam Petrick, global brand and marketing director for Puma added: “Rihanna brings joy to audiences around the world but also ignites and awes. Puma admires her for never waiting for the next big thing, but more so for driving what happens next - in fashion, style, music and soon to be - sports.

“We can't wait to empower women worldwide with Rihanna - she demonstrates a body confidence and determination that is the exact representation of the Puma Woman.”