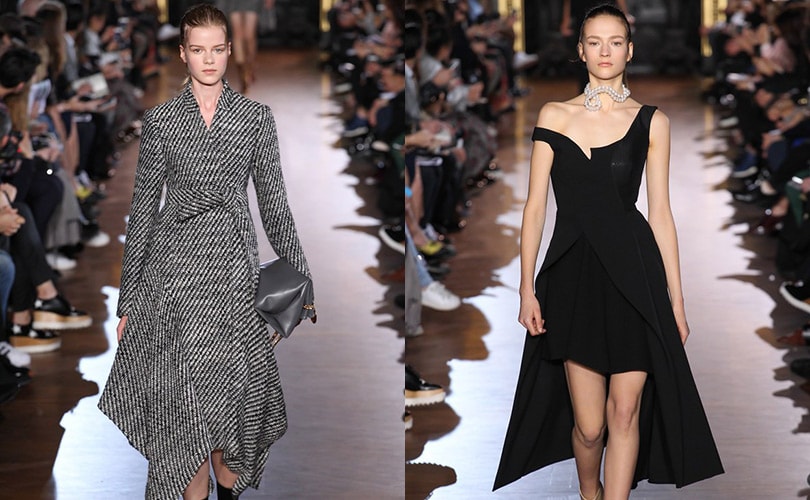 British music legend Paul McCartney created a sensation in Paris on Monday as he led a celebrity invasion of his daughter Stella's fashion show that included rapper Kanye West and actor Woody Harrelson.

The ex-Beatle rushed in at the last minute to take his place, setting off an explosion of camera flashes and taxing the ushers who had to shoo the paparazzi away so the catwalk parade could start. Under the ornate, gilded ceiling and elegant chandeliers of Paris's 19th century Opera building, Stella McCartney unveiled a confident autumn-winter collection. 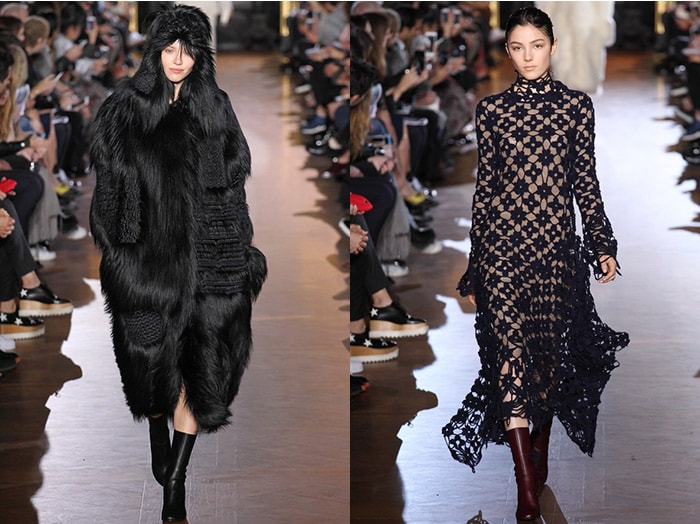 In her production notes, the 43-year-old said her themes were "celebrating freedom" and "teasing sensuality". Lifelong vegetarian and animal rights advocate Stella also presented long-haired coats in black and white, made from incredibly convincing faux fur.

Eveningwear employed canny touches of other materials along shoulders and ribs to make lines appear even slimmer. A storm of applause broke out at the end of the show, as Paul McCartney stood, hugged Harrelson and West, and moved with his American wife Nancy Shevell through the crowd to congratulate his daughter backstage. 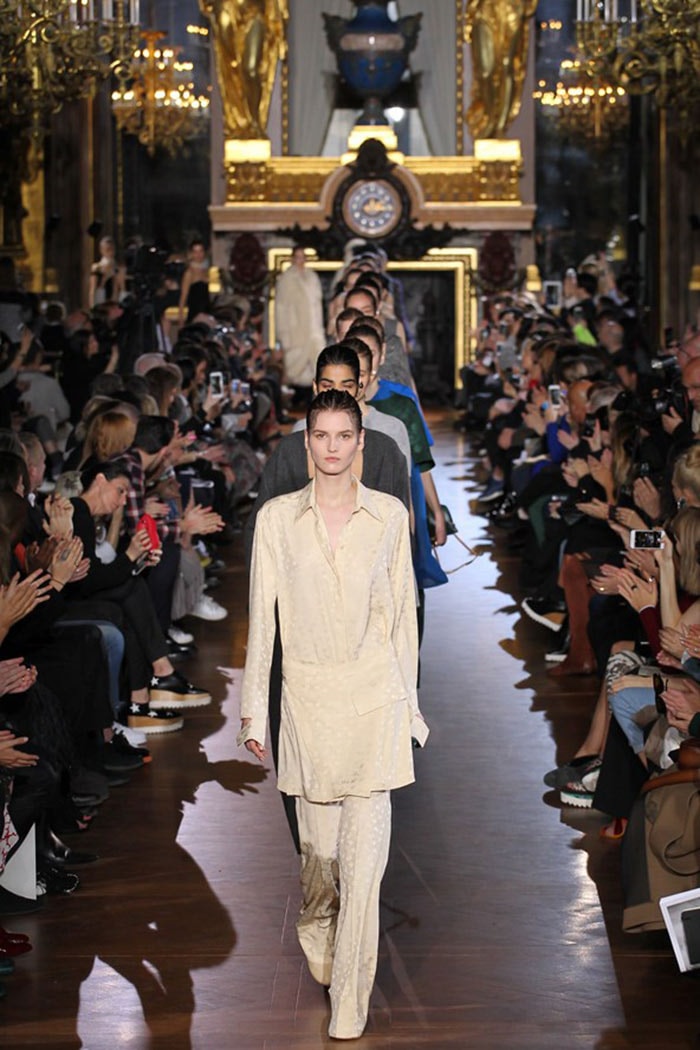 Stella McCartney started her own brand in 2001, and has since built a rock-solid name of her own, far from the shadow of her father's fame. Her shows are now top events at the yearly Paris Fashion Week, up there with Kenzo, Dries Van Noten and Balmain.

Her 72-year-old father, who composed all-time classics "Let it be" and "Yesterday", is still performing. Last week he announced he was extending a world tour with nine dates in Europe, including an emotional return to the Beatles' native Liverpool. (Marc Burleigh, AFP)