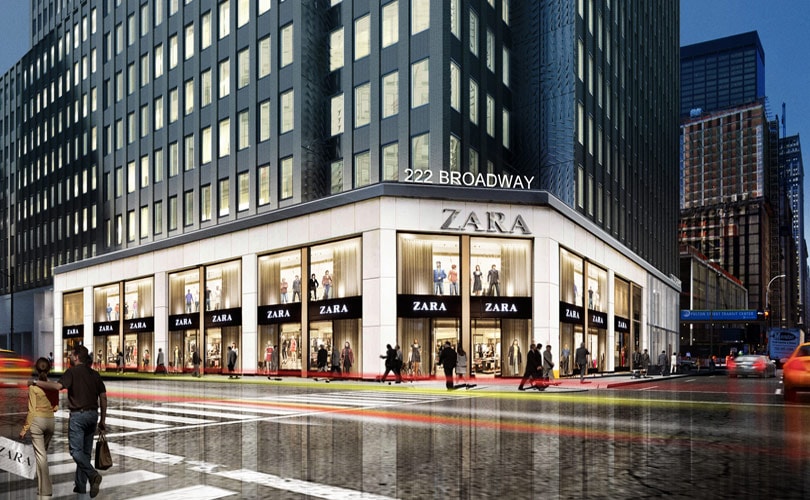 London - Although Zara may be one of the world's leading fashion retailer, it does not save the Spanish chain from being heavily scrutinized on all facets. Over the past few years the retailer has been criticized for sourcing from factories which function under sweatshop conditions, flaunting designs that are racially insensitive and turning a blind eye to employee discrimination. Now a new report published by The Center for Popular Democracy claims retail workers at Zara's stores in New York City face 'unequal conditions' within the company based on their skin color and routinely witness discriminatory practices carried out against customers of color.

In the report, entitled 'Stitched with Prejudice: Zara USA's Corporate Culture of Favoritism’ and written by Chaya Crowder, 251 employees from six Zara stores in New York City were surveyed in addition to a focus group of five employees and asked questions regarding their retail work experience to determine if they faced any type of racial discrimination in the workplace. From the employees questioned, 130 identified as Hispanic, 59 as black, 34 as white, 12 as Asian and 11 as mixed race.

Inditex, Zara's parent company has strict guidelines regarding diversity and states they do "not tolerate discrimination of any kind." However the survey found that darker skinned employees were more than twice as dissatisfied with their working hours as lighter skinned employees, with one employee revealing that his shifts varied so much they resulted in as much as a 60 percent difference in hours and income week to week. Other darker skinned employees stated that after Zara raised their hourly wage to 12 dollars an hour and they pay increased, their working hours decreased. 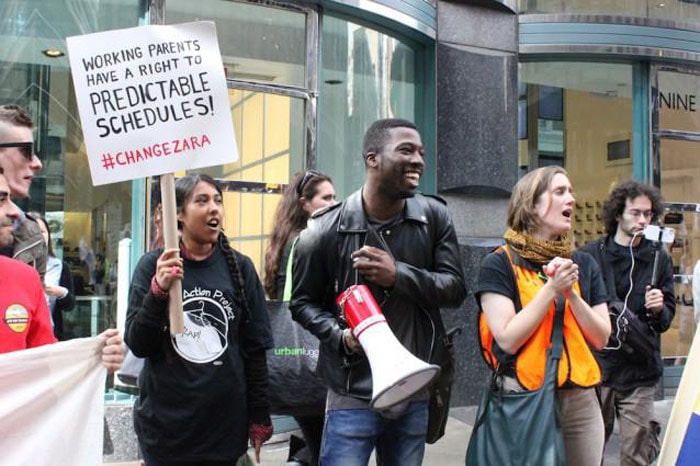 The report found that employees of color agreed most strongly that "managers show favoritism," which dictates who is promoted, how hours are distributed and how workers are treated, with many saying this was based on race. Employees who had been at Zara longer more rapidly identified cases of favoritism, with 64 percent of Zara employees of color agreeing that managers show favoritism, compared to 45 percent of Latino employees and 27 percent of white employees. This racial favoritism reportedly impacts who is promoted and employee evaluations, with the more visible front of store positions, which have a higher status, going to lighter skinned employees. Darker-skinned workers were disproportionately placed in the back of the store, according to the report, which saw 68 percent of back-store worker to have darker skin. These employees also felt they received harsher scrutiny from management than their paler co-workers.

Furthermore, the report found that a preponderance of employees believe that a disproportionate number of customers with darker skin tones were marked as potential thieves. Customers with darker skins tones are 7 times more likely to be targeted as potential thieves than white customers, according to employees. They mentioned a practice of labeling these customers as "special orders," a security code name for suspected shoplifters. Once a customers was identified as a "special order" their location is then passed onto an employees who would then track them around the store. Although 43 percent of the employees questioned did not answer questions in regard to "special orders" or did not know the term, from the 57 percent that did, 46 percent claim that these customers were always or often someone of color.

Employees added that "special orders" were identified by "dressing a certain way" and are "mostly African-American." These customers were also defined as "anyone who looks black, not put together or urban." Connie Razza, CPD’s director of strategic research and co-editor of the report, revealed to the Guardian that she was surprised by the levels of discrimination. "I was expecting some level of discrimination, but the degree of disparity with workers getting raises and hours that vary so dramatically was surprising." 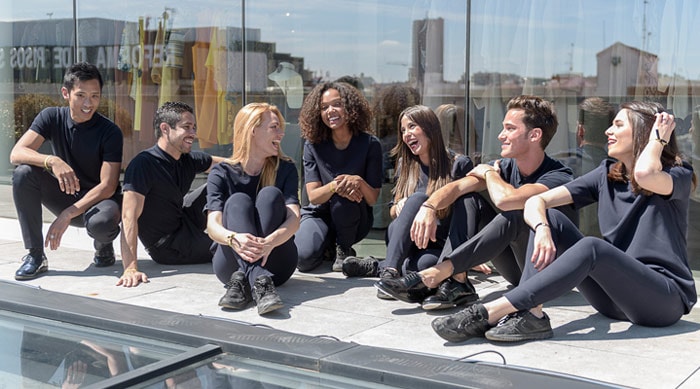 Since the report's publication earlier this week Zara has stepped forward and refuted all claims made in the report and published an antidiscrimination policy especially for Zara USA, which includes their stance on equal employment opportunity. "The report failed to follow acceptable methodologies for the conduct of a credible objective survey on workplace practices, and instead appears to have taken an approach to achieve a pre-determined result which was to discredit Zara," states Inditex's corporate affairs division on the matter. The Spanish company believes that the report from CPD was in fact "prepared with ulterior motives" and not because they were concerned of "actual discrimination or mistreatment. It makes assertions that cannot be supported and do not reflect Zara's diverse workforce."

Zara USA argues that the claims made throughout the report are "completely inconsistent" with the company's true culture and the actual workplace experiences of its plus 1,100 employees in New York City. "We are an equal opportunity employer, and if there are individuals who are not satisfied with any aspect of their employment, we have multiple avenues for them to raise issues that we would immediately investigate and address." The company adds that during the most recent round of internal promotions at Zara USA, approximately half of the employees promoted were African American or Hispanic and hours are allocated to workers without any regard to their race or ethnicity. "These facts clearly demonstrate that diversity and equal opportunity are two of the company’s core values," noted a company spokesperson.

Razza maintains, in spite of Zara rebuttal of the report's finding, that racial discrimination pervades the entire company. "It’s a corporate culture that’s very problematic," she noted. The report's publication comes not long after former general counsel for Zara USA, Ian Miller, filed a 40 million dollar discrimination lawsuit against the company. He claims that he was treated different and discriminated against at work because he is Jewish, American and gay. "The lawsuit brings to light the depth that discrimination pervades Zara USA. Given the revelations of the lawsuit, we felt it was very important to reflect that it happens across all levels," added Razza.

"This nuanced finding of colorism, embedded in a larger system of racism in contemporary retail practices of a popular clothing store, sheds light on how far we must go to once and for all end the multi-faceted nature of racial inequality in employment today," commented Dorian T. Warren, co-director, Columbia University Program on Labor Law and Policy Fellow, Roosevelt Institute. In spite of the reports dark findings, he remains positive that it will help bring around change for the better. "While the report painstakingly documents the policies and practices of discrimination against people of color and particularly against darker-skinned Black employees and customers, it also lays out a path for change."