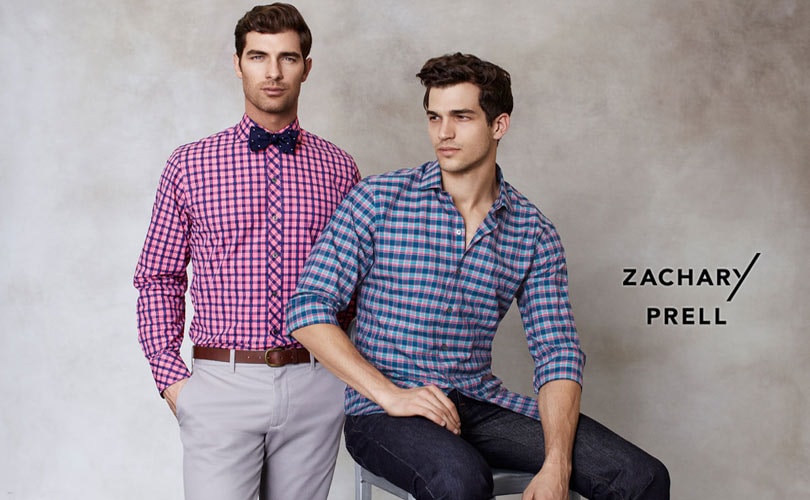 The fashion spotlight is on Zachary Prell, and he's certainly been delivering quite an impressive show. After 18 months of raising 15 million dollars in Series A financing from Hong Kong strategic investor TAL Group, the brand is bringing on Hugo Boss veteran Chuck Lucia as president. Lucia spent 17 years as the head of the US arm of the highly regarded German label, most recently serving as Senior Vice President of North American Sales.

His responsibilities at Zachary Prell will include category expansion, launch of an e-commerce business, and opening stores. “There’s real momentum behind the brand, and this was the right time in my career to take this on,” Lucia said to WWD. “There’s so much white space in the contemporary area and the Millennial customer is looking for something new.”

Lucia hopes to expand beyond the label's signature shirts and turn Zachary Prell into an entire lifestyle brand which will include tailored clothing and dress furnishings. Plans to open brick-and-mortar stores are there, but it will be a few years before that happens. Prell, a former investment banker, left the world of finance to start his own label in 2009, and now counts Nordstrom, Neiman Marcus, Saks Fifth Avenue, and Garmany in Red Bank, N.J. as retail partners.

The brand began by doing their own take on the sport shirt with a unique fit and fabrications, but they have since expanded into basic sportswear categories. Prell will have the honor of showing next week at NYFW: Men's at their brand new showroom on Mercer Street in Soho. They will also be showing at the Tents @ Project later this month.

Their new product offerings will include pima cotton t-shirts and polos. In addition to hiring Lucia, the brand has also hired David Gruning, who has worked at Swarovski and Kellwood, as their Vice President of Marketing, and Matthew Singer, former Men's Fashion Director of Neiman Marcus, as a brand consultant. Zachary Prell is certainly the men's wear label to watch right now, because with this excellent executive team at the helm they are poised to do major things.