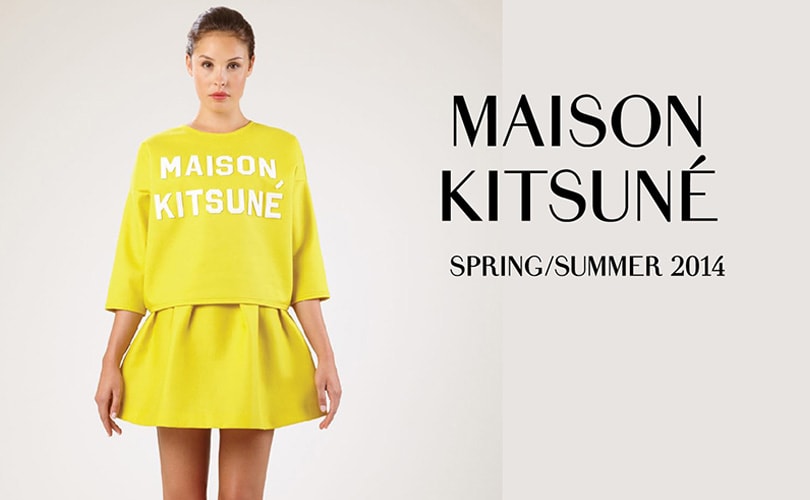 Maison Kitsune gets a second home in NYC

Maison Kitsune has found a second home in NYC. The French and Japanese luxury brand has located to New York City's Lower East Side on Rivington Street between Bowery and Chrystie Street's. Although this new location isn't exactly in a prime retail destination the 700-square-foot shop has found itself right at home. It's located next to Green Fingers, a Japanese botanical garden shop, and is coincidentally located across from Freemans mini-empire, which has a very similar history to Maison Kitsune's.

Freemans began as a restaurant, then turned into a barber shop, and finally became a men's wear brand. Maison began as a music label, turned into an apparel brand, and now they also have two Cafe Kitsune shops in Paris and Tokyo. Masaya Kuroki, the former architect who co-founded the brand along with Daft Punk's former manager Gildas Loaec, took both the masculine and feminine into account when designing the store.

Maison Kitsune comes to the LES

The store is lined with tiled tin ceilings, varnished oak parquet floors, and white walls. Both the men's and women's line is displayed on long white wood fixtures. Fitting rooms have a little bit of an exotic feel as they are covered in Banana Leaf wallpaper modeled after the same wallpaper at the Beverly Hills Hotel Room. Kuroki has stated that he would also like to see a cafe in the store eventually.

Retail expansion is priority number one for Maison Kitsune this year. This year, they intend to open a fourth store in Paris, which will be their flagship location, in addition to opening their first store in Hong Kong. The majority of their business is in the Asian market, so, the brand intends to set up a second store in Tokyo in 2016.

The U.S. accounts for 30 percent of sales for Maison Kitsune, so this second store was a long time coming. In addition to their own brick-and-mortar stores, the brand has 300 points of sale that include Nordstrom, Opening Ceremony, and J. Crew. The women's collection is the biggest share of their business in the U.S. The brand also has plans on developing their accessories business this year as well. Despite their success, Kuroki has said that the brand still has a long way to go. “Accessories is an entire other business plan. It’s a real collection,” Kuroki said to Women's Wear Daily. “We love bags and we travel all the time, but we understand that we’re not Hermès yet. One day."