Abercrombie & Fitch is bringing its Gilly Hicks label back to life. The company had originally began to faze out its intimates label Gilly Hicks by Hollister in 2013 with the closure of all of its retail stores while continuing online sales. However, the company brought the line back to Hollister stores […]

Gap’s new customer rewards program is growing in both popularity and availability. The company's Bright Rewards program, which launched in pilot markets in 2017, has now surpassed 5 million members and will launch across all states in the U.S. Bright Rewards is a customer loyalty incentive program that […] 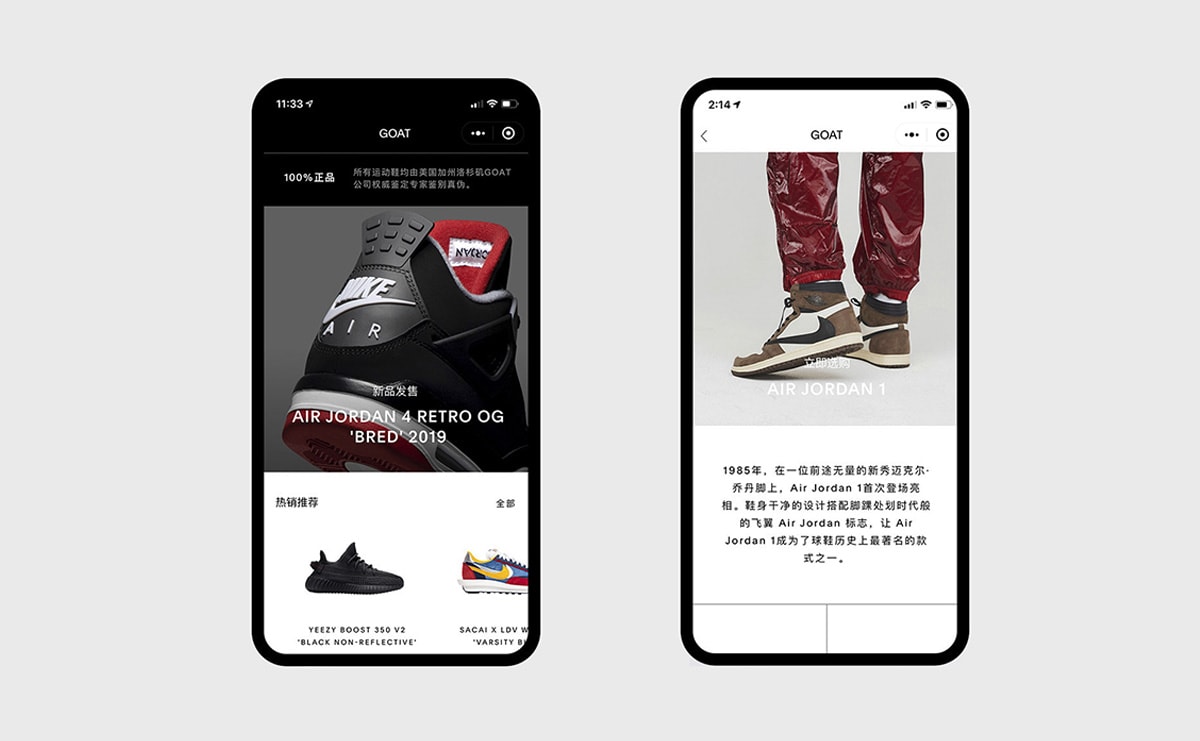 Sneaker marketplace Goat has announced their official launch in China. With over 400 million millennials, China presents a massive opportunity for Goat. The market is the second largest for sneakers, and is already Goat's number one internationally. To kick-start the launch, Goat will be hosting a three-day […]

Superdry to offer Klarna in the US and UK

British fashion brand Superdry is teaming up with payment provider Klarna to offer customers both in the UK and US flexible payment options, enabled by payment platform, Adyen. In the UK, Superdry customers will be able to 'Pay Later', Klarna’s most popular product that allows shoppers to try before […]

Luxury shoe designer Chloe Gosselin has come together with DVF to open a pop-up shop at DVF's meatpacking district boutique. Gosselin, who founded her brand in 2014, has seen a meteoric rise to fashion stardom over the past several years with a CFDA/Vogue Fashion Fund nomination in 2016 and an increasing […]

US clothing and accessories brand Michael Kors has announced it will be launching its digital flagship on online Chinese marketplace, Tmall. The new online store will be featured on Tmall Luxury Pavilion, Alibaba Group’s dedicated platform for luxury and premium brands launched in 2017. The store will […]

American Eagle is adding denim to its range of size-inclusive options. According to Glamour, the brand — which is geared primarily toward the Gen-Z age group — will expand its women’s denim size range to be 00 to 24, as opposed to the original 00 to 20 beginning Fall 2019. Additionally, the brand will […]

Canadian direct-to-consumer jewelry label Mejuri is expanding to the West Coast. In an announcement from the brand, which already has locations in Toronto and New York, Mejuri will be opening its doors in Los Angeles on August 10 at 8404 Melrose Avenue. The jewelry brand is responding to its customers’ […]