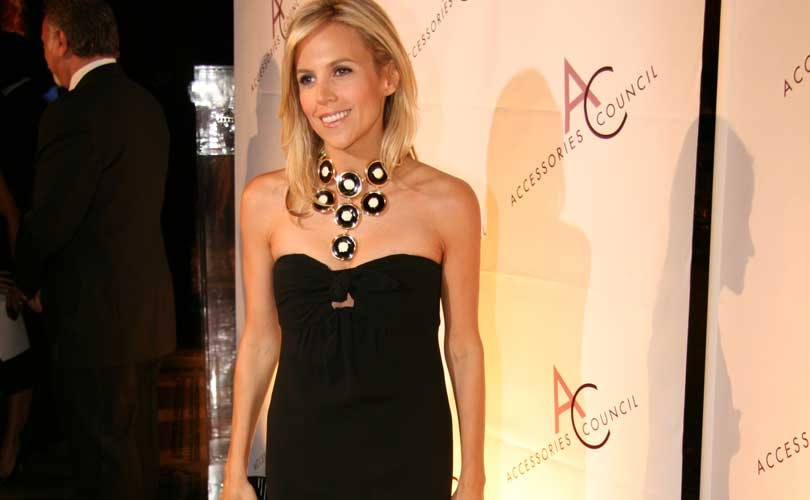 Tory Burch Sport has been the talk of the fashion crowd for quite a few months now. People have been dying to know what her long awaited sport concept will entail. Well, they might not have to wait too much longer.

While Burch has been very good about keeping details about her new line under wraps, two things have been revealed. She will be launching in 2015, and she has plans for a flagship store in the Flatiron District of NYC. Her new line, called Tory Sport, will operate across several channels of distribution, including e-commerce, which will be accessible through tablets and mobile phones.

Burch has described the brand as, "a major step. It’s creating another brand. It’s being designed in-house and marries function and style. It will be yoga, running, some tennis and golf." Athletic wear has been a very major trend this year, so, Burch couldn't have picked a more perfect time to launch. The buzz around Tory Burch Sport began about two years ago when Gigi Mortimer, the former design director of Vera Wang and Ralph Lauren, was hired, and was rumored to be working on Tory Burch Sport.

The store is expected to be located on Fifth Avenue, where it will be nestled among many other retailers, including Club Monaco, Banana Republic, Cole Haan, Coach, and Paul Smith just to name a few. Even now, however, Tory Burch is still keeping details of the new store under wraps. The company has declined to comment at this current time on any news or potential business going on about the new location.

For Burch, who is an avid sports fan, launching a sport line was mere common sense. Burch has previously collaborated with Fitbit, the fitness tracker, for an accessories collection based on her signature open-fretwork design and a silicone printed bracelet in her signature prints and colors. Since then, Burch has introduced new items to the collection, such as a double-wrap leather bracelet. While her Tory Burch Sport line will be a full apparel line, it's clear that we can expect plenty of great accessory offerings as well.

Opening a new store in Flatiron won't come at a cheap price. The neighborhood is one of the hottest retail destinations in New York City, with asking prices for retail space going for a minimum of 400 dollars per square foot. For a lady currently worth 3.5 billion dollars with a brand to her name that catapulted her to that billionaire status that should be no problem, however. Unfortunately, until that Tory Burch Sport store officially arrives, most of us are still left in the dark about the collection, but, occasionally little glimmers of light surface helping us learn a little bit more about what's to come.