Christopher Bailey, CEO and chief creative officer at British luxury label Burberry, increased pay package was met with a wall of opposite last week, as the majority number of shareholders voted against the multi million pound deal. During Burberry's annual general shareholder meeting held during

Burberry's annual general shareholder meeting held last Friday, over half of the luxury company shareholders casted their vote against the directors remuneration report during a non-binding ballot. However, as the shareholders' vote was non-binding, Bailey's pay remains unaffected. 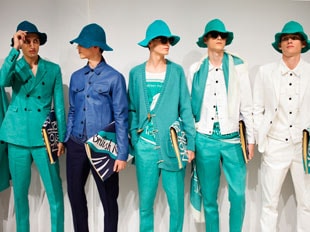 Bailey's currently receives a salary of 8.5 millions pounds in his double role at the company as well as a 440,000 pounds annual allowance and pension contributions, which is equal to 30 percent of his pay.

Last month Burberry shared that Bailey's CEO pay package also included an annual bonus of up to 2.2 million pounds for this year as well as a 'golden hello' one-off share pack of 500,000 shares, that will vest from 2017 to 2019, during the luxury company's annual report.

Combined, Bailey could stand to receive a pay out of 10.3 million pounds, depending on his performance. The general annual meeting was the first Bailey attended as a member of the board and the first time his pay was revealed.

After the meeting, Sir John Peace, chairman of the board shared his view of the meeting's outcome: “It is disappointing that the advisory vote for this year’s remuneration report did not have the same level of support [as the other resolutions].”

Peace has previously defended Bailey's salary and during his presentation he stood by Bailey's side once more: “We know that the amount paid to Christopher is a lot of money, but much of it is performance-related — which he will only receive if Burberry performs strongly,” said Peace according to WWD.

He added that the board had to offer a competitive pay package as Bailey “could command a much higher package outside of the U.K.” He also pointed out that Bailey had not been given an salary increase when he stepped into his new role as CEO, and would only benefit from his share pack if he remained with Burberry for another five years.

However, in the past the CEO and chief creative officer at Burberry has been awarded with other million pound bonuses. In 2010 he was given 350,000 shares and in 2013 he was given one million shares, in line with that of Angela Ahrendts, who was CEO at Burberry at the time.

Together, the approximated worth of the shares Bailey was given before he became CEO in May that are not linked to his performance within the company is equal to 20 million pounds. It was the sixth time within the last ten years that shareholders did not support the directors remuneration report.

The other 21 resolutions that were voted on during the meeting were binding, and included Burberry’s new, three-year remuneration policy and Bailey’s appointment as CEO were passed.