The CFDA introduces the 'Fashion Instragrammer of the Year Award'

The Council of Fashion Designers of America (CFDA) is set to add a new award to its list of annual awards: Fashion Instagrammer of the Year, highlighting the ongoing 'love affair' between the social media platform and the fashion industry. Eight nominees have been selected for the debut 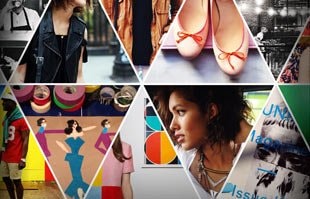 “Within at least the past six months, we've experienced the ever-growing influence of Instagram within fashion first-hand,” said Steven Kolb, chief executive officer of the CFDA to WWD. “Instagram has been a focal point for the industry as a whole and has quickly established itself as the go-to platform for fashion storytelling.”

From all the social platforms that CFDA is active on, Instagram has the most rapidly growing following and the largest interaction rate with its followers, added Kolb, which makes it the most logical addition for an award.

Unlike CFDA's other awards however, the winner will not be presented with an award during the annual ceremony. Instead the winner will first be selected through an opening voting round, a first for the CFDA awards, which opened today and runs until May 30 via the council's website.

Fans cast their votes by liking the nominees images and using the hashtag #MyCFDA on Instagram. The winner will then be officially announced on May 30 on social media platforms Facebook and Instagram, as well as on cfda.com.

The winner will also be invited to attend the 2014 CFDA Fashion Awards on June 2, as the council's official Instagram correspondent and other nominees will be invited to follow fashion award nominees backstage during the event, documenting the ceremony.

“Instagram has become the platform for visual expression in fashion"

“Instagram has become the platform for visual expression in fashion because it’s quick, easy, accessible — it’s always with you,” commented Kevin Systrom, co-founder of Instagram. “It’s enough of a category that they [the CFDA] want to take that trend and maximize it in some way.”

As social media platforms such as Instagram continue to influence the way designers and consumers perceive fashion, the addition of the Instagram award demonstrates how shareable experiences are changing what many consider to be a traditional industry. Now only time can tell if other fashion institutes, such as the British Fashion Council, follow in suit and launch their own Instagram awards in a bid to remain digitally relevant.