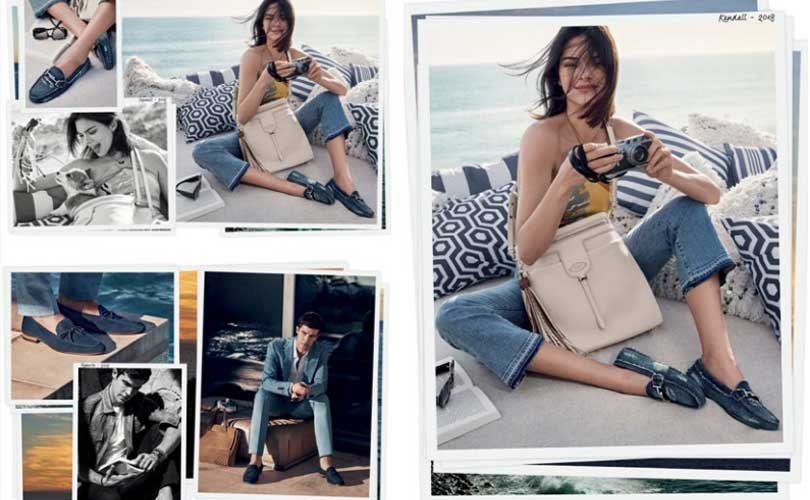 Tod’s is willing to sacrifice margins and revenue in the short-term in order to achieve its strategic repositioning to focus on higher-end products.

Earlier this year the Italian luxury group embarked on a new strategy, launching multiple collections throughout the year and focusing on more traditional products. This move implies a reinforced focus on items such as high-end bags, shoes, and clothing.

During a recent analysts call echoed by Reuters, Tod’s chief financial officer Emilio Macellari said the group did not want to compete with fashion brands but would turn to “a more reliable, regular and stable kind of market, in more iconic and traditional products,” closer to the brand’s heritage.

Presenting the first-half results last Friday, the company’s CEO said that results for the first half of the year confirmed the new strategy adopted by the Italian luxury group was appropriate and bearing first fruit.

Sales in the first half reached 477 million euros, comfortably ahead 483 million euro registered the previous year. Same-store retail sales in the second quarter were stable for the first time in more than three years, according to independent investment bank Bryan Garnier.

In fact, reported ‘Simply Wall Street’, Tod’s first-half revenues, core profits and net income all beat analyst expectations but were all down with respect to the same period in 2017. Meanwhile, same-store-sales growth was down 2.2 percent.

Earlier this summer Bryan Garnier reaffirmed its ‘sell’ rating on Tod's Group in a note to investors, cutting fair value for the share from 61 euros to 58 euros. The broker has remained cautious ahead of the Italian luxury goods group's interim results, noting that it is not convinced about the group's ability to deal with its strategic problems in the coming months, and thinks that most other luxury players will post much more dynamic figures for the first half of 2018.

However, after seeing Tod’s results for the period comprehended between January and July, Bryan Garnier upgraded Tod's to neutral from sell following the "confirmation of a gradual improvement in retail." Meanwhile, analysts at Jefferies said in a market report that the results at the Italian luxury goods company were "better" but said the beat in wholesale revenues was due to the timing of deliveries.

It’s worth recalling that the Italian luxury brand has struggled in recent years to broaden its product range and diversify from its best-selling but more classic items.

Shares in Italian luxury goods company Tod's bounced after the company posted better-than-expected first-half results for its first half of the year.

Commenting the company’s results for analysts and trade media, Tod's chief executive Diego Della Valle seemed confident in the company's performance in the coming months and believes Tod's will achieve good results in 2018.