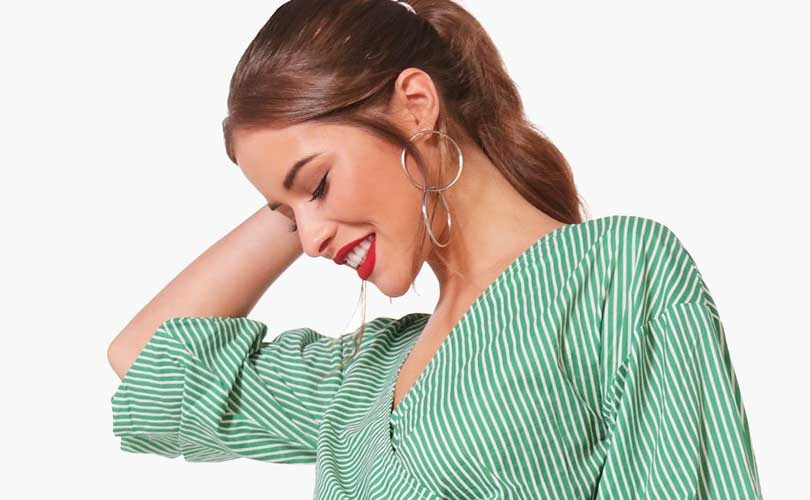 Integrating PrettyLittleThing and Nasty Gal into the Boohoo group during the year to February 28, 2018, the company said, its revenue from Boohoo continued to grow strongly. The company added that against a backdrop of difficult trading in the UK clothing sector, Boohoo.com despatched 22 million orders to 9.8 million active customer accounts across all its brands, achieving total revenue of 579.8 million pounds (809.5 million dollars), up 97 percent or 92 percent CER.

Commenting on the company’s results, Mahmud Kamani and Carol Kane, the company’s joint CEOs, said in a statement: "The group made great progress during the year, integrating a new company, PrettyLittleThing, and a new brand, Nasty Gal, into the Boohoo group. International expansion will continue as we add more country‐specific websites, refine our brands' customer proposition and raise brand awareness through marketing and social media. Our extended distribution centre, which will have a significant element of automation to drive efficiency savings, is scheduled for operational use in early 2019."

Boohoo and BoohooMan revenues for the year increased to 374.1 million pounds (522.1 million dollars), up 32 percent or 29 percent CER on the previous year. The company said, revenue growth in the UK, the largest geographic market, was robust and international growth was very strong. Boohoo added that additional breadth in the product range contributed to revenue growth, with several new product categories introduced in the year.

Boohoo's comprehensive range of clothing, footwear, accessories and beauty products continued to grow during the year, with new additions and greater depth in ranges. Introductions this year included big and tall sizing, an extended activewear line and a Man logo range. Active customer numbers over the last 12 months increased by 22 percent to 6.4 million, while conversion rate to sale increased from 4 percent to 4.3 percent of sessions, when measured on website statistics alon

PrettyLittleThing (PLT) achieved revenue growth of 228 percent over the comparable 12‐month period and 209 percent in the like‐for‐like two‐ month post‐acquisition period. The UK is the brand's largest market, where revenue growth and market share increased significantly. International sales growth was 364 percent. Gross margin has remained strong at 55.2 percent with retail gross margin at 57.2 percent. The company widened product range in the year to include higher price point premium categories, more beauty products and, from September 2017, a shape range. Two celebrity collections were also launched in the year with Kourtney Kardashian and Olivia Culpo.

Revenue at Nasty Gal amounted to 24.4 million pounds (34 million dollars). The company has invested heavily in marketing to increase brand awareness and re‐energise the brand, concentrating on the key markets of the USA and UK initially. Boohoo.com opened new offices in Los Angeles for its US marketing team and in Manchester for the expanding design, product and buying teams. The company expects continued momentum in revenue growth as the range widens. A pop‐up store in London generated much interest, contributing to a growing awareness of the brand in the UK.

The company’s extended Burnley distribution centre, which will have a significant element of automation to drive efficiency savings, is scheduled for operational use in early 2019 and is expected to provide sufficient capacity for an operation of over 1 billion pounds (1.4 billion dollars) net sales. PrettyLittleThing will also to move into its own warehouse in the first half of the FY19 financial year, which is expected to bring incremental sales capacity in addition to that in Burnley operations. Boohoo added that trading in the first few weeks of the 2019 financial year has made a strong start. Group revenue growth for FY19 is expected to be 35 percent to 40 percent with adjusted EBITDA margin between 9 percent to 10 percent.