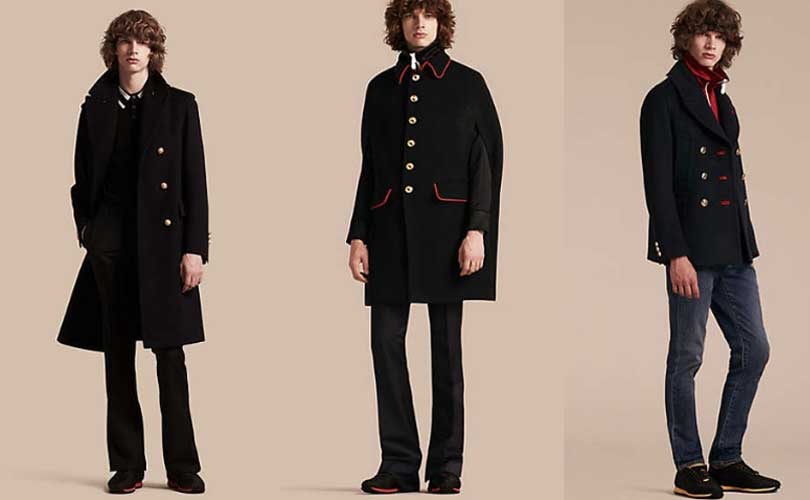 "If exchange rates remain at current levels, we expect to report at the end of the fiscal year a positive impact on profit of 90 million pounds" , Burberry said in a statement.

British fashion company expects to take advantage of the depreciation of the pound has caused the vote to leave EU. The so-called 'Brexit' has dragged the pound-dollar parity to a low of 30 years, helping the retailer to increase by 90 million pounds (108 million euros) its profit in the current fiscal year.

In this vein, Burberry has stressed that sales of its retail division increased by 4 percent in the first quarter to 423 million pounds (507 million euros), this is without accounting the impact of stable currency exchange.

Burberry benefits from the weak pound and beats market expectations

The Financial Director of the fashion luxury, Carol Fairweather, has confirmed that the company feels "comfortable" with estimates of current analysts for 413 million pounds in adjusted pre-tax for fiscal year 2017 earnings. In May, Burberry expected earnings at the lower end of analysts' expectations, this is circa 375 million pounds.

Despite the potential positive impact, creative director and CEO of the firm, Christopher Bailey, has warned that the external scenario "remains difficult", so the company will try to "streamline the business" with the implementation of new strategies and work dynamics announced in May.

It is worthy recalled that Burberry still suffers the consequences of its high exposure to a market, the Chinese, which is suffering a sharp slowdown. Given that 90 percent of company sales are recorded in foreign markets, the devaluation of the pound will make their products more attractive, highlights ‘Estrategias de Inversión’.

The luxury brand has seen its income reduced by 3 percent, with a fixed exchange rate and without taking into account the turnover generated at new establishments. This slump has prompted a series of measures to reduce costs in the amount of at least 100 million pounds on an annual basis over the next four years.

The strategic program of the company ahead of 2019 is based on focusing on its core products, enhance productivity and boost retail business e-commerce. In this regard, Bailey noted that the program "is underway" and is "on track" to achieve the financial goals of the company.

In addition, Burberry has launched a buyback program, worth 150 million pounds.

Meanwhile, the underlying retail sales are unchanged compared to the same period last year, remaining at 423 million pounds. Comparable sales - those from stores open at least a year - have withdrawn by 3 percent, well below the 6 percent increase noted a year ago.

In another order of things and aiming to harness this strategic shift, Burberry has announced significant changes to its senior management: Christopher Bailey, CEO and creative director of the British brand since 2013, becomes the president of the company ( also maintaining its position as creative director) while Marco Gobbetti, to date CEO of Celine, will be the new CEO.

Following the announcement corporate shares of the company they traded on Monday at its maximum value in 12 weeks. This jump didn´t suffice to offset the 25 percent loss of value Burberry carries over from a year ago.