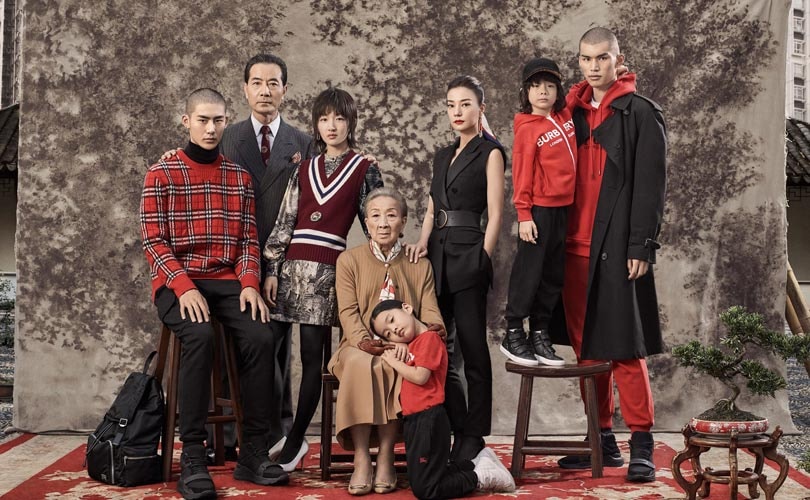 “I am pleased with our progress in the quarter as we continued to build brand heat around our new creative vision and shift consumer perception of Burberry. Excitement is growing ahead of next month’s launch of Riccardo’s debut collection. We will continue to manage the business dynamically as we reposition the brand. We confirm our outlook for the full year,” said Marco Gobbetti, CEO of Burberry in a statement.

The company said, strong festive campaign with social conversation reached 57 million consumers and there was a consistent performance across regions with Asia Pacific benefiting from Mainland China, where sales were up mid-single digits. Sales in EMEIA showed a small improvement in tourist spending quarter on quarter, while Americas was impacted by softer footfall trends. There was a 1 percent reduction in total retail space with two net closures in the quarter.

Burberry is maintaining its full year guidance of broadly stable revenue and adjusted operating margin at CER and the delivery of 100 million pounds cumulative cost savings.

The company introduced monthly B-Series to bring limited-edition products designed by Tisci to consumers predominantly through social media, which it said, resonated strongly with new and younger customers and were endorsed by key influencers around the world. In China, the B Series was recognised as 2018’s most exciting luxury campaign on WeChat.

The company’s social media presence continues to grow with more than one million additional followers quarter-on-quarter across Instagram and WeChat and a more than 50 percent improvement in reach on WeChat.

Simultaneously, Burberry is accelerating wholesale remodelling in this half, stepping up the closure programme of non-luxury doors in the US. And in retail, its store refresh programme will reimagine 10 key flagships by the end of the financial year.