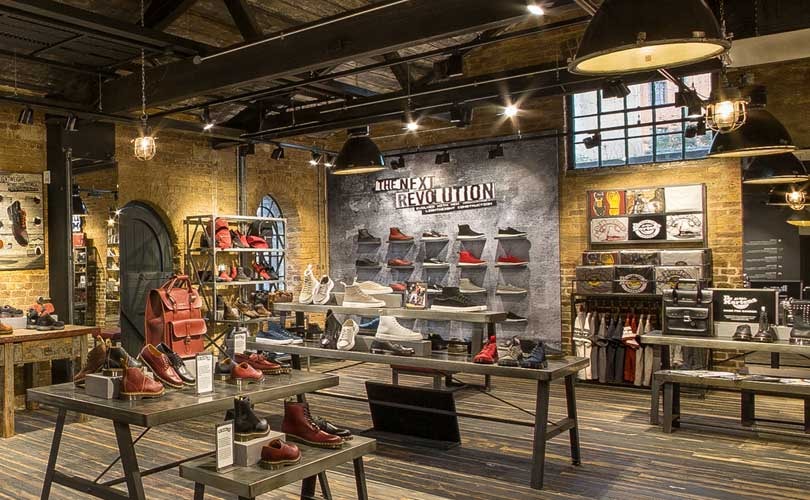 Commenting on the full year trading, Paul Mason, Chairman of Dr. Martens, who is serving as chief executive on an interim basis, said in a media release: “Despite a challenging retail environment, we have delivered double digit growth across all areas of the business and continue to see the investments in our people, structure and operations as an integral part of our aim to deliver long-term sustainable growth. I would in particular like to thank Steve Murray. In his three years as Chief Executive, he has driven the business forward and has set us up well for the future.”

“Dr. Martens has had another exceptional year, achieving significant growth in our core markets. Our investment in international stores continues to deliver positive returns with considerable gains in retail sales, most notably in Asia. We continue to build on our ecommerce strategy with a 54 percent increase in online sales for the year. Our wholesale channel returned to growth, being up 16 percent following the targeted elimination of non-strategic accounts last year,” added Jon Mortimore, CFO of Dr. Martens.

Total revenue in South Korea was up 55 percent to 22.9 million pounds (30 million dollars) with good growth from both owned retail stores and concessions. Sales in these locations were up 54 percent, ecommerce sales were up 106 percent, and wholesale sales were up 48 percent.

The business’ performance in EMEA was robust, with a particularly strong performance from its DTC business. EMEA revenue as a whole was up 25 percent to 118.2 million pounds (156 million dollars), with DTC revenue up 34 percent. Of this, retail sales were up 26 percent, and ecommerce sales were up 57 percent. Like-for-like retail revenue on a constant currency basis was up 5 percent. During the year, nine new stores were opened, with four new stores in the UK and five new stores in Continental Europe.

Wholesale revenue grew by 20 percent, with good growth across all markets. In particular, Dr. Martens said, wholesale revenue in the Netherlands nearly doubled, and with four new stores opened in the country during the period. EBITDA was up 2 percent to 17.2 million pounds (22 million dollars).

The company added that the US market as a whole continued to be tough, with traditional multi-brand retailers and department stores experiencing weak demand as a result of the increasing shift to ecommerce. Within this context, Dr. Martens performed relatively strongly with revenue in the region rising 16 percent to 106 million pounds (139 million dollars). DTC channel sales grew 43 percent, with retail sales up 41 percent and ecommerce sales up 45 percent. Like-for-like retail revenue on a constant currency basis was up by 2 percent, while wholesale revenue declined on a constant currency basis. EBITDA grew by 23 percent to 16.6 million pounds (21.9 million dollars).

The company added that trading since the year-end has been in line with the trends seen in 2017, with particularly strong performances in Asia and EMEA.