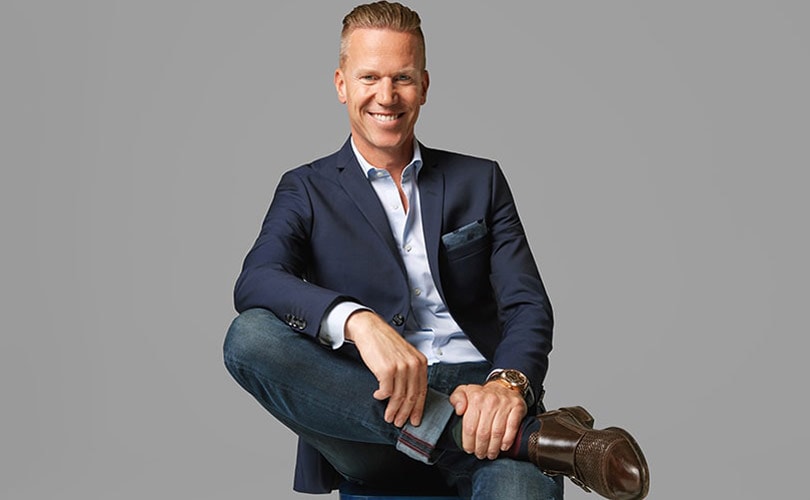 Esprit CEO: Our plan is “ambitious but it’s also realistic”

Struggling fashion retailer Esprit has unveiled an ambitious plan to counter years of revenue decline last week. But will it succeed in finding a new place on the market, after what the company itself defined as years of “brand inconsistency”?

Chief Executive Officer Anders Kristiansen, who joined Esprit in June, sounded confident when FashionUnited spoke to him on the phone about the turnaround plan, which includes repositioning Esprit as a politically engaged brand celebrating joy, sustainability and diversity. He also commented on the company’s intention to cut 40 percent of its non-store positions and the possibility of additional store closures in the near future.

But Esprit’s plan is not all about shrinking, as it also envisages opening 220 stores in China by 2023, a plan reminiscent of his days as chief executive officer and director of another struggling fashion chain, UK retailer New Look. International expansion was the staple of Kristiansen’s tenure (2013-2017), with no less than 110 store openings in the same country. Unfortunately, sales didn’t meet expectations, and New Look decided to pull out of China by the end of this year. Despite past failures, the decision to focus on the Chinese market makes sense when one considers the country is set to overtake the United States as the largest fashion market in the world next year, according The State of Fashion 2019 report, by consulting firm McKinsey.

Esprit wants to be an iconic brand again by taking a stance on political issues such as sustainability and women’s empowerment. What kind of message do you intend to send?

It’s not just about throwing out some political messages. We want to stand for causes that are close to our heart, and women’s empowerment is one of them. And we want to get our employees involved too: Do we as a company want to give our employees one or two days off every year - call it Esprit Earth Day - to collect plastic or where they can help women in shelters?

Gender and environmental issues can be quite controversial as well, which can backfire for a fashion brand trying to become profitable again. Isn’t it too risky to follow this path?

We have to. It’s in our brand, it’s part of our heritage. When AIDS emerged in the 1980s, our founders and the team handed out condoms at colleges and high schools in California, which was very controversial back then. So I think it’s about having a clear stance. Sometimes you get a slap on your face because you’ve gone too far but I think you have to live with it. Having an opinion is always risky. But it’s about being authentic, being yourself. If you put your finger over the brand name on an advertisement and people don’t know which brand the ad is for, then you’re just bland, you’re nobody. That’s not where I want us to be. 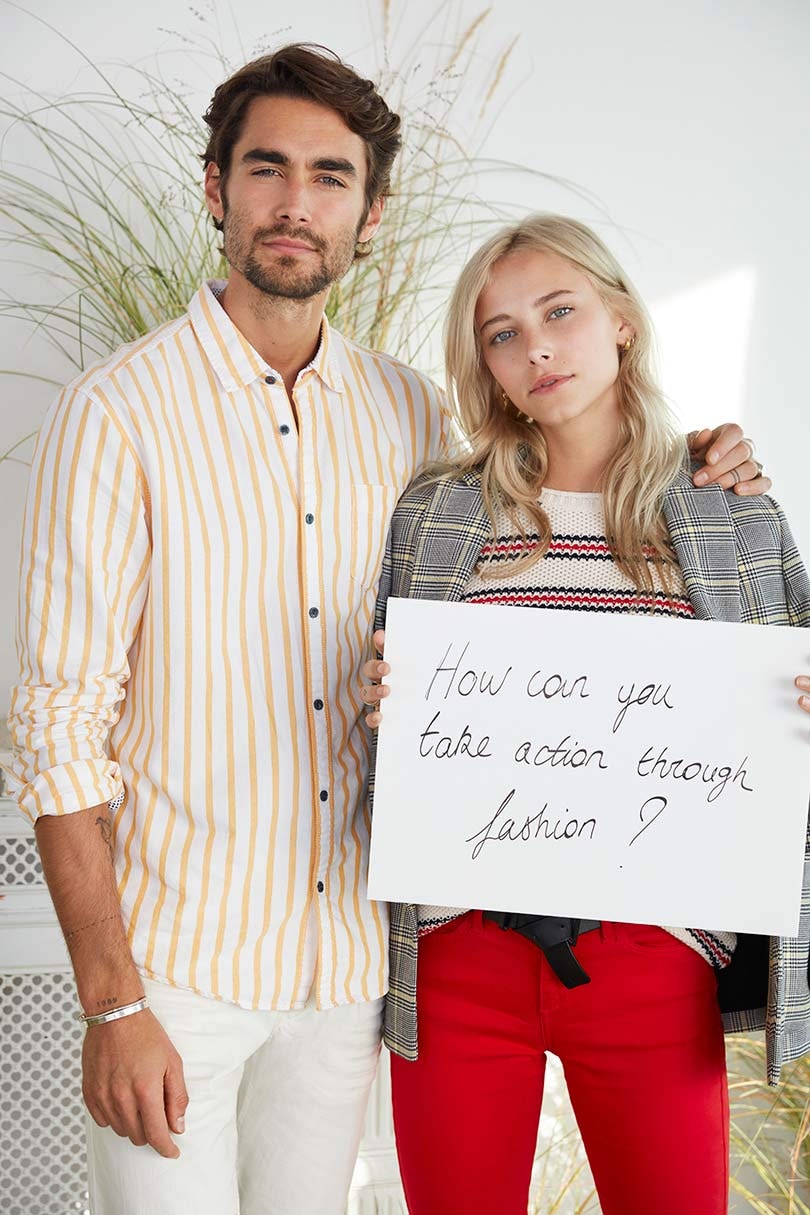 Esprit’s presentation for investors stated that it’s neither a fast fashion company nor a discounter, so it needs to set itself apart. What is Esprit, then?

I think it’s very urgent for Esprit to find this answer, and that’s why we’ve been working so hard to get into the details of the business. We surveyed over 10,000 customers to get a better understanding of what our brand means to them. And that’s what we are: We are a fashion brand. We were the world’s first lifestyle brand.

As part of repositioning itself as a lifestyle brand, Esprit has announced a new retail concept. What can customers expect when entering the new stores?

Today, our store design is not up to date. The furniture is way too present, you see it too much. There are different types of wood, it’s very messy. So, in the future, we’ll be going for a clean and minimalistic New Nordic look, so the products are the main thing you see. We’ve already hired a design company to help us achieve our desired look.

Which pieces can customers expect to see more in the stores in the near future?

I would like us to be much stronger in t-shirts during the spring/summer. We’ll probably have more fashion denim than we have today. Shoppers can also expect to see chinos, cropped and fashionable chinos. We’ve always been strong in sweaters, but we want to be even better, by offering higher quality such as merino wool, maybe some cashmere. Every time we’ve included these materials in our collections, they sold out in no time.

Are you happy with the price points today? 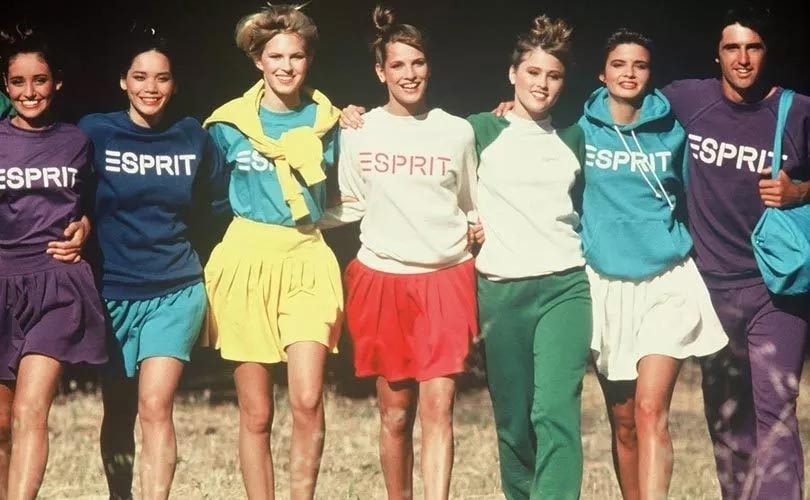 Esprit also wants to woo retailers with more speed and boost its wholesale business. How do you want to achieve more speed?

We haven’t really cared about how fast we can deliver because the focus on wholesale hasn’t been there. When we really get our act together, I think we can deliver wholesale within two to three days thanks to our never-out-of-stock (NOS) program. I really want to ensure we expand this program and can deliver products very fast. We don’t do capsules at all and I would like to bring in capsules where we have 20 to 50 options. Wholesale is an area we want to push really hard as it makes up a third of our business today.

The management team at Esprit has shrunk quite considerably. Are you happy with the current size?

I used to have 13 people reporting directly to me and now I only have six. We have just hired a new chief product officer. She’s great, she is exactly the person that I’ve been looking for. We’re also looking for a regional CEO for Europe and the Americas. And we’ve got both good internal and external candidates. What was important here, was to demonstrate that it starts at the top. It’s not just the lower-level employees that are being cut. We need a lean organisation, not just from a cost point of view but also to be able to react and make decisions much faster than we do today. 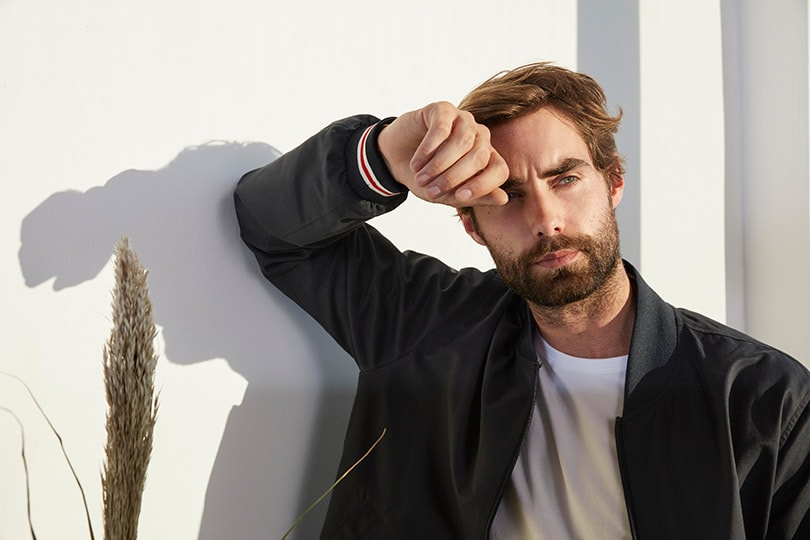 40 percent of non-store jobs will be cut. How many jobs do you exactly intend to cut and which locations will be affected most?

That could translate to up to 800 non-store employees worldwide, but these cuts are of course subject to negotiations with social partners such as work councils.

Esprit has also announced store closures as part of the new restructuring plan. How many of the current 510 outlets around the world will be closed?

I want the stores to be profitable. It’s difficult to provide a number because we are negotiating with all the landlords we have at the moment. Our number one goal is to keep as many stores open as possible through rent reductions so that they turn profitable. If the negotiations are unsuccessful, then we will close them.

Esprit also wants to open 78 stores in Asia in the next five years, excluding China. Which countries are you considering?

Singapore, Malaysia, we’re already doing well in those markets. We have Taiwan in mind and Thailand could be a good market as well.

You’re also looking to add 220 new stores in China. It seems quite a lot in a short period of time.

Depends on how you look at it. Some of our big competitors in China, open the same amount of stores in just a few months. The challenge is how to make those stores as profitable as we can. There are thousands of good shopping malls in China, so it’s a matter of negotiating the right lease agreements. 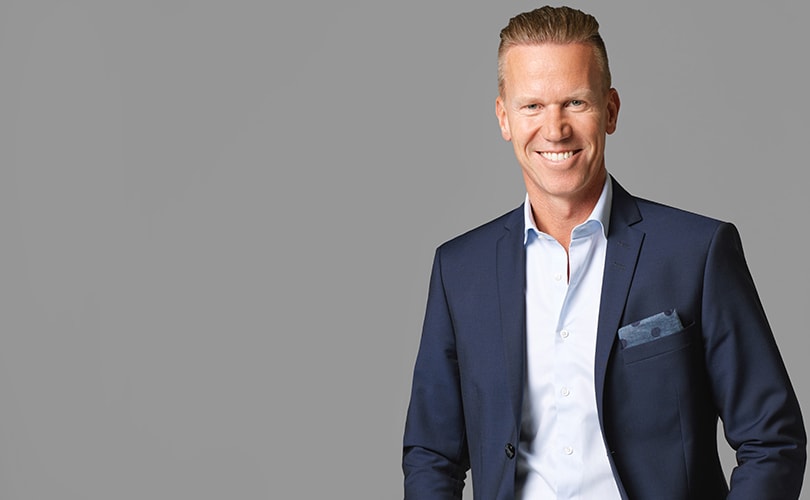 Why is China such an interesting market to you?

China is so vast. We have such a small market share, it’s a lot easier to roll out there. The capital investment required to open a store is very small compared to Europe. Lease agreements are only 2 to 3 years, so retailers don’t have to commit to a location for a long time. In addition, it’s a market that our shareholders, board and management understand very well.

Your previous company, the British retailer New Look decided to pull out of China in October. Why do you think Esprit will make it?

When I left New Look, they were very profitable on a store-level in China. Esprit used to be exceptionally strong in China, as it was in Europe. So I think we can regain that strong brand position in the market by delivering a better quality product. Currently, the most expensive items in our range, those with high quality, expensive fabrics, are actually the best selling ones in China. When we do cheap polyester, fast fashion products, that doesn’t sell.

Esprit is facing high restructuring costs from job cuts and store closures and wants to open almost 300 stores in the next five years. Will you be able to follow your plan without any external financing?

With the restructuring costs you mentioned and investment needed for the stores, isn’t the goal to to reach an EBIT margin of 5 to 7 percent within five years, very ambitious?

It’s ambitious in the sense that the company hasn’t been profitable for many years, and there are many things to do. But on the other hand, we’re not saying everything is fantastic, or that we will be profitable next year. So yes it’s ambitious but it’s also realistic.

This story was written with the assistance of Marjorie Van Elven.