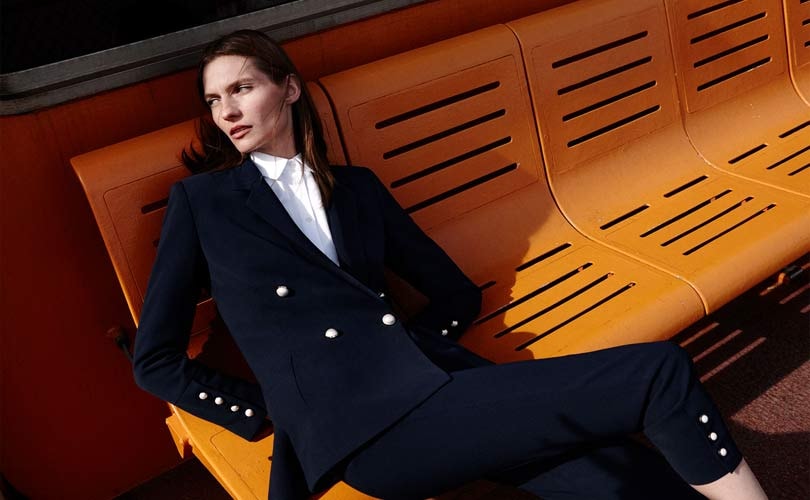 According to the Chairman and CEO of Inditex, Pablo Isla, these are a positive set of results against a backdrop of strong prior-year performance. "Key investments continue to be made with the medium- and long-term horizon in mind, framed by the ambition of making the company ever more sustainable from the financial, social and environmental perspective," he said in a statement.

Inditex said that it continued to expand its integrated offline-online store model globally in 2016, opening 279 stores, net of closures, in 56 markets, ending the year with 7,292 stores in 93 markets on all five continents. The Group increased its sales presence in all its geographies. Europe saw 102 new stores, Asia and rest of world 116 and the Americas to 61.

Last year, Inditex entered five new markets of New Zealand, Vietnam, Paraguay, Aruba and Nicaragua and launched or expanded its online platform in a total of 20 markets, 12 of which were new, including Turkey, Bulgaria, Croatia, the Czech Republic, Slovakia, Slovenia, Estonia, Hungary, Finland, Latvia, Lithuania and Malta. As of today, the Group's online platform now reaches 43 markets, following the launch of Zara's online store in Singapore and Malaysia in early March 2017.

By brand, Zara added 51 new stores to its network, bringing the total worldwide to 2,213. In addition to the brand's maiden store openings in Auckland (New Zealand) and Ho Chi Minh City (Vietnam), Zara inaugurated a flagship store on calle Compostela in La Coruña (Spain) in September. In the fourth quarter, Zara opened store in Barcelona. Other Zara openings over the course of the year included stores in Soho in Manhattan (US), Aruba, Paraguay and Nicaragua. Zara also opened new stores in China, Canada, Thailand, Saudi Arabia, Germany, Mexico, Indonesia and Japan.

The rest of the Group's brands similarly added to their floor space last year. Pull&Bear opened new stores in Luxembourg and Nicaragua; Massimo Dutti, in India and Finland; Bershka, in Nicaragua; Stradivarius opened its first stores in the Netherlands, Algeria, Israel and Nicaragua; Oysho in Belgium, Indonesia and Algeria; Zara Home entered the markets of Serbia, South Africa, Paraguay, Estonia and Denmark; and Uterqüe inaugurated its début stores in Poland and the Ukraine.

In parallel, all of the Group's brands opened flagship stores, such as the new Massimo Dutti on Paseo de Gracia in Barcelona (Spain) and its new store on Masarik 431 (Mexico City); flagship Pull&Bear stores in Windsor House in Hong Kong (China) and on Mariahilferstrasse in Vienna (Austria); Stradivarius openings on London's Oxford Street (UK), Kalvestraat in Amsterdam (Netherlands), Donegall Place (Belfast, Northern Ireland) and on Corso Vercelli, Corso Italia and Via Emilia in the Italian cities of Milan, Arezzo and Modena, respectively.

Bershka added to its store base by refurbishing its flagship stores on Oxford Street (London, UK), Vía Vittorio Emanuelle (Milan, Italy), Nanjing East (Shanghai, China) and Gran Vía (Madrid, Spain). The new Oysho stores in Santa Catalina (Porto, Portugal), the Galleria Alberto Sordi in Rome (Italy) and on the Ramblas and on Avenida Diagonal in Barcelona (Spain) stand out.

In FY16, the Inditex Group created 9,596 new jobs, boosting its worldwide headcount from 152,854 to 162,450. Of the total, 2,480 new jobs were created in Spain, with the creation of skilled teams in the core design, creativity, engineering, sales and logistics areas to support the Group's international expansion. As a result, the workforce in Spain rose to 48,589 people in 2016, bolstered by the creation of nearly 9,500 jobs in the past five years.

The Group has also announced a new profit-sharing plan of similar characteristics under which its employees will participate in the Group's earnings growth in 2017 and 2018.

Inditex's Board of Directors will ask the company's shareholders to approve a 0.68 euro (0.72 dollar) per-share dividend, marking year-on-year growth of 13.3 percent, at the Annual General Meeting scheduled for July. A dividend of 0.34 euro (0.36 dollar) will be paid out in the interim on 2 May 2017, while the remaining 0.34 euro would be paid out, if approved, on November 2, 2017 in the form of a final and special dividend.

Store sales in constant-currency terms – adjusted for seasonality on account of the leap year – rose by 13 percent between 1 February and 12 March 2017.

The company said, ordinary capital expenditure in FY2017 will be approximately 1.5 billion euros (1.59 billion dollars) driven mainly to continue to invest in its sustainable growth, specifically in new customer-oriented technologies and R&D projects, in expanding its eco-efficient store base, in upgrading its logistics operations and in shoring up the second-hand clothing collection and fibre recycling programmes and research, among other key areas. The Group plans to continue to expand its integrated store and online model globally in 2017. The store openings scheduled for the coming months include new Zara stores in Nagoya (Japan), Doha (Qatar), or the Flora Fountain store in Ismail Building in Mumbai (India), and in the Azca district on Madrid's Paseo de la Castellana (Spain). Zara is also preparing to reopen newly refurbished stores in iconic locations such as in Opera in Paris (France) this April and in London's White City shopping centre (UK).

Among the other brands, Zara Home will inaugurate stores in Zurich (Switzerland) and Vienna (Austria), as well as on Nanjing Road in Shanghai (China); Pull&Bear has a store opening coming up on Calle Preciados in Madrid (Spain); Bershka will open a new store in Changsha (China); and Stradivarius will reopen its doors at Portal del Angel in Barcelona (Spain).

The Group will continue to expand its online platform in parallel. Zara's online store will go live in Thailand and Vietnam in the coming weeks, while its launch in India is scheduled for the second half of the year.