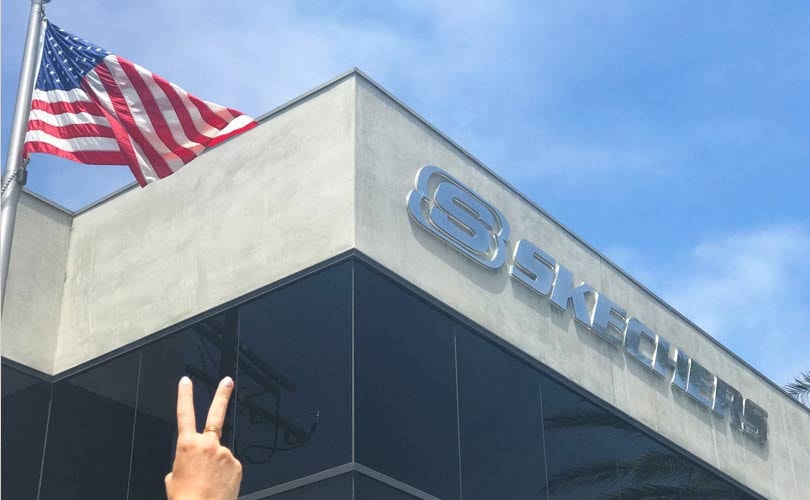 “Third quarter net sales of 1.095 billion dollars set a new quarterly record for the company, surpassing our previous record in the first quarter earlier this year by 22 million dollars, and resulted in a new nine month record with sales exceeding 3 billion dollars,” said David Weinberg, Skechers COO and CFO in a statement, adding, “The growth came across our three distribution channels. The strong international growth, including the continued strength in China, the resurgence of the United Kingdom and growth across all of Europe combined with our strong international retail business, resulted in international wholesale and retail representing 53 percent of our total sales in the third quarter.”

Skechers added that increase in its company-owned retail business, which included sales growth of 9.5 percent in its domestic channel and a domestic comp store sales increase of 3.1 percent, came despite temporary store closures in Texas and Florida, and continued store closures in Puerto Rico due to the recent hurricanes. The xompany reported net sales last year of 1.5 million dollars for the days corresponding to the days closed this year due to the hurricanes.

“Achieving three record quarters of net sales in 2017, as well as annual record net sales in 2016, is a testament to the power of our team and the brand. Now, more so than ever before, we are approaching our business from a global perspective, developing product that will resonate with consumers in the Americas, across Europe, throughout Asia, and the rest of the world,” added Robert Greenberg, Skechers CEO.

Based on these key indicators, Skechers said that the company will achieve net sales in the fourth quarter in the range of 860 million dollars to 885 million dollars, and diluted earnings per share of 0.09 dollar to 0.14 dollar.

The company expects its capital expenditures for the fourth quarter to be approximately 20 million to 25 million dollars, which includes corporate office upgrades and an additional 12 to 15 company-owned retail store openings and several store remodels.