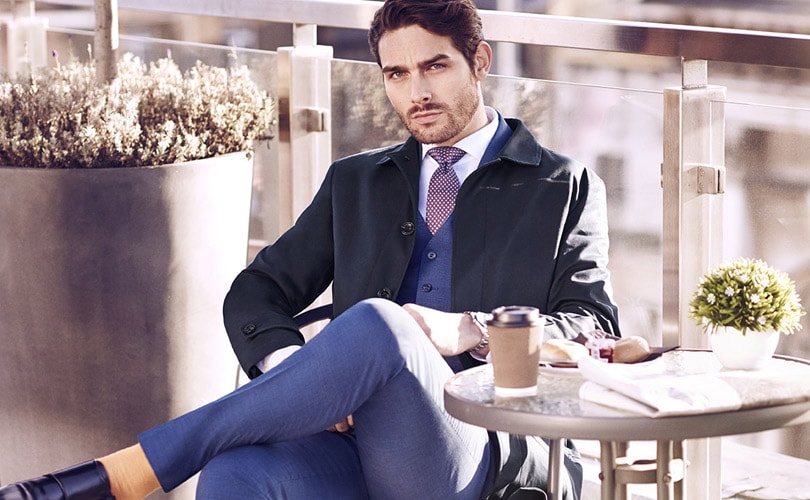 London - Moss Bros Group PLC, the men's tailoring specialist, revealed a 6.1 percent dip in its full-year profits for the year ending 27 January 2018, after struggling with a tough trading environment as well as a "significant stock shortage" during the final quarter.

Preliminary results for the full-year from 29 January 2017 to 27 January 2018, indicate that profit before tax fell 6.1 percent to 6.7 million pounds, down from 7.1 million pounds for fiscal year 2016/2017. EBITDA dipped slightly, falling 2.2 percent to 13.3 million pounds, affected by the impact of "significant cost headwinds," according to the group.

However, total group revenue excluding VAT increased 3 percent to 131.8 million pounds during the year, as group like-for-like sales including VAT grew 1.6 percent to 137.3 million pounds. Like-for-like retail sales were 6.7 percent lower for the first 8 weeks of Moss Bros' current financial year, as hire sales dropped 4.9 percent. The results for the full-year confirm Moss Bros profit warning last week after the suit specialist revealed it was struggling with "material short-term issues" with stock availability, which it aims to resolve this spring.

"It is frustrating that after a strong first-half performance, which continued into the third quarter of the year, the final quarter’s performance was below the level we had forecast," commented Brian Brick, Chief Executive Officer, at Moss Bros. "We suffered from a significant stock shortage, due to the poor implementation of the project to consolidate suppliers."

"We left ourselves with too little ‘running line’ stock to close out the year having bought cautiously for the second half of 2017. This has continued to hamper our performance into the start of the year," he added. "In spite of this issue, we have continued to progress the modernisation of the store portfolio, which is nearing completion and develop our omni-channel shopping proposition, including a better level of customer segmentation."

"However, there is no question that we have hampered our own position through the stock shortages and as this gets back on track, our strong consumer proposition is restoring momentum. We will ensure that we continue to invest in this proposition to protect our position."