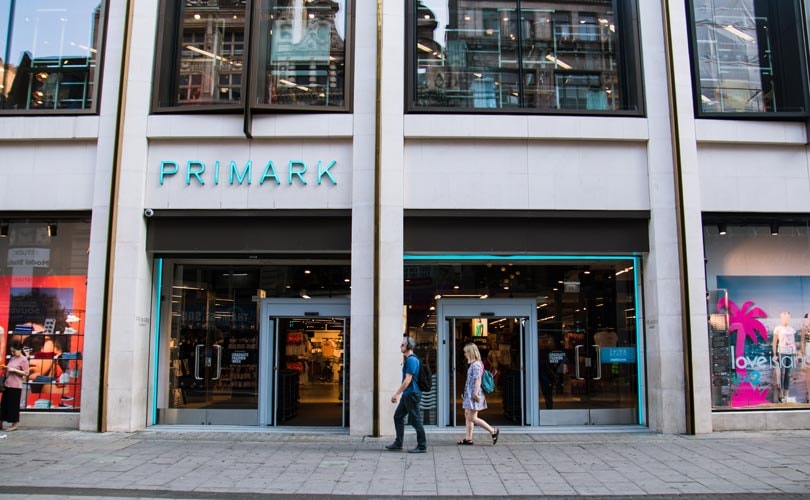 For the full year, Primark, part of Associated British Foods expects sales to be 5.5 percent ahead of last year at constant currency, driven by increased selling space offset by a 2 percent decline in like-for-like sales. At actual exchange rates sales are expected to be 6 percent ahead.

The company said, Primark performed well in the UK, where full year sales are expected to be 6 percent ahead of last year, and its share of the clothing market has increased significantly. Like-for-like growth for the full year is expected to be 1.5 percent driven by a strong first half and a second half performance in line with an exceptionally strong second half last year.

The company added that Spain, Portugal and its first four stores in Italy delivered very strong sales growth in the year, however, like-for-like sales for the Primark group were held back by a like-for-like sales decline in northern Europe where the unseasonable weather during three periods this year led to difficult retail conditions but, despite this, sales in northern Europe were well ahead of last year driven by increased selling space. In the US, Primark opened its ninth store in Brooklyn in July, while selling space was reduced at existing stores in Freehold and Danbury in May 2018.

Operating margin in the first half was 9.8 percent, down from 10 percent in the same period last year, due to the adverse effect of the US dollar exchange rate on purchases. As expected, Primark said, margin in the second half will be well ahead of the first half and last year driven by the benefit of the weakening of the US dollar exchange rate on purchases and by better buying. Operating margin for the full year is expected to be approximately 11 percent compared to 10.4 percent in the prior year.

Assuming that spring/summer is secured at current exchange rates the company expects operating margin in Primark to be in line with this year at 11 percent. However, Primark further said that the exchange rate applicable to sales in the second half will be sensitive to sterling exchange rate volatility, which is likely to arise given a period of intense Brexit negotiations.

Primark opened 15 net new stores bringing the total estate to 360 stores. Five stores were added in Germany; four in the UK; two in France and one each in Portugal, Belgium, Spain, Netherlands and the US. A small store at Lisnagelvin, Londonderry, in Northern Ireland was closed and selling space in the US stores in Freehold and Danbury was reduced. The Primark store in central Belfast was destroyed by fire in August.

In the next financial year, Primark plans over 1 million sq. ft. of additional selling space, with more than 0.5m sq. ft. being added in the first half. Germany, France, Spain and the UK will see the most space added and overall the company aims to open 14 new stores and will move to new premises at Birmingham Pavilions, which, at 160,000 sq. ft., will become our largest store in the whole estate. Other large new stores will be in Berlin in Germany; Toulouse and Bordeaux in France; Seville and Almeria in Spain; Brussels in Belgium; Utrecht in the Netherlands; and Milton Keynes in the UK. Primark’s first store in Slovenia will open in 2019 in Ljubljana, taking Primark to its twelfth country.