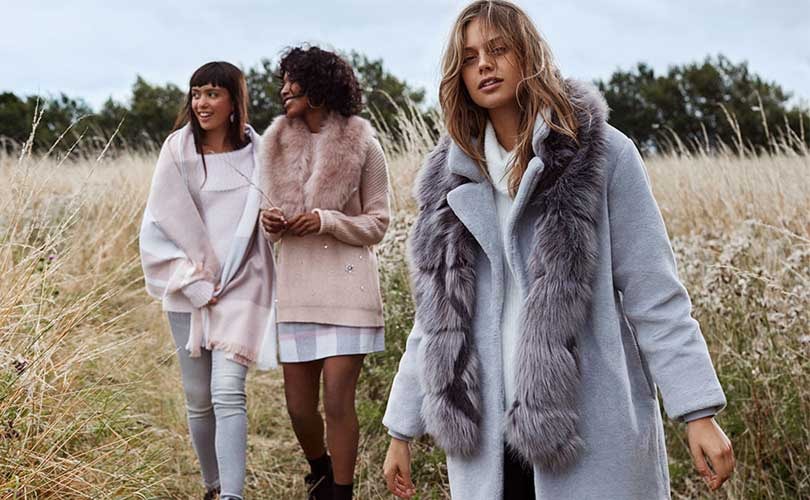 Sales at Primark, a part of Associated British Foods, were 19 percent ahead of last year at actual exchange rates and 12 percent ahead at constant currency to 7,053 million pounds (9,273 million dollars). On a comparable week basis, adjusting for the impact of 2016 being a 53 week year for Primark, the company said, sales at constant currency were 14 percent ahead driven by increased retail selling space and 1 percent growth in like-for-like sales. Adjusted operating profit for the year was 735 million pounds (966 million dollars), 7 percent up at actual and 3 percent at current exchange rates.

Commenting on the full year trading, George Weston, Chief Executive of Associated British Foods, said in a statement: “This was a highly successful year for the group. These results reflect our international diversity, and the strong underlying performance of our businesses was driven by management actions throughout the year. Capital investment was a record as we continued to pursue the opportunities to grow our businesses into the future.”

Primark sees uplift in sales in the UK

The company said, Primark performed particularly well in the UK where sales were 10 percent ahead of last year on a comparable basis and our share of the total clothing market increased significantly. After a good first half, third quarter trading was strong in the lead-up to Easter, with the growth also benefiting from comparison with prior year results that were affected by poor weather and an earlier Easter holiday. Fourth quarter trading, Primark added, was equally strong, fully reflecting the success of our consumer offering.

Sales in continental Europe were 16 percent ahead of last year at constant currency and on a comparable week basis, reflecting the extensive selling space expansion there. It is noteworthy that, of Primark’s top 20 stores by sales density, 15 are now in continental Europe including seven in our newest markets of France and Italy. The company said, major success of the newly-opened store in Liffey Valley in Dublin demonstrates the opportunity for further selling space expansion in our more established markets.

During the two years since the opening of our first US store at Downtown Crossing in Boston, Primark opened three stores during the year in the US and extended the Boston store by 20 percent to 92,000 sq. ft. In the coming year, it plans to reduce the size of three of its earlier stores in order to optimise their efficiency. Primark also open our ninth US store in Brooklyn, New York in the summer.

With most of next year’s first half UK purchases contracted at a weaker sterling/US dollar exchange rate than the same period last year, the company expects that there will be an adverse effect on margin in the first half. However, the strengthening of the euro against the US dollar in recent months is anticipated to have a beneficial transaction effect on Primark’s eurozone margins particularly in the second half of next year if these rates prevail. With a more typical level of markdowns and the absorption of some cost increases, the company expects full year margins to be similar to that achieved this year.

The company opened 30 stores across nine countries bringing the total estate to 345 stores and 13.9 million sq. ft. at the financial year end. Eleven stores were added in the UK; three in each of Spain, France, the Netherlands, Italy and the US; two in Germany and one each in Belgium and Ireland. Our city centre flagship store at Oxford Street East was extended by 40 percent during the year. The stores in Sheffield and Reading were relocated to bigger, better locations and two stores have been temporarily relocated while their existing sites are redeveloped.

In 2016, the company also undertook the refit of 15 stores in the United Kingdom, Republic of Ireland and the Netherlands. In the next financial year it is planning over 1.2 million sq. ft. of additional selling space. France, Germany and the UK will see the most space added and overall Primark plans to open 19 new stores together with a number of relocations and extensions. The larger stores will be in Stuttgart and Munich in Germany; Toulouse and Bordeaux in France; and Antwerp in Belgium.

“I am pleased to report that a final dividend of 29.65p is proposed, to be paid on January 12, 2018 to shareholders on the register on December 15, 2017. Together with the interim dividend of 11.35p paid on July 7, 2017, this will make a total of 41.0p for the year, an increase of 12 percent. Primark’s selling space expansion will continue and with margins in line with the current year we expect an increase in retail profit. Taking all of these factors into account, at this early stage, we expect progress in adjusted operating profit and adjusted earnings per share for the group for the coming year,” added Charles Sinclair, the group’s Chairman.