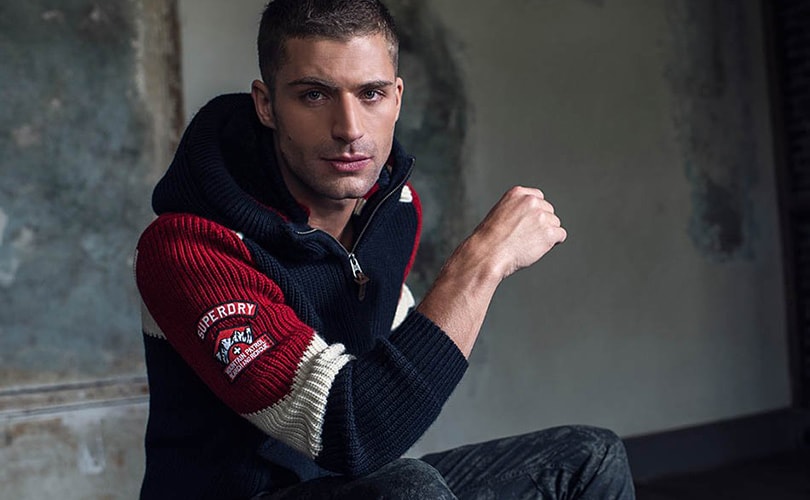 For the first half period to October 27, Superdry Plc said, Global Brand revenue (excluding China) grew by 6.4 percent and group revenue growth was 3.1 percent, reflecting continued growth in ecommerce and wholesale channels, which offset a decline in retail store performance. This, together with increased foreign exchange costs, contributed to the 49 percent decrease in underlying profit before tax year-on-year to 12.9 million pounds, while profit before tax increased by 190.1 percent to 26.4 million pounds, mainly driven by the mark-to-market movements of forward foreign exchange contracts.

Commenting on the first half results, Euan Sutherland, Superdry Chief Executive Officer, said in a statement: "Superdry had a difficult first half, impacted by unseasonably warm weather across our major markets, a consumer economy that is increasingly discount driven and the issues we are addressing in product mix and range. We are confident that our transformation programme combined with the underlying operational strengths of the business will deliver a return to higher levels of growth and profitability."

The company added that unseasonably warm weather has continued through November and into December, Superdry's two biggest trading months in the year, across all of our key markets. Given Superdry's reliance on cold weather related product continues and a lack of innovation in some of its core categories, sales have remained under pressure despite a strong performance in the Black Friday week. This has resulted in an adverse profit impact of around 11 million pounds in November and the company expects a potentially similar profit impact in December if trading conditions do not improve.

There is still considerable uncertainty in terms of the weather outlook, the changing shape of consumer behaviour in the peak trading period and the impact of wider economic and political uncertainty. Reflecting those impacts and the uncertainty in the remainder of the financial year the company expects underlying profit before tax to be in the range of 55 million pounds to 70 million pounds.

The company said, retail store performance has been impacted by the challenging trading conditions on the high-street and the unseasonably hot weather conditions seen in the UK, Continental Europe and on the East Coast of the US.

Group revenue increased by 12.6 million pounds to 414.6 million pounds (520 million dollars). The increase of 3.1 percent, on the same period last year, Superdry said, was driven by growth in capital-light channels of wholesale and ecommerce, offset by a decline in retail store sales. Within retail, ecommerce revenues grew 6.9 percent in the first half of the year driven by a strong performance in company-owned ecommerce websites, which grew 14 percent, but offset by the performance in its third party ecommerce partners. Retail store revenues declined 2.3 percent in the first half of the year.

During the last 12 months the group opened 18 new stores - two in the UK and ROI, eight in the EU, and eight in the US - with two closures, resulting in 16 net new stores in the period. At the end of 1H19 there are 249 company-owned stores.