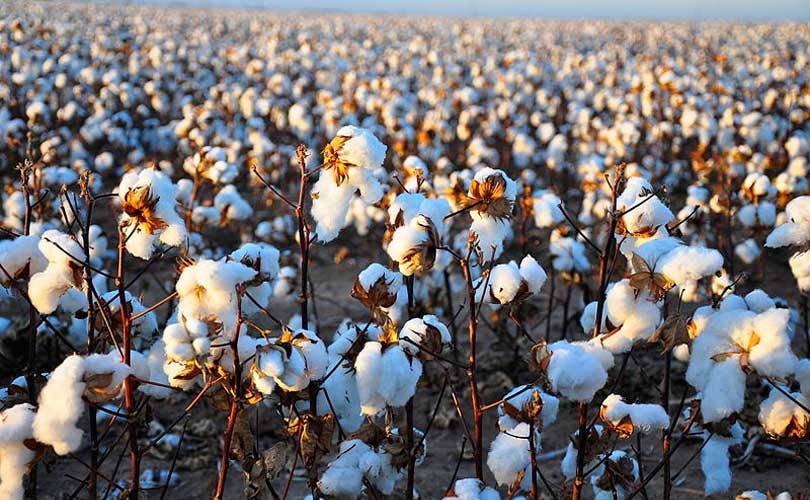 Profitable farms, higher demand from local apparel producers and retailers, higher consumer’s confidence levels and a profitability rebound based on growing margins are the main reasons why wool and cotton fibres are enjoying historic highs.

Thus, while the price of wool has risen to its highest point since April 2013 and is currently priced at circa 13 dollars per kilo, an intensified use of fine wool for high end fashion has proved a boon for countries such as Australia.

Wool price from strength to strength as production becomes profitable

Many have pinpointed how the global wool industry has changed recently as more wool is being grown and therefore available in the retail market. Stuart McCullough, managing director of The Woolmark Company explained in an interview with ‘Fibre2Fashion’ that "In the last decade, the (wool) price has gone up and that has been the biggest change.”

“Farmers are now becoming profitable. This is a big and important change as they are now making money; that’s because a decade ago they were not making any. They are keeping the industry alive," concluded McCullough.

Another trend noticed by analysts is how textile buyers are progressively moving away from China and going back to Western countries such as Italy. "Before, given (brands) were paying much less, they turned a blind eye to quality," said to Reuters Giovanni Germanetti, director general of Italian yarn and textile producer Tollegno 1900. For Germanetti, the return of clients responds to their seeking for better value for money.

On a related note, Alessandro Brun, professor at the MIP Milan Politecnico, said brands are also motivated by concerns over product traceability, and want to avoid potential reputational risk.

The wool market is enjoying quite an upwards ride in Australia, as the fibres trading on the Eastern Market Indicator (EMI) price has seen seven consecutive weeks of climbing prices per kilogramme per week.

On average, the current price range for EMI is above 25 percent higher than a year ago. Providing greater detail, Chris Wilcox, the chief executive of the National Council of Wool Selling Brokers of Australia, reported the EMI has jumped 181 U.S. dollar cents per kilo in United States dollar terms since the Christmas recess and by 219 U.S. dollar cents per kilo since the start of the 2016/17 season. Wilcox highlighted that ultra fine and superfine wool had received the major gains.

In this regard, Australian Wool Exchange senior market analyst Lionel Plunkett said the record prices had brought previously unwilling sellers to market, pushing the amount of wool being held in storage to historical lows.

“The lack of wool on hold has severely limited any large increases in weekly quantities, enabling the market to gradually rise without any extra supply pressure and this sale was no exception,” Plunkett said, adding that “With clearance rates consistently in the 90 per cent region the amount of wool on hold will continue to stay at these levels.”­­

But wool is not the only fibre that has experienced a recent price rebound. While cotton prices had been declining for several years, they began to pick up again in 2016, when consumption exceed production for the first time in 6 years.

According to data analysed by FashionUnited Business Intelligence, cotton has reached price levels – over 82 cents per pound - not seen since July 2014.

As indicated in theFashionUnited Cotton Price Index , cotton prices have gained 2.8 percent in India and 3.9 percent in Pakistan, only rising 1.1 percent in China where spinners were anticipating a lower level in cotton prices after the return of official sales from state reserves as of March, 6th.

The global organic cotton market was worth USD 15.76 billion in 2014/15 and shows stable growth, according to Textile Exchange. As more people are beginning to factor in sustainability when buying clothing and other products, using organic cotton can give companies an edge over their competitors.

Looking into how these moves will affect consumers, Citi senior analyst Craig Woolford said at the beginning of the year that the recent decline in clothes prices won't last because cotton and wool prices are rising.

The FashionUnited Cotton Price Index reveals how the popular fibre’s price evolves on a monthly basis.