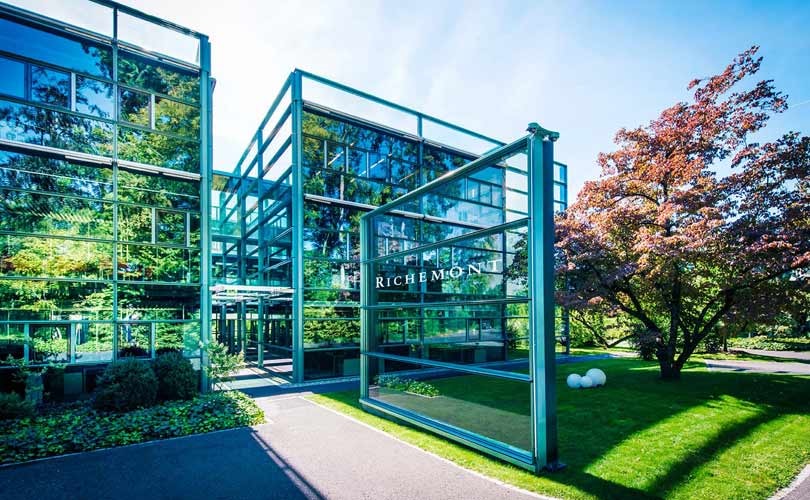 In the six month period, sales at Compagnie Financière Richemont SA increased by 21 percent at actual exchange rates and by 24 percent at constant exchange rates to 6,808 million euros (7,723 million dollars). Excluding YNAP and Watchfinder, the company said, sales for the period increased by 8 percent at constant exchange rates, with most regions posting higher sales led by double-digit progression in the Americas and in Asia Pacific, the latter benefiting from strong performances in Hong Kong, Korea and Macau. The Group’s directly operated boutiques saw double-digit growth, both in jewellery and watches. Wholesale sales were 1 percent higher compared with the prior year period.

“Amidst growing volatility in consumer demand, partly attributable to an uncertain economic and geopolitical environment, we maintain confidence in our ability to realise our long term ambitions, supported by the strength of our balance sheet. Our ambition remains to ensure that we continue to create, manufacture and sell exquisite products with a high level of beauty, craftsmanship, patrimony and passion while maintaining continued engagement, relevance and appeal for our clients,” said Johann Rupert, Richemont’s Chairman in a statement.

Review of Richemont’s first half results

Gross profit for the period increased by 16 percent to 4, 256 million euros (4,828 million dollars). The consolidation of YNAP and Watchfinder diluted the Group’s gross margin to 62.5 percent versus 65.5 percent in the prior year period. Excluding online distributors, gross margin progressed to 66.6 percent, a 110 basis point improvement.

With the first-time consolidation of YNAP and Watchfinder, both having a strong presence in Europe, the company said, sales in the region grew by 28 percent. Excluding online distributors, sales in the region increased by 1 percent over the prior year period, reflecting mixed performances in terms of markets, product lines and channels as well as the disposal of Lancel. Sales in the United Kingdom contracted following a double-digit increase in the prior year period while sales in France and Switzerland increased.

Sales in Asia Pacific increased by 20 percent over the period, with the region accounting for the Group’s largest sales share at 37 percent of Group sales. Excluding YNAP and Watchfinder, the 14 percent increase in sales was driven by twenty net new store openings, high single digit growth in mainland China and double digit increases in other main markets, notably Hong Kong, Macau and Korea.

The Americas posted a 42 percent increase in sales, benefiting from the inclusion of YNAP which has a strong customer base in the region. Excluding online distributors, sales grew by 13 percent, driven by higher sales in all product categories and distribution channels.

The 14 percent growth in sales in Japan was driven by higher domestic and tourist spending, which benefited from a comparatively weaker yen. Excluding online distributors, sales in the region increased by 8 percent, led by a double-digit growth in watch sales and the net opening of five directly operated boutiques.

Middle East and Africa accounted for 7 percent of Group sales. The inclusion of Online Distributors led to a 4 percent increase in sales, with strong growth in writing instruments and clothing. Excluding YNAP and Watchfinder, sales in the region declined by 4 percent, adversely impacted by lower tourist spending, given unfavourable local currencies and geopolitical uncertainties.

Retail sales increased by 13 percent, with growth in all regions, and double digit increases in Asia Pacific, the Americas and Middle East and Africa. Retail sales benefited from the internalisation of external points of sales in the Middle East in late calendar year 2017. The number of Maisons’ directly operated boutiques was reduced by 33 to 1 090, mostly in relation to the disposal of Lancel.

Overall, wholesale sales were 1 percent above the prior year period, as growth in Asia Pacific, Japan and the Americas offset declines in other regions.

The company said, at actual exchange rates, the 9 percent sales increase at Cartier and Van Cleef & Arpels was driven by double digit growth in jewellery and high single digit growth in watches. Performances in Asia Pacific, the Americas and at the Jewellery Maisons’ directly operated boutiques were particularly strong. Operating results improved by 19 percent compared to the prior year period, while operating margin gained 280 basis points to 33.8 percent.

The Specialist Watchmakers’ sales were 2 percent higher than in the prior year period. Double digit growth in directly operated boutiques more than offset lower wholesale sales, which were impacted by ongoing control of sell-in and distribution optimisation initiatives. The company added that stock provisions, linked to the physical returns of inventory buy-backs, led to a 3 percent reduction in the operating result to 286 million euros and the operating margin for the period was down 80 basis points to 18.5 percent.

‘Other’ includes Montblanc, the Group’s Fashion & Accessories businesses, its watch component manufacturing and real estate activities. Richemont’s other businesses reported a 1 percent sales growth, partly impacted by the disposals of Lancel and Shanghai Tang. Excluding the impact of such disposals, Richemont sales increased by a mid-single digit rate. The 46 million euros operating losses included the one-time charges related to the disposal of Lancel.