No-deal Brexit could drive cost of Europe-made clothes up 11.5 percent

The cost of clothing made in Europe and being sold in the UK could increase by 11.5 percent if the country crashes out of the EU without a deal later this year, new research suggests.

According to personal finance website NimbleFins, the price hike - which could also see EU Footwear prices rise by 4.1 percent - would be due to imports being subject to World Trade Organization (WTO) tariffs enforced in a no-deal Brexit scenario.

Currently, around a third of the UK’s clothing imports and more than half of its footwear imports come from the EU, with the most arriving from Italy, Germany and the Netherlands. 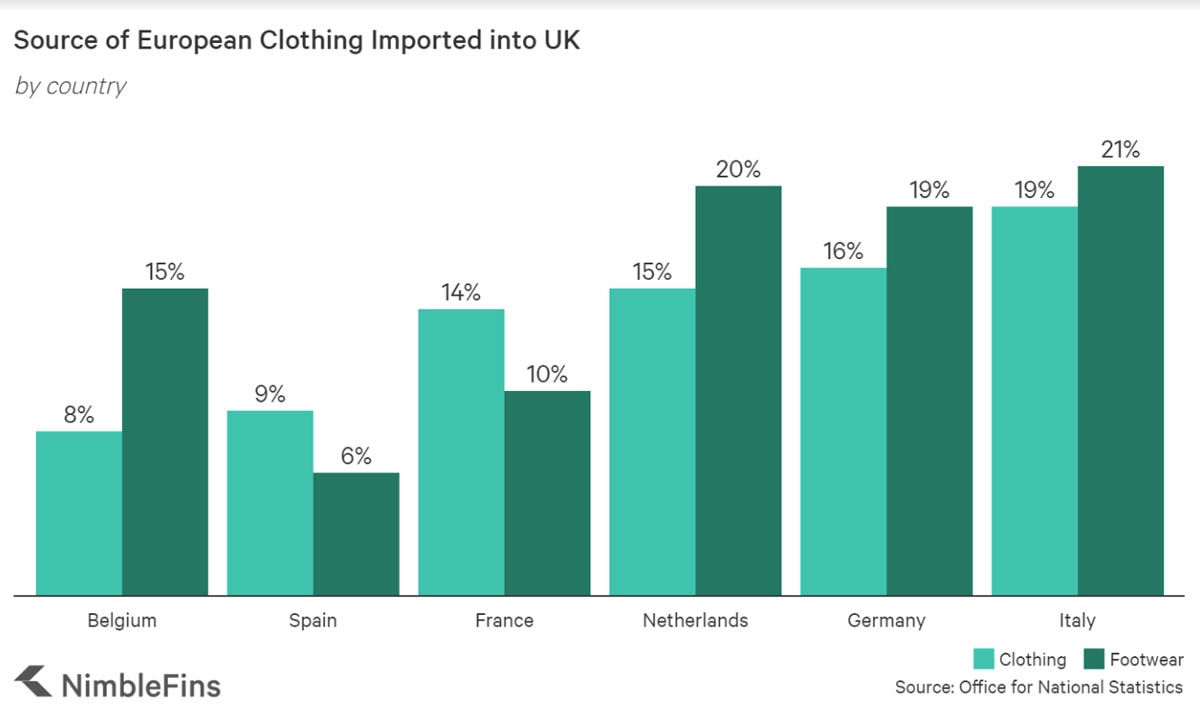 CEO of NimbleFins, Erin Yurday, said in a statement: "British consumers are already paying higher prices on many imports due to the falling pound. If we leave the EU without a trade deal, consumers may need to pay an additional 11.5 percent on their favourite clothing imports from the EU due to tariffs."

Earlier this month, over 50 UK retailers, including Harrods, John Lewis Partnership, Marks and Spencer, Debenhams, and River Island, wrote to the new chancellor Sajid Javid in an open letter urging him to fix a “broken business rates system”. In the letter, which was coordinated by the British Retail Consortium, the retailers warned that a no-deal Brexit would put “considerable strain” on companies who are already struggling in tough retail conditions.

In March, research revealed that the British luxury sector could lose up to 6.8 billion pounds worth of exports a year as a result of a no-deal Brexit. Data from international consultancy firm Frontier Economics, commissioned by trade association Walpole, suggested that up to 20 percent of the country’s luxury exports could be lost if the UK crashes out of the EU without a deal

The UK was originally due to leave the EU on 29 March, 2019, but the withdrawal agreement was rejected three times by MPs. After an initial extension until 12 April, 2019, the leave date was extended again until 31 October 31, 2019.