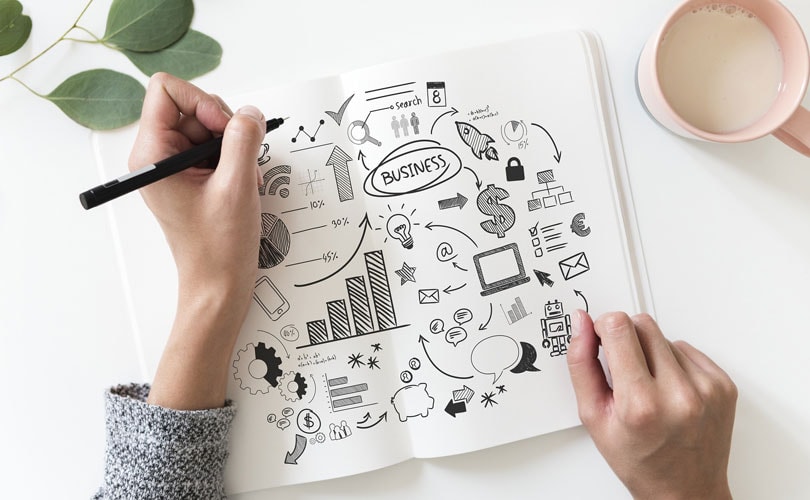 Walmart has topped Fortune magazine’s list of the 500 most valuable companies in the US once more. 16 other fashion retailers have also made the list, but none of them are newcomers. FashionUnited takes a closer look at the most recent developments to stem from these companies.

Several businesses are being removed from Walmart’s portfolio. The company has sold Asda in the UK, shut 63 Sam’s Club locations in the US and halted all operations in Brazil in the past few months alone. But one would be mistaken for thinking these closures are a sign that Walmart is struggling. In fact, the company reported 500.3 billion dollars in revenues for the fiscal year 2017 -- 14.5 billion more than in 2016. E-commerce has pushed the results, having grown 44 percent in 2017.

As Walmart continues to do away with the less profitable parts of its business, it has been investing more and more on fashion. In 2017, the company acquired apparel brands Moosejaw, Modcloth, Bonobos and Parcel. A few months later, the massive retailer introduced five new apparel private brands, including Time and Tru and Terra & Sky.

Amazon is the next company directly or indirectly related to fashion to show up on Fortune’s list, snatching 8th place. This is the first time the international digital retailer makes the top 10 and, if it maintains this pace, it is likely we’ll see it in an even better position in the future. According to Fortune, Amazon’s sales have jumped some 70 billion dollars in the last two years.

Among the reasons for such growth, are Amazon’s entrance in the Indian market and the success of Amazon Web Services, a new subsidiary that provides cloud hosting services for companies, governments and individuals, according to the magazine. This year, Amazon chairman Jeff Bezos took Bill Gates’ long-held position as the world’s richest man, according to Forbes’ The World’s Billionaires.

But, when it comes to fashion, there is still room for Amazon to grow. Although the e-tailer giant holds 35 percent of the online market for apparel and footwear in the United States, in Continental Europe Amazon only accounts for 8 percent of the market share.

Read more: Walmart vs Amazon: the fashion battle is on

Nike has dropped from 8th to 89th place on the ranking. The sportswear brand is currently going through a media crisis, after an employee-led survey addressing gender inequality and inappropriate behavior by male managers sparkled a series of resignations, including brand president Trevor Edwards, vice president Jayme Martin and vice president of diversity and inclusion Antoine Andrews.

Fierce competition from Adidas, Under Armour and Puma may also threaten the company’s position in the coming years. Puma’s CEO, Bjorn Gulden, recently stated that the brand wants to become the “fastest sports brand in the world”, following their exit from Kering’s portfolio. 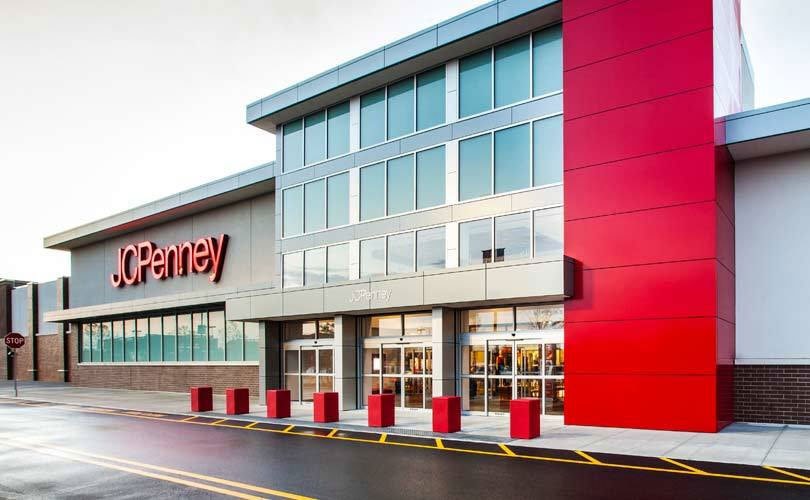 US department stores continue to stuggle, and Macy’s, Sears’, Kohl’s and J.C. Penney’s performances on the Fortune 500 list reflect that situation.

Macy’s Inc, the company that operates both Macy’s and Bloomingdale's department store chains, has dropped 10 spots on this year’s list, after closing down 100 underperforming stores and cutting off over 10,000 jobs. There’s light at the end of the tunnel for the company, however, considering its Q1 results have exceeded expectations this year.

Sears’ sales plummeted 25 percent last year, causing the company to fall from 127th place to 172nd on Fortune magazine’s list. J.C. Penney, which closed 138 stores at the end of 2017, has gone from 221st to 235th. Although Kohl’s is not struggling as much as its competitors (its sales have risen 2.2 percent in 2017), the company still dropped from 150th to the 157th position on the list.

Like many of its fashion counterparts on the list, Gap is adopting a new strategy to survive in an ever-changing retail environment. The company decided to close down about 200 Gap and Banana Republic stores, focusing on its more affordable brands, Old Navy and Athleta, instead. The strategy has proven to be successful, as the company has seen a growth of 3 percent in sales in 2017. 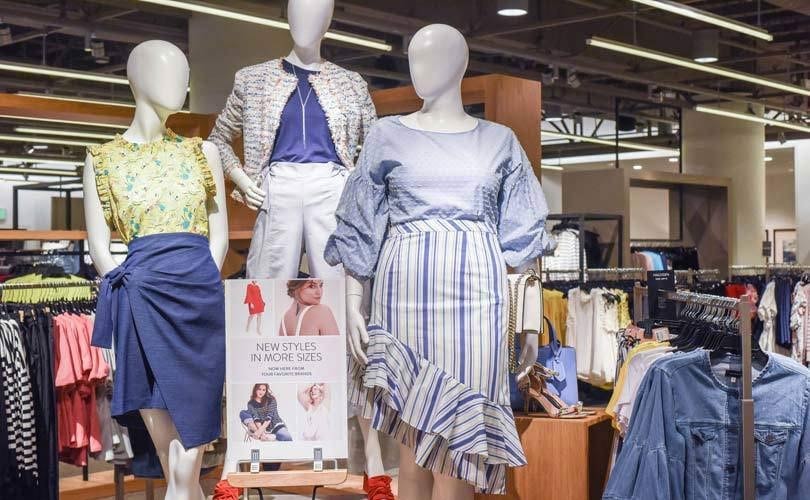 The upscale department store operator decided to halt its plans to go private amidst its struggles. Namesake family members, who currently own 30 percent of Nordstrom’s stock, have considered taking over the brand, but the transactions did not go through.

Over the past 30 years, Ross Stores Inc. has grown from a six-store chain into a 12.9 billion dollar company with 1533 stores. The company, which owns discount stores Ross Dress for Less and dd’s Discounts, has shown a steady uptrend in 2017, with net earnings of 1.4 billion dollars, compared to 1.1 billion dollars in 2016.

2017 has been a busy year for VF Corporation, which owns more than 30 brands, including Kipling, The North Face, Timberland, Lee, Wrangler, Vans, JanSport and EastPack. In July, the company announced the investment of an additional 40 million dollars in its business, to fuel and accelerate growth for 2018. In October, VF reached a definitive merger agreement with Williamson-Dickie Mfg., a workwear company which owned Dickies, Workrite, Kodiak, Terra and Walls. Just one month later, VF announced the acquisition of Icebreaker Holdings, a company from New Zealand whose entire product assortment is based on Merino wool, plant-based fibers and recycled fibers. Full year results for 2017 were “better than expected”, with revenue increasing 7 percent to 11.8 billion dollars. 2 percent of the revenue growth is due to the Williamson-Dickie acquisition.

As more consumers turn to the secondhand market to acquire high-end clothing and accessories, luxury brands have opened fire against online marketplaces such as eBay in 2017. In December 2017, the highest court in Europe ruled in the favor of luxury brands, banning eBay and similar websites from selling their products. The ruling stated that these marketplaces cannot guarantee compliance with the luxury brands’ quality criteria, considering there’s no contractual relationship between them. This can ultimately harm the brands’ image, according to the ruling.

Perhaps in an attempt to prompt a change of heart among the luxury industry, eBay has taken some steps to fight counterfeiting and guarantee the quality of luxury goods offered on its platform. In October, the company launched eBay Authenticate, a white glove authentication service designed to help shoppers confirm the authenticity of luxury handbags sold via the platform. Items verified by eBay Authenticate are marked with a label and backed by a 200 percent money back guarantee. eBay had also partnered with Instantluxe.com four months prior, launching a dedicated platform to buy and sell authenticated luxury goods. 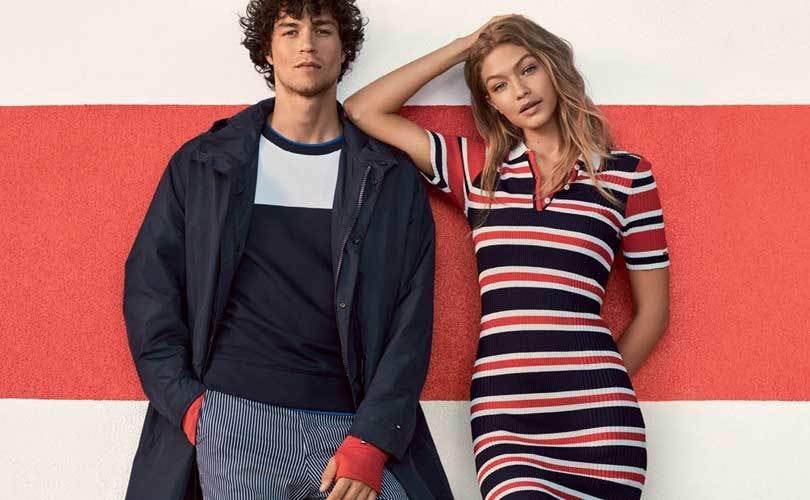 PVH Corporation, the company that owns Calvin Klein, Tommy Hilfiger and Speedo, among other brands, has moved up from 335th to the 332nd place on this year’s Fortune 500, thanks to a 9 percent increase in revenue in 2017, totaling almost 9 billion dollars. This is the eight time PVH Corp. appears on the magazine’s list. “We are proud to be recognized on this widely respected and prestigious list of leading companies,” said Emanuel Chirico, Chairman and CEO of PVH Corp.

2017 was not an easy year for Foot Locker. The footwear retailer reported a net loss of 49 million dollars or 0.40 dollar per share. The company’s stocks suffered their worst decline since 2008 on the second quarter of 2017. Annual sales in 2017 increased 0.2 percent. During the fourth quarter of 2017, the company opened 28 new stores, remodelled or relocated 45 stores, and closed 67 stores.

This is the 10th time Ralph Lauren appears on Fortune 500, but the fashion label suffered a significant drop in comparison with 2016, when it scored the 371st place on the list. Ralph Lauren implemented its “Way Forward” plan throughout 2017 aiming to return the company to profitable and sustainable growth. Measures included the closure of its flagship store in New York and the exploration of new, more cost-effective store concepts. 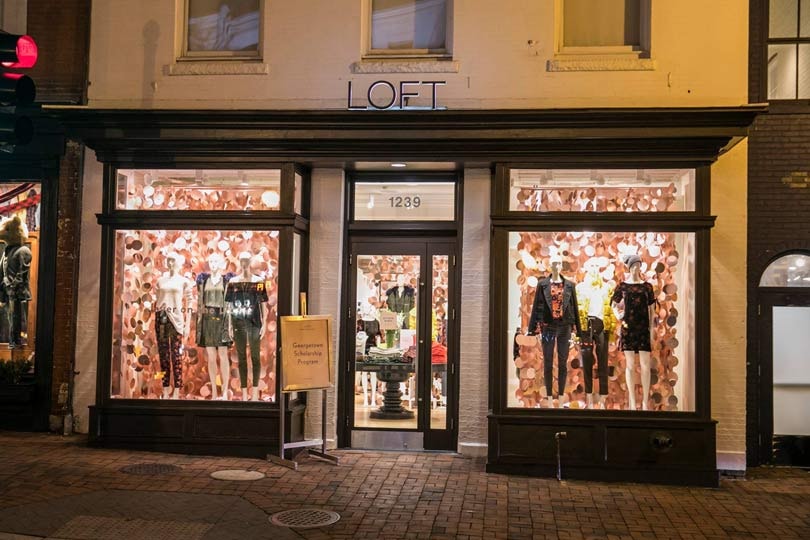 The parent company of Ann Taylor, Loft, Dress Barn, Maurices, Catherines and Lane Bryant, among others, has been struggling for quite some time. In 2016, the company announced a turnaround plan dubbed “Change for Growth”, aiming to save 235 million dollars on costs. Due to its difficulties, Ascena has gone from 384th place on last year’s Fortune 500 list to 384th this year. The company reported a sales decline of 5 percent from 2016 and plans to close 250 retail locations by July 2019 , while seeking rent concessions for 400 more stores.

The last fashion company to appear on this year’s Fortune 500 list is Hanesbrands, which holds brands like Wonderbra, Hanes and Champion under its umbrella. “2017 was a successful year during which we focused on diversifying our business to be able to consistently deliver annual topline growth,” said Chief Executive Officer Gerald W. Evans Jr., when announcing the company’s results for FY 2017. Net sales grew 7 percent over the period, securing Hanesbrands’ spot on Fortune’s list. The company fell just one place in comparison with last year’s ranking.