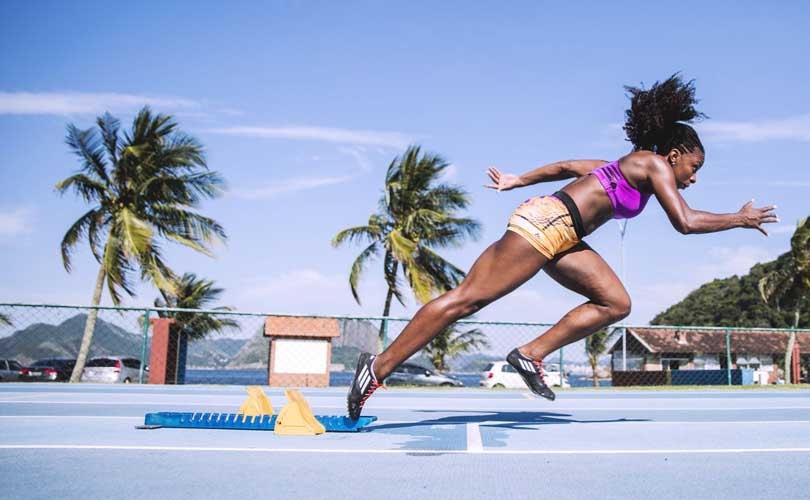 Adidas Group currency-neutral sales increase 21 percent in the second quarter of 2016, driven by strong momentum at both Adidas and Reebok. In euro terms, Group revenues grew 13 percent to 4.422 billion euros (4.928 billion dollars). In the first half of 2016, Group revenues increased 21 percent on a currency-neutral basis, due to strong double-digit growth at Adidas and mid-single-digit sales increases at Reebok. In euro terms, sales increased 15 percent to 9.191 billion euros (10.234 billion dollars).

“The stellar financial performance in the second quarter is proof positive that our strategy is paying off,” commented Herbert Hainer, Adidas Group CEO, adding, “This is fuelling the outstanding momentum we are enjoying across all regions and categories. And this will continue! It is the perfect platform to drive sustainable top- and bottom-line improvements for the years to come.”

Sales rise across brands and geographies

From a brand perspective, the Adidas brand grew 25 percent on a currency-neutral basis, driven by double-digit sales increases in the key performance categories running, football and training as well as at Adidas Originals and Adidas Neo. With the exception of Russia/CIS, where revenues grew at a mid-single-digit rate, Adidas recorded double-digit growth in every geography. Revenues developed particularly strongly in the key regions North America, Greater China and Western Europe, where sales increased by 32 percent, 30 percent and 30 percent, respectively.

From a market segment perspective, combined currency-neutral sales of the Adidas and Reebok brands grew in all segments in the second quarter of 2016, with double-digit growth rates in Western Europe, North America, Greater China, Japan and MEAA. Revenues in Western Europe increased 29 percent on a currency-neutral basis, driven by the UK, Germany, Italy, Poland, France and Spain, where revenues grew at double-digit rates each. Growth trends in North America and Greater China were equally strong, as reflected in currency-neutral sales increases of 26 percent and 30 percent, respectively.

All market segments posted currency-neutral sales increases in the first half, with double-digit growth across all regions except Russia/CIS, where revenues grew at a mid-single-digit rate. Despite significant pressure from negative currency effects, the Group’s gross margin improved 0.4 percentage points to 49.1 percent, driven by a more favourable pricing and product mix.

In the first half, at 9.8 percent, the operating margin was up 2.4 percentage points versus the prior year level excluding last year’s goodwill impairment losses. Consequently, net income from continuing operations, excluding goodwill impairment losses in the prior year, increased 60 percent to 641 million euros (713 million dollars). At 3.13 euros (3.48 dollars), diluted EPS from continuing and discontinued operations grew 65 percent.

Adidas Group has increased its guidance for the full year 2016 in light of the strong brand momentum and the outstanding financial performance in the first half of 2016. Adidas Group sales are expected to increase at a rate in the high teens against previously expectation of increase at a rate of around 15 percent on a currency-neutral basis in 2016.

The top-line development will be supported by double-digit growth in all regions except Russia/CIS, where sales are now forecasted to grow at a mid-single-digit rate. As a result of the increased top-line expectations and improved operating margin outlook, net income from continuing operations excluding goodwill impairment is now projected to increase at a rate between 35 percent and 39 percent to a level between 975 million euros (1,085 million dollars) and one billion euros (1.1 billion dollars).