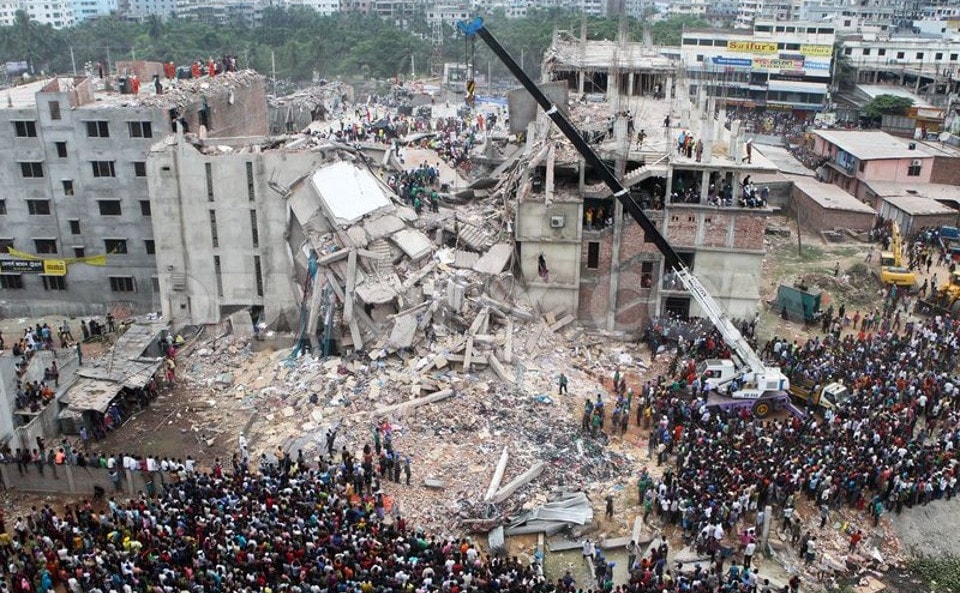 Just a few days before the second anniversary of the Rana Plaza disaster, when a building housing five garment factories collapsed and caused the death of more than 1,100 garment workers on 24th April 2013, Italian fashion house Benetton announced its contribution of 1 million euros (1.1 million US dollars/740,000 pounds) into a compensation fund for the victims.

Though by no means a paltry sum, campaigners are disappointed by the fact that the fund's target of 30 million US dollars has not been reached. It has fallen short by 8 million US dollars, which they hoped Benetton would cover.

“Benetton had a real opportunity to emerge as a leader and prove that its pledges of empathy, understanding and care for the welfare of the victims were not just some PR spin. Unfortunately, the true colours of Benetton are now revealed,” commented Ineke Zeldenrust, spokeswoman for the Clean Clothes Campaign.

As the last major international buyer to donate, Benetton had initially denied using any firms located in the Rana Plaza building and then promised a donation several weeks earlier after more than one million people signed a petition by campaigning site Avaaz, urging the Italian retailer to donate. Benetton said it doubled the amount advised by its accounting firm PricewaterhouseCoopers (PwC) and pointed to its previous donation in partnership with Bangladeshi NGO BRAC, claiming its total contribution to be 1.6 million US dollars.

“While there is no real redress for the tragic loss of life, we hope that this robust and clear mechanism for calculating compensation could be used more widely. For this reason, we decided to make the PwC report publicly available to all stakeholders,” said Benetton CEO Marco Airoldi.

The international labor unions InustriAll and UNI established the fund more than a year ago, hoping for all 29 international buyers to pay into it. Even though the target of 30 million US dollars has not yet been reached, the first payments to the victims have been made.