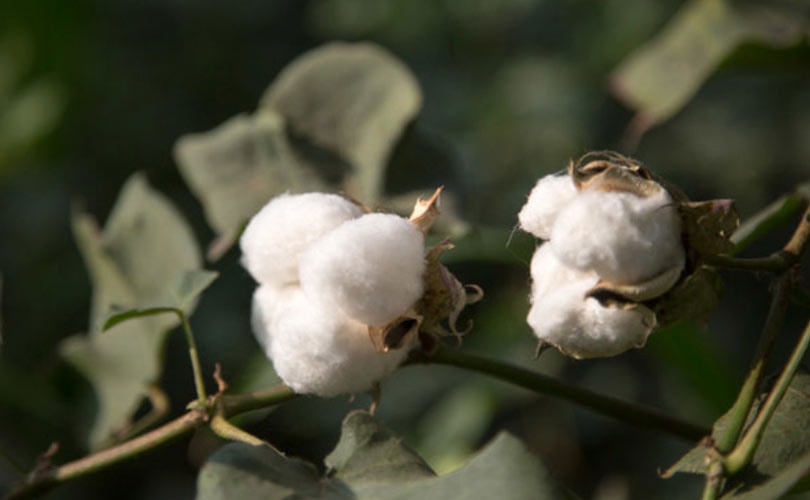 When the world’s fifth largest producer of cotton and the third largest exporter of raw cotton revives its organic cotton production, then this is reason to cheer as organic cotton uses about 70 percent less water than conventional cotton - not to mention less energy and fewer pesticides and insecticides. At the beginning of the month, Pakistan celebrated its first certified organic cotton bale a major breakthrough in its cotton sector.

The initiative has been funded by the C&A Foundation as well as WWF Pakistan who have been working together with Baluchistan’s Directorate of Agriculture Extension since 2015 on an initiative to promote organic cotton cultivation among small and marginal tribal farmers. Through the partnership, around 4000 smallholder farmers have been trained and now the first farmers are seeing the fruits of their labour.

“This is a landmark moment for the cotton sector in the country and we applaud the farmers in making this happen. While there is still more to be done in addressing the challenges related to non-GMO seeds and certification infrastructure, we believe that this is a promising start to the scale up of organic cotton in Pakistan”, said Anita Chester, head of sustainable raw materials for the C&A Foundation, in a press release of 6th February.

Already from 2002 to 2008/09, Pakistan cultivated organic cotton as well as Fairtrade cotton and achieved 289 tonnes of organic fibres last ten years ago. For the new initiative, it is expected that all cotton will be certified as organic and yield 15,000 metric tonnes by 2021 according to Chester when speaking to Ecotextile News.

“Together we have made a major breakthrough in the cotton sector of Pakistan that will benefit all stakeholders and the overall economy of Pakistan. We are proud of the contribution of the farmers in Balochistan”, said Hamad Naqi Khan, director general of WWF Pakistan.

In his remarks, Khaleeq Nazar Kiyani, secretary for agriculture of Balochistan, commended the efforts of the WWF Pakistan and Agriculture Extension team and said that the certification is, no doubt, “a step towards a more sustainable Pakistan”, adding that the production of organic cotton would propel the cotton sector into a new direction.

After the inauguration of the first organic cotton bale, a consultative workshop was conducted in which representatives from ginners, spinners, textiles, brokers and brands discussed how to establish a tenable supply chain of organic cotton in Pakistan.